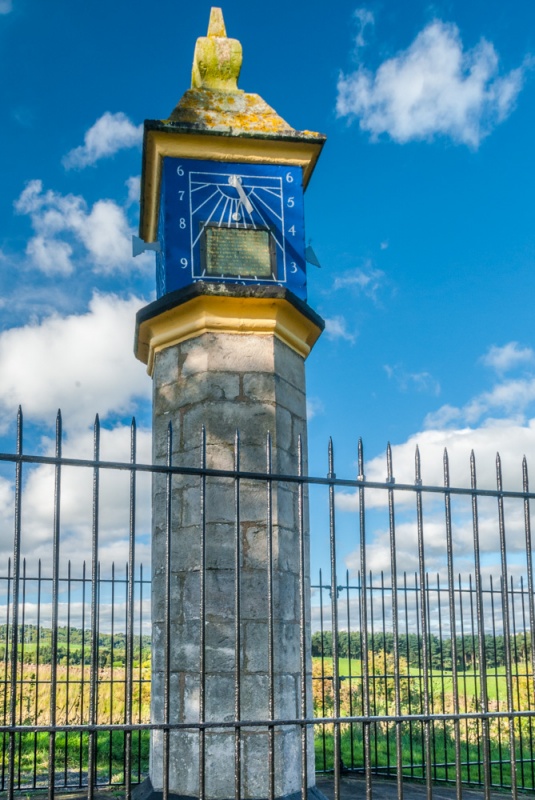 The Countess Pillar was erected by Lady Anne Clifford to mark the spot where, in 1616, she said goodbye to her mother, Margaret, for the last time. The story deserves a bit more explanation than those bald facts. It seems that when Lady Anne's father, the 3rd Earl of Cumberland, died, all his estates went to his brother, Lady Anne's uncle. Lady Anne believed that she had the right to the estates, and launched a long legal process to retrieve them.

Her mother was her staunch ally in her struggle to regain what she believed was hers by right, though she never saw the final outcome, for she died shortly after their last meeting.

In 1643, after 29 years of legal wrangling, Lady Anne won her court case and became the owner of her father's large Cumbrian estates. The pillar marks the location near the gates to the Brougham Castle grounds where she last parted from her mother. It is a simple column of stone topped by a painted, four-faceted sundial, topped with a gilded cupola.

Beside the Countess Pillar is a flat stone where alms were given to poor of the parish each year on the anniversary of Lady Anne's parting from her mother. Both Lady Anne and her mother are buried in the parish church of Appleby.

The tricky part of visiting the Countess Pillar is actually finding it! The pillar is immediately beside the busy A66 and can be reached only via a permitted footpath parallel with the roadway (thankfully protected by trees from the worst of the traffic noise). The footpath begins at a pull-by created by a new exit off the A66 onto the B6262 to Brougham. It is not at all easy to see the pull-by when exiting the A66 (it's on your left).

One easier option is to park at nearby Brougham Castle (English Heritage) and walk the short distance to the beginning of the footpath. 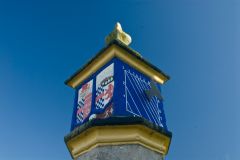 Nearest Accommodation to The Countess Pillar:

More self catering near The Countess Pillar >>

More Hotels near The Countess Pillar >>

More bed and breakfasts near The Countess Pillar >>