HERITAGE HIGHLIGHTS:   Tudor and medieval remains augmented in the 17th and 19th centuries. 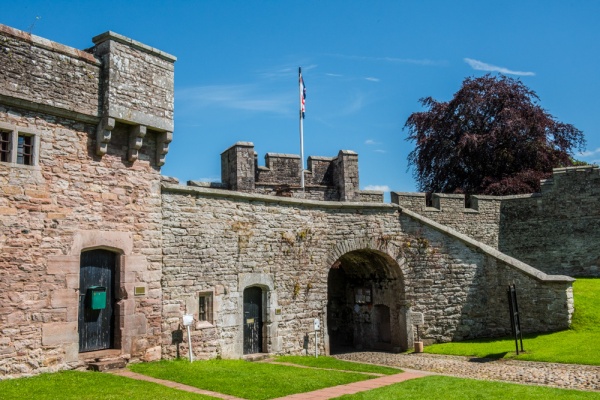 In a quiet village setting south of Penrith stands the remains of Brougham Hall, a 15th-century fortified house once owned by the de Burgham family, whose name probably morphed over time into the current form of 'Brougham'. There has been a fortified manor at Brougham from at least the 14th century and probably much earlier. 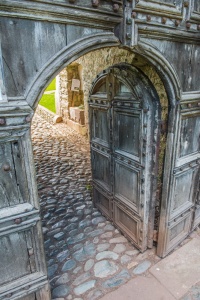 The 1520 door and
gatehouse entrance

The de Burgham family probably came to this area of Cumbria around the year AD 1000, and resided close to the site of the present Hall. The de Burgham line of male heirs died out in 1272, and the next evidence we have of Brougham Hall comes in 1307 when Richard de Brun was granted a license to crenellate. This is 2 years before Robert Clifford was given the right to crenellate neighbouring Brougham Castle.

The Hall as we see it today really began in 1480 when the Tudor Building was created, and 40 years later in 1520 the main entrance was built. The original entrance door is still in use.

Brougham is more than a house, however, it is a large complex of historic buildings encircled by a high curtain wall, including a manor house, stables, and a striking gatehouse. In the 17th century a pele tower was added to the complex. The medieval hall was the largest in Cumbria, measuring 103 feet long and 35 feet wide.

The Brougham family of Brougham Hall died out in 1608 and the estate eventually passed to Lady Anne Clifford, owner of nearby Brougham Castle. Lady Anne was a remarkable woman, and was responsible for restoring 14 castles during her lifetime. She restored the medieval Hall, and after her death in 1676 it passed to her agent, James Bird. Bird did more than simply continue the restoration; he greatly extended the Hall.

In a curious twist, the Brougham family regained the estate in 1726 when John Brougham of Scales purchased the estate for the enormous sum of £5,000. The restored Hall became the family seat once more.

The Hall was rebuilt yet again from 1829, and from 1860 it was the home of Henry Brougham, 1st Baron Brougham and Vaux, Lord Chancellor of Great Britain. Baron Brougham was a founder of the Edinburgh Review, and the man responsible for inventing the brougham carriage.

In 1838 he created the first carriage to bear his name, for he thought there was a need for 'a refined and glorified street cab that would make a convenient carriage for a gentleman'. So popular did the brougham carriage prove that it has been dubbed 'the Volkswagon of horse-drawn vehicles'. 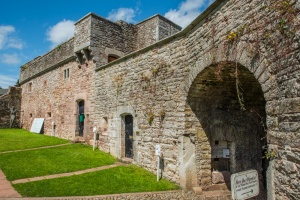 The Tudor block and gatehouse

He also holds the dubious honour of making the longest non-stop speech in the House of Commons, at six hours in length. In his youth he published a critical review of Lord Byron's 'Hours of Idleness'. Byron was so offended by the review that he challenged Brougham to a duel. During his long political career he helped push through the Reform Act of 1832 and the Slavery Abolition Act of 1833.

Under the 1st Baron and his son William, the 2nd Baron, Brougham became the haunt of politicians and royalty. Edward, Prince of Wales, the future Edward VII, and his son George, the future George VI, visited Brougham regularly from the late 1850s. The glittering social life at Brougham under the first two Barons gave the Hall its popular nickname, 'The Windsor of the North'.

The glory days at Brougham Hall did not last, however, and the Brougham family sold it in 1934. Sir Winston Churchill commandeered the Hall for secret military research during WWII, devoting some £20 million to developing a secret weapon known as the Canal Defence Light (CDL). The CDL produced an intense strobe effect, causing temporary blindness in enemy soldiers.

The technology was developed at Brougham from 1941-45, and Churchill visited twice in 1942 to see the work for himself. Unfortunately, the CDL was only used a few times in battle and was roundly denounced by opposition politicians as a waste of resources.

By the time the war ended Brougham Hall was a roofless ruin. It was in danger of complete decay until Christopher Terry stepped in. From 1985 Terry launched one of the most ambitious country house restoration projects in Britain, a project that is still underway decades later. Historic buildings inside the Hall's curtain wall were restored to serve as a home for local artists and businesses. There is a restored Tudor range, stable block, and brewery. 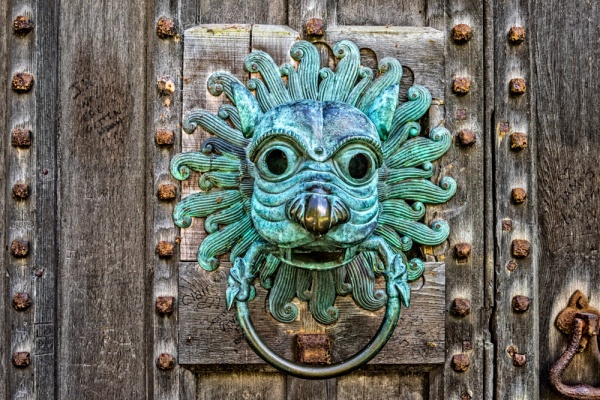 Most people have heard of the famous 12th-century bronze knocker on the door of Durham Cathedral, with the ferocious head of a beast holding an iron ring in its jaws. By tradition, any fugitive from the law who was able to reach the door and grasp the knocker would be granted sanctuary and protected from prosecution. The Durham knocker was moved for safety to the cathedral treasury and a replica created from a mould of the original.

A copy of the Durham knocker is set on the north door of the courtyard gate. The knocker has had a chequered history; it was cast in 1844, but after WWII it was stolen from the gate and sent to Sotheby's in London for auction. The Brougham trustees asked the Bishop of Durham for permission to use their mould to reproduce the lost knocker.

The Bishop agreed but the Dean and Chapter did not, so the Brougham trustees had to have a new knocker carved in wood, to exactly the same design, then a mould made of the carving, and finally, a knocker cast in bronze by the Collier foundry in Sussex. So, while the incredibly ornate bronze knocker we see today is exactly the same in every respect as the original 12th-century knocker, it is in fact relatively recent, cast in 1993.

The Hall is in the centre of Brougham village on the B6262. There is a free parking area opposite the Hall entrance. Chances are that you will drive past the Hall if you are heading for Brougham Castle, just east along the B6262.

Our family has visited several times and absolutely loved it. You really get an amazing sense of history walking up the cobbled ramp under the gatehouse. There is a display on the brougham carriage, and several useful information panels explaining the history of the hall, the Tudor gatehouse, and the Victorian quarters used by Lord Chancellor Brougham. Look for the sunken garden built in the remains of the Lord Chancellor's building.

Brougham Hall is free to enter during daylight hours. 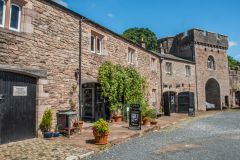 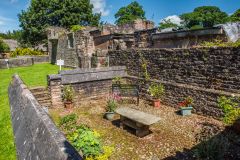 More self catering near Brougham Hall

Self Catering near Brougham