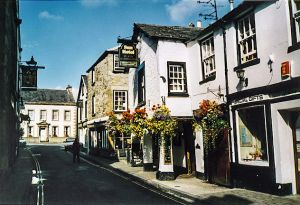 One of the larger towns in Cumbria and a gateway to the Lune Valley. The Victorian writer John Ruskin extolled Kirkby Lonsdale for its 'sweet river', and just north of the town is 'Ruskin's View', a beautifully scenic lookout. Kirkby Lonsdale was settled in Roman times, and an old Roman road runs through the town.

There also some attractive Georgian houses, and the 15th-century 'Devil's Bridge' across the Lune, said to have been built by the Devil himself. Author Charlotte Bronte attended school at nearby Cowan Bridge.

The most iconic sight in Kirkby Lonsdale is the three-arched medieval bridge across the River Lune. There seems to be some doubt over when the bridge was built; some estimates place it in the late 12th century, but other's place the date of construction around 1370. The eastern end of the bridge is punctuated with a sundial on an octagonal post. We don't know who built the bridge but it seems likely it was the work of the monks of St Mary's Abbey in York.

The bridge was later ascribed to the Devil. The story grew that the Devil appeared to an old woman and promised to build a bridge in exchange for the first soul to cross it. The woman agreed, so the Devil built the bridge. The clever old woman then threw a loaf of bread over the bridge and her dog chased it. The Devil had to take the dog and leave the bridge without a human soul.

Artist JMW Turner painted a view of the River Lune. Art critic and writer John Ruskin loved the painting and extolled the view in his writings, which drew Victorian tourists to the area. Ruskin's view can be reached via a path from the churchyard.

The ancient church of St Mary dates to the late 11th century, probably around 1093, but it is not the first church on this site, for there almost certainly was a Saxon church here. The nave features three large circular columns, one of which is decorated with a carving of a Green Man. The doorway is late 12th century and there are some very good 17th and 18th-century brasses in the chancel. Near the church is Cockpit Hill, begun as a motte and bailey castle by the Normans and later used for cockfighting.

One of the highlights of the Kirkby Lonsdale calendar is an annual festival called the Victorian Fair, with a recreated 19th-century atmosphere with street entertainment, stalls, a lively market, and demonstrations of Victorian skills. The Fair takes place during the first weekend of September. 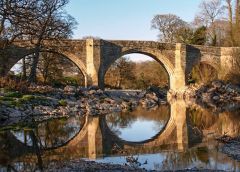 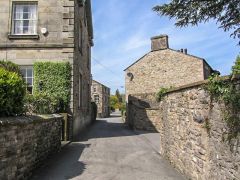 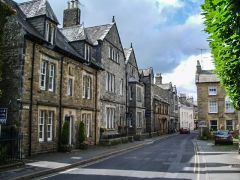 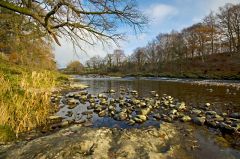 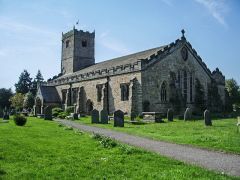 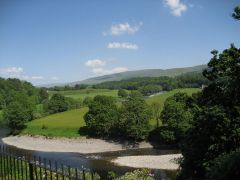 More self catering near Kirkby Lonsdale >>