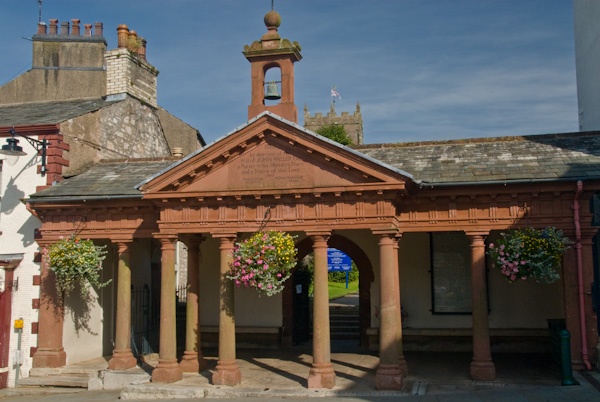 Kirkby Stephen
An attractive market town at the head of the Eden Valley, Kirkby Stephen boasts a 12th-century church known as the Cathedral of the Dales. Within the church is the Loki Stone, an 8th-century figure of the Norse god Loki in chains, as well as memorials to the Musgrave family (see Edenhall). 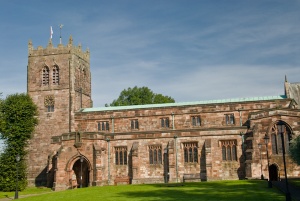 To the south of Kirkby Stephen is Pendragon Castle, reputed home of Uther Pendragon, father of King Arthur, but in actual fact a Norman stronghold.

Although there was a Roman presence in the area, we do not know of a settlement here until the Danish period in the 10th century. By 1090 the name of the town was recorded as Cherkaby Stephen, though there is no indication of where the 'Stephen' comes from (it is not, as is sometimes mentioned, the dedication of the parish church).

The word may come from the Saxon term 'stefan', or moor, in which case the name would mean simply 'Place of the church on the moor'.

Whatever the provenance of its name, today Kirkby Stephen is a prosperous-looking place. The central core is a conservation area, with mainly 18th and 19th-century buildings grouped about a small market square. Off the market square is the parish church, reached via a small decorative cloister.

The church dates to the 12th century and is so large that it has become known as The Cathedral of the Dales. In the early medieval period, the church income was given to St Mary's Abbey in York, and after the abbey was suppressed by Henry VIII it was granted to Thomas, the 1st Baron Wharton. The church possesses a 'Taggy Bell', rung at 8pm each evening to mark curfew, followed by a ring for every day of the month. Local parents used to tell their children that if they were not home by 8pm the 'Taggy' man would catch them.

In Vicarage Lane is the Kirkby Stephen Grammar School, founded in 1566 by the 1st Lord Wharton, whose grandiose tomb can be seen in the Wharton family chapel of the church. The school building was probably the original abbey tithe barn.

The Market Square grew up after the town received a market charter in 1353. There was a weekly market and two fairs each year. The market charter is still read publicly to celebrate St Luke's Fair in October. Market tolls had to be paid on the old tomb chest just inside the churchyard.

The 17th century Frank's Bridge is a local landmark. This was a 'corpse bridge', used to allow access for mourners carrying coffins to the church in Kirby Stephen from neighbouring villages. You can still see stones on the end of the bridge where bearers rested the coffins. The bridge is reportedly haunted by the ghost of a prisoner from Hartley Castle who drowned in the river.

On Market Street is Little Wiend, one of several old narrow lanes meant to deter invading Scots from entering the town too easily. On Little Wiend is the entrance to Arcade Royal, named for the supposed visit of a royal princess (though no one seems certain which princess was involved). Nearby is Faraday House, once a non-conformist chapel where the parents of scientist Michael Faraday once worshipped.

More self catering near Kirkby Stephen >>