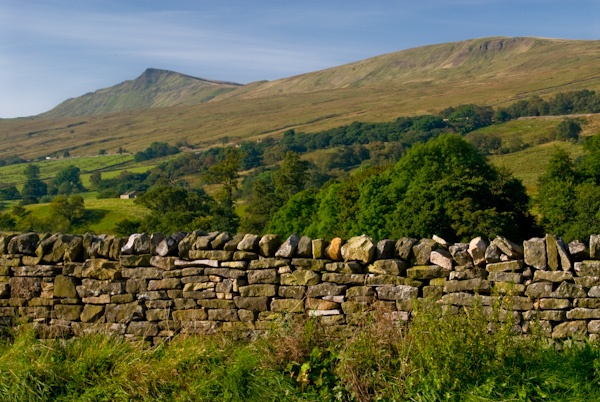 The Eden River begins on the verges of the Yorkshire Dales National Park and runs north through Cumbria before looping west to the sea at Carlisle. On the way, the river passes through beautiful open countryside which has remained untrammelled by the throngs of tourists flocking to the Lake District further west.

The valley is broad and the hills flanking it are low, giving a sense of wide-open space. The countryside is given over to farmland, with open fields edged by hedgerows and drystone walls.

This is excellent walking country and there are numerous paths to choose from, including those that criss-cross the North Pennine AONB (Area of Outstanding Natural Beauty) to the east of the valley. For more vigorous walking, the Pennine Way National Trail touches on the Eden Valley at Appleby-in-Westmorland as it wends its way towards Scotland.

Appleby is a good base for a visit to the Eden Valley; large enough to boast a variety of accommodation and services, yet small enough to give a feeling of "getting away from it all". 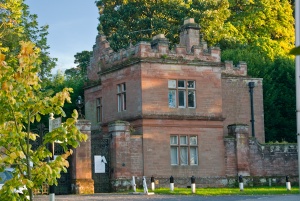 Appleby Castle was founded in 1100 by Ranulf le Meschin, who may have founded the town at the same time. The great square keep of the castle was built sometime around 1170, when the property was owned by Hugh de Morville. De Morville had the property confiscated for his part in the murder of Thomas a Becket. Eventually the castle passed to the de Clifford family, and around 1688 the hall block was remodelled into a luxurious mansion.

For a more rambunctious experience, visit Appleby in early June, when the Appleby Horse Fair takes over. The fair, in continuous existence since 1750, is Britain's largest gypsy gathering, and hundreds of tradition horse-drawn caravans converge on nearby Gallows Hill, along with more modern motor-driven gypsy vehicles.

If you prefer a more sedate experience, try the Settle to Carlisle steam railway, which stops at most points along the Eden Valley. In the Victorian period the line was known as the most picturesque route to Scotland, passing over 17 viaducts and through 14 tunnels on its way north.

For tours and charters on the Settle-Carlisle Railway see:
http://www.settle-carlisle.co.uk/

At Acorn Bank near Temple Sowerby, the National Trust operates a water mill dating back to 1597. Surrounding the mill is a superb walled garden notable for its profusion of spring blooms, especially daffodils and wood anemones, plus a sunken garden, and a world-famous collection of culinary and medicinal herbs.

Just north of Little Salkeld is Long Meg and Her Daughters, a stone circle boasting 59 stones covering an oval roughly 100 feet by 94 feet. Legend tells that the stones were witches who were petrified by a wizard. The story goes on to say that the stones are uncountable, and if anyone should manage to arrive at the same total twice, the spell will be broken. 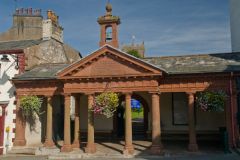 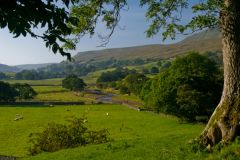 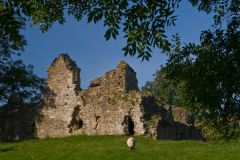 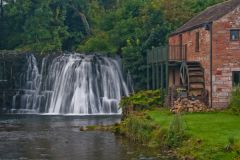 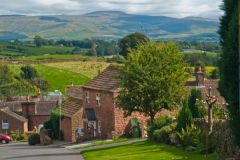 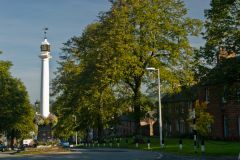 About Eden Valley
Address: Kirkby Stephen, Cumbria, England
Attraction Type: Countryside - Valley
Location: The Eden River flows from the verges of the Yorkshire Dales to the sea near Carlisle. The most popular places to base a visit are the market towns of Kirkby Stephen, Alston, or Penrith.
Location map
OS: NY715195
Photo Credit: David Ross and Britain Express

More self catering near Eden Valley