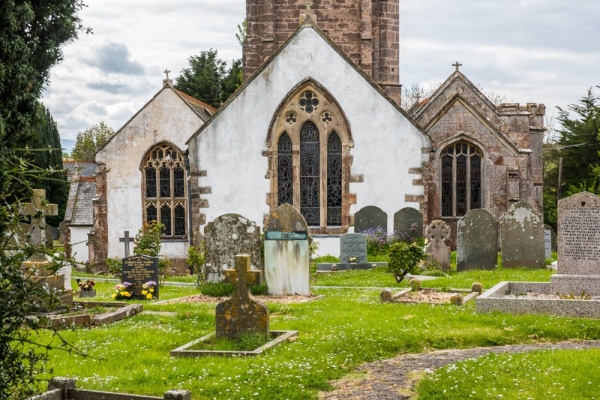 On a hill overlooking Watchet and the Bristol Channel stands the medieval church of St Decuman. The first record of a church here comes from 1245, but the story really begins in the 6th century when Decuman, A Welsh monk, sailed across the Channel from his monastery in Pembrokeshire, bringing a cow with him in his coracle.

Decuman's name probably comes from a Latin term for a smallholder who paid a tithe. That suggests that his family lived at the very end of the Roman administration in Britain, in the early 5th century.

Decuman settled near the present church site and established a holy well (other versions of the story suggest that the well was in existence for as much as a century before Decuman's arrival). The restored well can be visited via a pathway just downhill of the churchyard. One day a pagan is said to have cut off the top of Decuman's head. The saint picked up his scalp and carried to the holy well, where the waters healed him.

The oldest part of the church is the chancel, which dates to the late 12th century. It is unusually long and wide, perhaps enlarged to make a home for St Decuman's shrine. The chancel is painted white with limewash, in contrast to the north aisle and tower which were made of red sandstone in the 15th century. In the chancel wall is the original church entrance door. The floor of the 15th-century south porch is paved with blocks of slate set on end to create an unusual chequerboard pattern.

Near the south door is the 15th-century font, and on the wall is a list of vicars dating back to 1310. One unusual feature of this list is that the name of the reigning monarch is shown beside each vicar's name. 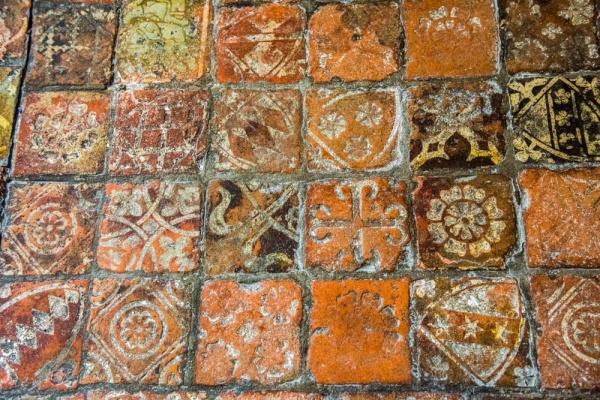 The north aisle pillars have canopied niches where you can see carved figures of saints, angels, and the Doctors of the Church.

A beautifully carved rood screen stretches the entire width of the church. The oldest part of the screen is the base section separating the aisle from the Lady Chapel. Here you can still make out faded medieval painting.

The chancel floor is surfaced with 13th-century floor tiles, probably brought here from nearby Cleeve Abbey. The wooden altar rails date to the 17th century. In the north wall of the chancel is a 13th-century lancet window with stained glass depicting the coat of arms of Edward I.

In the north-east corner of the church are several monuments to the Wyndham family, benefactors of St Decuman's since the 15th century. The earliest memorial is an altar tomb commemorating Sir John Wyndham (d 1574) and his wife, Lady Elizabeth Sydenham (d 1571). Rather than effigies the top of the tomb has two inset memorial brasses, showing Sir John in full armour and Lady Elizabeth in an exquisite full-length gown. The detail of the brass carving is outstanding.

The Wyndham family originally came from Norfolk. Sir John accompanied Mary Tudor, Henry VII's sister, to France for her marriage to Louis XII in 1514. Some years later he was visiting his sister Margaret, who was married to Sir Andrew Luttrell of Dunster Castle. On the visit, he met Elizabeth Sydenham, owner of the Sydenham estate at Orchard. The couple married in 1528 and, according to the inscription on the tomb, they had six daughters and four sons together in a marriage lasting 44 years.

On the east wall of the north aisle are the brasses of Sir John and Lady Elizabeth's son John and his wife Florence, set in a base of black Tournai marble from France. 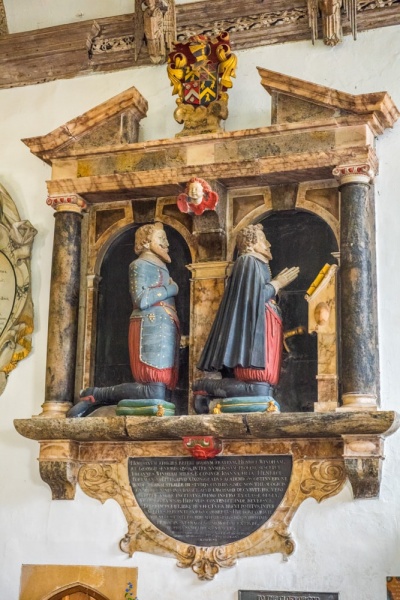 Sir John Wyndham married Florence Wadham in 1558. The following year Florence became pregnant, but just before she was due to give birth she was suddenly struck down by an unknown illness and was pronounced dead. Sir John was overcome with grief, and Lady Florence was buried in the family crypt beneath St Decuman's Church.

The family returned home from the funeral, only to hear a knocking at the door. When servants opened the door they found Lady Florence, clad in her grave clothes. The servants panicked and refused to let her in, thinking that she must either be a ghost or a witch. As for Sir John, he was so stricken that he fainted and was carried to his bed.

In the morning they opened the front door only to find Lady Florence, very much alive, in the throes of labour. She gave birth to a son, John Wyndham II, from whom the Wyndham family of today are descended.

Piecing together the story afterwards it was clear that Florence had been unconscious. At the burial, the sexton, a man named Thomas Hole, spied the expensive rings on her fingers and decided to steal them. He returned to the crypt that night, prised open the coffin, and attempted to cut the rings from Florence's fingers.

The pain of the knife shocked Florence out of her stupor. She stirred, terrifying Thomas Hole, who fled from the church and was never seen again. Florence managed to extricate herself from the coffin and stagger to her home. Florence certainly had an eventful life; years later she was due to give birth again but was caught out away from home so was forced to give birth to twins at the Bell Inn in Watchet. 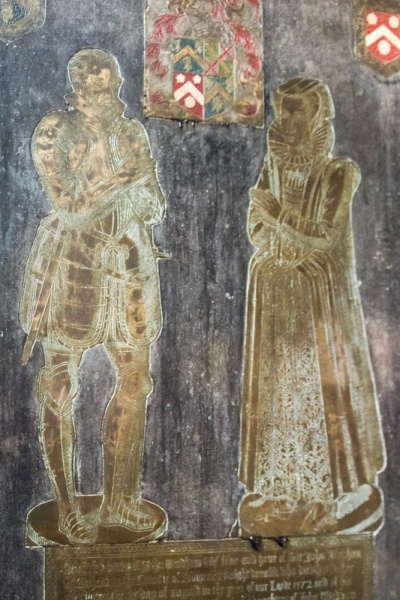 On the north wall is a much later memorial to Sir George Wyndham, 4th Earl of Egremont (d 1845) and his wife Jane (d 1876). The couple died childless, so the Orchard Wyndham estate passed to a distant cousin. On the north wall is a very large monument to two brothers, Henry Wyndham (d 1613) and George Wyndham (d 1614), each kneeling figure beautifully painted. Above them runs a series of small funeral helmets, much too small to be worn, made purely to be carried in a funeral procession.

In the floor of the chancel is a beautiful brass to Edmund Wyndham (d 1616), with an inscription beneath his feet and four coats of arms surrounding him. Another brass commemorates Sir John Wyndham (d 1645), his wife Joanna, and their son William (d 1683).

The local visitor information centre has a very good free leaflet on the Wyndham family memorials.

Look for the richly decorated 1688 box pew where the family sat during services.

The nave and aisles are topped with wagon roofs decorated with beautifully carved 13th-century figures of angels. The roof bosses are also ornately carved and each one is unique. The vaulting ribs terminate on a wall plate with an angel figure. Most of the angels carry shields, while those on the north side of the south aisle carry the instruments of the Passion.

St Decuman's Church is usually open to visitors and was open when we visited on an overcast day in late spring. 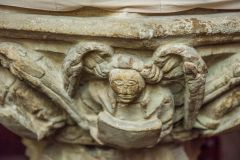 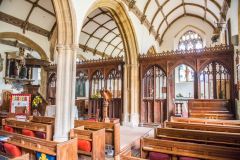 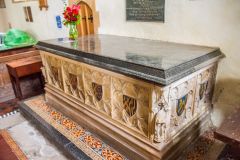 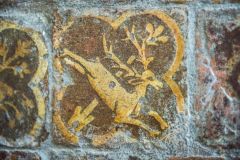