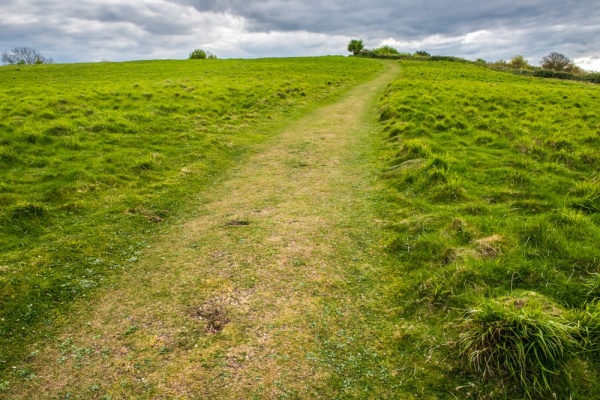 On an exposed clifftop overlooking Watchet, Somerset, stands the site of a Saxon fortification known as Daws Castle. The castle was founded in the 9th century by King Alfred to protect the region from attack by Viking raiders. Daws Castle was more than a castle; it formed part of Alfred the Great's system of burhs, fortified towns that acted not only as a stronghold but as a carefully organised administrative centre.

The royal origins of Daws Castle gave it a high status, which was emphasised when the castle was given its own mint. The mint was one of only a few in Somerset and produced coinage as early as the reign of Aethelred II (1978-1016). It was mentioned in the Burghal Hidage list; a royal document listing fortified towns built in southern England to counter the threat of Viking attack.

The Anglo-Saxon Chronicle also mentions Daws Castle and says that in the year AD 914 a raiding party sailed up the Severn Estuary but the defenders of Daws Castle foiled their attack.

By medieval period the castle was abandoned in favour of a settlement to the east that grew up around the harbour of what is now the town of Watchet. So you could realistically say that Daws Castle was the first Watchet.

The Domesday Book of 1086 makes no mention of a fort at Watchet, suggesting that the site had already been abandoned and a mint re-established at what is now Watchet.

Do not come to Daws Castle expecting to see high stone walls and a fairy tale turreted keep. The Saxon fortifications survive only as low earthworks aligned roughly east-west and enclosing an area of about 2ha (about 5 acres). The scarp as we see it today reaches 2m in height in places. 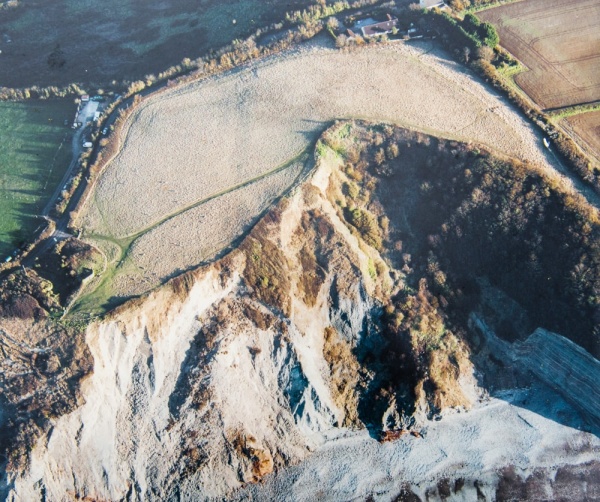 The northern part of the Saxon enclosure has disappeared, a victim of coastal erosion. The remaining bank is about 180m long. It was built in two phases. The first phase was during Alfred the Great's reign (871-899) or perhaps, even earlier (see below). This earthen bank was strengthened by a low stone wall.

The second phase occurred in the 10th century, probably during the reign of Aethelred in the 990s, and involved the construction of a larger and stronger wall, with a bank to the rear and a ditch and berm in front. This second phase probably defined the burgh of Weced (Watchet).

Excavations on the site have unearthed burials from the 5th century.

The castle site was found during the 19th century when lime kilns were built at the eastern end of the field. You can still see remains of the lime kilns, which, at first glance, you might take for masonry remains of the castle itself.

It should be noted that some archaeologists have disputed the traditional story of Daws Castle, and suggest that it was established a century before King Alfred, during the 8th century, though its purpose was the same; to defend the coast against Viking raids. If so, King Alfred may have taken advantage of an existing fortification, or perhaps he put his efforts into building up the defences at Watchet. 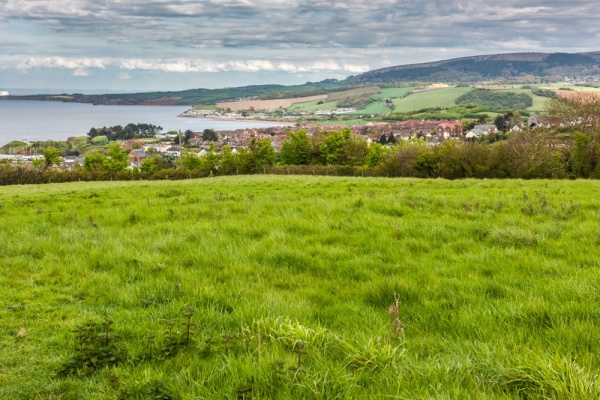 Looking down on Watchet from Daws Castle

Getting to Daws Castle is not straightforward. There is no parking area, and no obvious signposts, so the only realistic way to reach the castle is on foot from Watchet town centre, following the South West Coast Path.

We parked on a side street in the town and walked up the steep hill on the B3191 heading west along the coast towards Carhampton. There is a sidewalk part of the way up the hill but after that you have to walk along the road itself, sometimes stepping into the brambles to avoid cars heading towards you.

Near the top of the hill you will come to a gap in the hedgerow and a signposted path heading to a fenced field by the edge of the high cliffs. There you find an English Heritage information panel explaining the history of the site.

The information panel shows an aerial photograph of the castle site, which is very useful in interpreting the field in front of you. Even then, it is difficult to determine what you are looking at. It would be so much more enjoyable to visit Daws Castle if there was better signposting, but the location on the clifftop is wonderful, with excellent views along the coast. 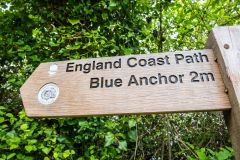 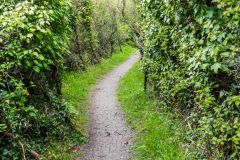 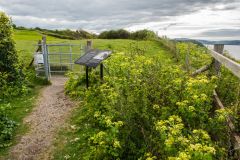 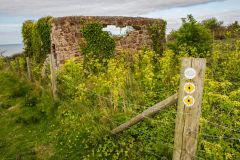 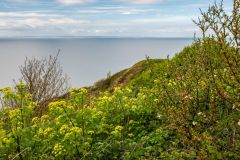 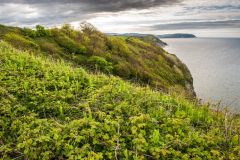 More self catering near Daws Castle