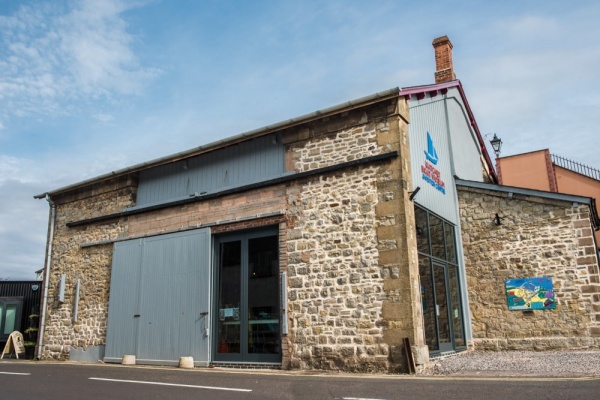 The Watchet Boat Museum is home to the largest collection of flatner boats in the world. These traditional boats, popularly known as 'flatties', where used along the shore of the Bristol Channel, where the shallow water would expose a large expanse of mudflat at low tide.

To navigate these shallow waters a flatner boat did not use a keel and had a bow at each end.

Watchet fishermen would take their flatner boats out when the tide was at its highest but they always followed the course of channels to minimise the chance of being stranded on the flats when the tide receded. The star exhibit is the last known example of a sea-going flatner boat.

In addition to flatner boats, the museum houses boats made to transport cut and dried blocks of peat to market.

Not only are the displays of Flatner boats historic, so is the museum building itself, which was designed by the famous Victorian engineer Isambard Kingdom Brunel in 1862 to serve as a goods shed for the Bristol and Exeter Railway. 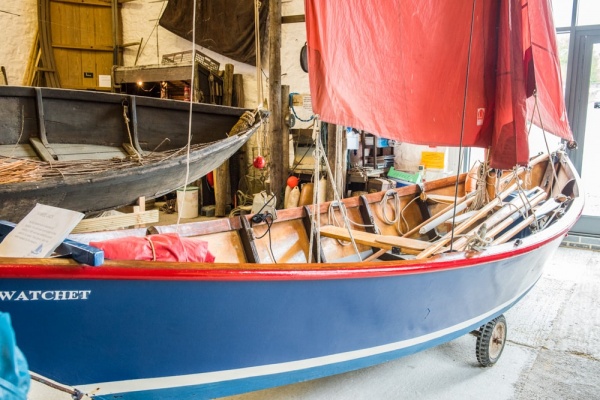 Though the museum is relatively small, the exhibits are fascinating and really do give an insight into the life of a flatner fisherman, with examples of boats, maps, nautical knots, fishing gear, old photographs, archives, model boats, and a fascinating display showing the variety of uses that withy can be put to.

Look for the withy boat, used on the rhynes (drainage channels) of the Somerset Levels for carrying bundles of cut withies.

One fascinating display is a 'mud horse', a peculiar contraption like a sledge, used to navigate the mud flats and lay out nets to catch shrimp, cod, eels, and sea bass.

There are hands-on children's activities, making this a good place for families on a rainy day. Children will enjoy the working model of a block and tackle that shows how even the smallest child can lift a large, heavy object.

Not every exhibit has a direct connection to boats; one that caught my eye was a display on the history of 'Watchet blue' cloth, a coarse woollen cloth dyed with woad. Traditionally, most flatner boats were painted this same steel-grey shade of blue. But did the coloured cloth get its name from the boat or vice versa? Mary, Queen of Scots is reported to have worn 'stocks [stockings] of worsted coloured watchett' to her execution, and Charles I wore a waistcoat of Watchet cloth to his own execution in 1649. 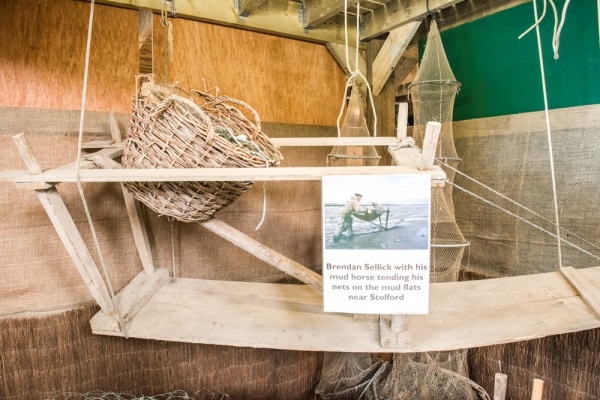 Another exhibit tells the story of John 'Yankee Jack' Short, a famous sailor whose renditions of over 50 traditional sea shanties was transcribed by folk-song researcher Cecil Sharpe in the 1920s. When Yankee Jack died in 1933 at the age of 94 he was given an obituary in The Times - the first Able Seaman to be awarded that distinction. Among the shanties we owe to Yankee Jack are the classics Shenandoah, Rio Grande, and A-Rovin'.

The museum has been described as 'quirky', which is a pretty good description.

The museum is run by the Friends of the Flatner Association and also houses the Watchet Tourist Information Centre, where you can pick up useful information on exploring the area. As of this writing, the museum is free to enter. 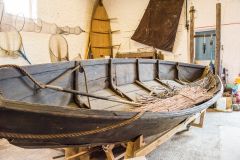 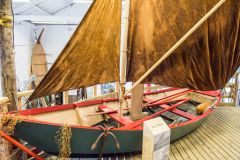 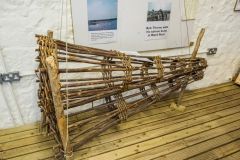 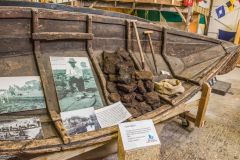