HERITAGE HIGHLIGHTS:   The well dates to at least the 7th century 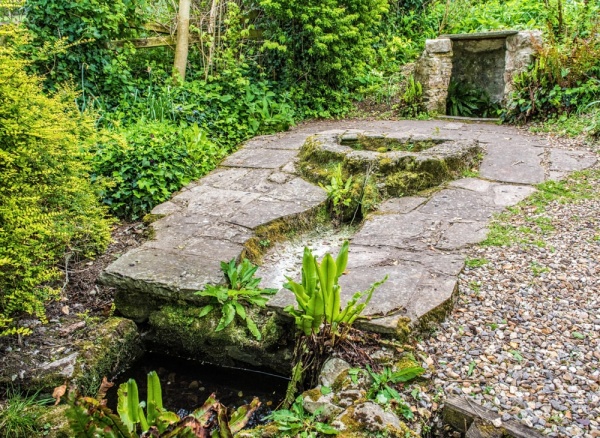 On a wooded hillside near the 12th-century church of St Decuman near Watchet, is an ancient holy well associated with St Decuman, a Celtic saint. The well-head is a very simple chamber of stone walls capped by a flat stone roof. From the open doorway, water runs downhill into a series of three stone basins linked by stone-lined channels.

Decuman (d 706) was a Welsh missionary who arrived in Somerset from his home in Pembrokeshire, floating on a raft made by his cloak and accompanied by a cow. Decuman was a native of Rhoscrowther in Pembrokeshire and the son of noble parents. He wanted to escape from the worldliness of his homeland and floated across the Bristol Channel to become a hermit. Here he healed the sick and acted as a pastor to the inhabitants.

The name Decuman is unusual; it comes from the Latin for a farmer of tithes, that is, a smallholder who paid a tithe, or rent, for his farm. The name suggests that he or his family lived at the very end of the Roman administration of Britain. That hypothesis presents a problem, though, as the Romans left in the early 5th century, and Decuman is said to have died in the early 8th century. It is possible that the traditional date of Decuman's death is wrong; the date seems extremely late for a Celtic saint. 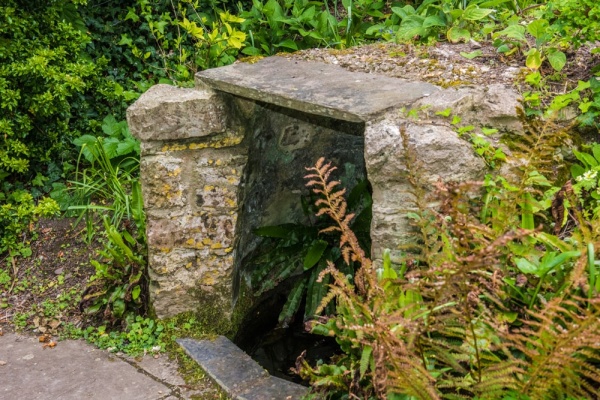 Most holy wells have interesting folk tales associated with them and St Decuman's is no exception. According to tradition, pagan robbers assaulted Decuman in his hermit cell and struck off his scalp. Decuman merely picked up his scalp, carried it to the well, washed it, placed it back on his head, and was instantly healed.

Another, more dramatic version of the story says that Decuman's entire head was lopped off, whereupon he carried it to the well, washed it in the healing waters, put it back on his shoulders, and carried on with life as normal.

Yet another version says that Decuman's attackers were not robbers but merely locals who did not want his Christian preaching. They attacked him in his cell but when they struck off his head, the spring gushed out of the ground where his head fell. This tale of holy water gushing out of the ground where a saint is killed is a common motif in hagiography.

The locals were so impressed by this miraculous feat that the came together and helped Decuman build a church near the holy well. That simple church was later rebuilt in stone and became the attractive medieval building we see today. 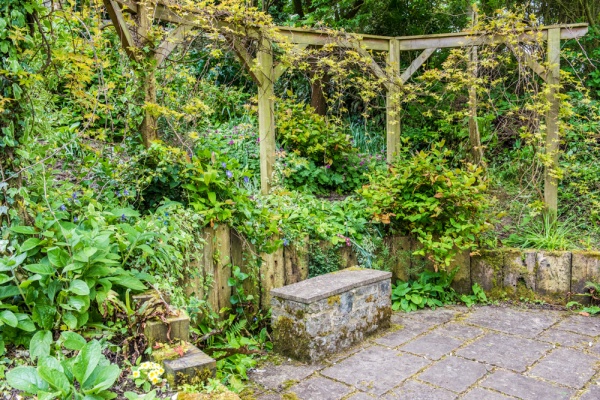 A quiet area for contemplation

This version of the story suggests that the well was not holy until Decuman's miraculous escape from death. Another, perhaps more plausible, version of the story says that the well was in use by Celtic pagans long before Decuman's arrival in Somerset and was already considered a holy place. Decuman's escape from death was simply one stage in the well's history and one that gradually made the holy well a place of Christian veneration instead of pagan ritual.

This dual origin helps explain why a recent restoration of the holy well was a joint effort between the church and the local Pagan society. Both pagans and Christians visit the well today and both consider it a holy site, or at least a site worthy of veneration.

The holy well is approached through a picturesque gateway, with steps leading down to a beautiful garden of contemplation on one side and the well-head and stone basins on the other. By the well is a modern stone inscribed with the Biblical phrase, 'God Breathed and man became a living soul. Genesis 2.7'.

This really is a beautiful and moving place, a place to sit quietly and soak up the ambience.

Do take the time to explore the nearby church, with its wealth of memorials to the local Wyndham family, lords of the manor. 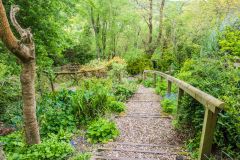 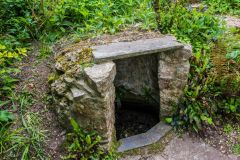 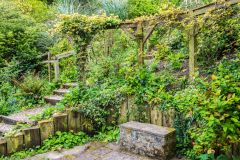