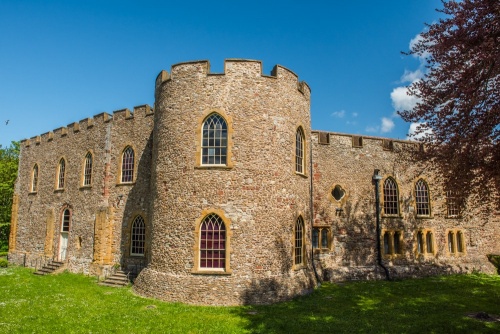 The Museum of Somerset stands within the historic confines of 12th-century Taunton Castle in the centre of Taunton, the county town of Somerset. The museum tells the story of Somerset from prehistoric times, exploring the history, geography, and archaeology of the county.

Not just a collection of exhibits, the museum uses sound and images, with recordings of Somerset people past and present to bring home the fascinating tale of how the county developed. There are interactive exhibits which will appeal to all ages.

As a part of the Museum of Somerset, you can visit the Somerset Military Museum.

Some of the most popular exhibits include the Frome Hoard, the largest single stash of Roman coins ever discovered in Britain, and the Low Ham mosaic, a Roman treasure dated from the 4th century. The mosaic is the oldest object in Britain to tell a complete story; in this case, the tragic love story of Dido and Aeneas.

The castle was built by William Gifford, Bishop of Winchester from 1107-1129. Parts of Bishop Gifford's fortress still survive, though the castle was rebuilt and enlarged in the 13th century and again in the Tudor period. After the English Civil War, the castle was used for regular assizes, when visiting judges would hear criminal cases.

Taunton Castle was the scene of historical drama in the aftermath of Monmouth's Rebellion in 1685 when the infamous Judge Jeffreys' Bloody Assizes was held in the great hall here. The prisoners awaiting trial were kept in the 13th-century undercroft, where you can now visit the 'Rebellion' gallery and relive the events.

The gallery has recreated a prison scene, where Monmouth's supporters await their fate and nooses hang ready to receive them.

In 1786 Taunton Castle was purchased by Sir Benjamin Hammet, who altered the Tudor structure. It was sold to the Somerset Archaeological and Natural History Society in 1874 as the setting for its new museum.

One display tells the story of Somerset's most famous soldier, Field Marshal Lord Harding, who fought in WWI, commanded the Desert Rats in WWII, was named Chief Imperial General of the Staff (the highest senior appointment in the British Army) after the war, and ended his career as Governor of Cyprus.

This magnificent mosaic floor is one of the finest Roman artefacts in Britain. The mosaic depicts the tragic love story of Dido and Aeneas, as it was related in the poems by Virgil around 25 BC. The mosaic was discovered in the bath complex of a Roman villa at Low Ham, near Langport, where it formed part of an entry to a cold plunge pool. The mosaic was made of over 120,000 individual coloured tiles, or tesserae, made from local limestone and clay. The mosaic was created around AD 350. A collection of 9,238 Roman silver coins known as denarii was found at Shapwick, on the Somerset Levels. The hoard had been buried under the floor of a Roman villa sometime around AD 225 and never recovered. We can only speculate as to why the owner buried the coins; perhaps it was a time of turmoil and s/he was afraid of theft. Whatever the reason, it is one of the largest hoards of Roman coins ever found in Britain.

This extraordinary wooden boat is over 2000 years old. It was made from an oak tree felled around 350 BC. It survived because it lay buried in peat until its discovery in 1906. A flat-bottomed canoe like this was common in the low-lying marshes that covered most of Somerset until the medieval period.

This superbly carved limestone panel stood behind the high altar in St John's Church in Wellington. It was carved around 1500. The carvings were defaced during the Reformation and the reredos was taken down and used as a paving slab at the altar base. You can still see traces of medieval paint around some of the richly carved figures.

The oldest inscribed bell in Somerset, the bell was cast around 1320. around the bell's rim is a Latin inscription reading 'AVE MARIA GRACIA PLENA DOMINUS TECUM', which forms part of the 'Hail Mary'.

This extraordinary cabinet was made by John Stevens of Taunton for the 1851 Great Exhibition at the Crystal Palace in London. The Great Exhibition was held to showcase the finest examples of British art and design, and the Taunton Cabinet certainly fits that bill; the elegant cabinet legs are decorated with male figures, each representing a different 'Age of Man'. The figures are linked with carved garlands depicting flowers commonly grown in Taunton at the time. On the top of the cabinet is a figure of Peace, her hand resting upon a globe. Look for the list of rebels convicted at the Taunton Assizes in 1685 for their role in the Duke of Monmouth's rebellion. The Assizes were held in Taunton Castle, and of 514 rebels tried, 144 were sentenced to be hanged, drawn, and quartered.

In the castle courtyard, outside the main museum entrance, stands a complete medieval timber-framed building erected on St James Street in Taunton as a home for a poor elderly person around the year 1300. The building we see now was originally two buildings that formed part of a row of similar almshouses pulled down in 1897.

When the almshouses were destroyed the oak frames of two were salvaged. The best timbers from each house were combined to make one complete timber-framed structure. The interior of the almshouse has been furnished to show what life was like for inhabitants of the almshouses during the Middle Ages, with a hearth and a stair leading to a straw-filled mattress on the upper floor. 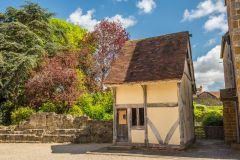 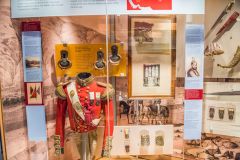 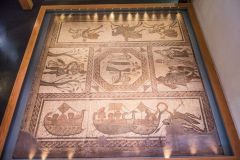 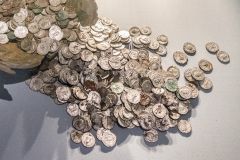 More self catering near Taunton Castle (Museum of Somerset) >>

More bed and breakfasts near Taunton Castle (Museum of Somerset) >>

Positioned adjacent to the owner s impressive 17th century farmhouse and 330 acre working dairy farm this property enjoys a tranquil rural location. Lying in the vale between the Quantock …
Sleeps 4 This delightful semi-detached cottage rests in the heart of Kingston St Mary in Somerset, and can sleep three people in two bedrooms.
Sleeps 3