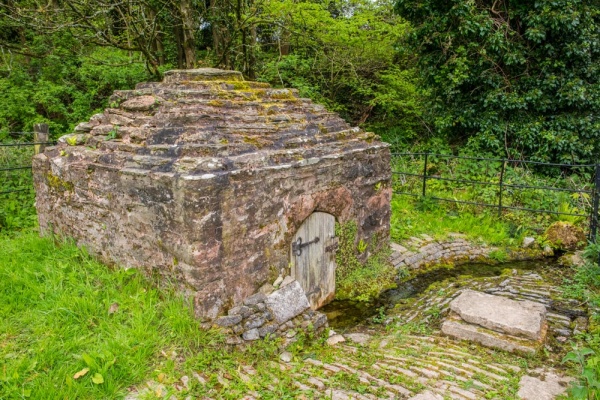 On the edge of a field beside the historic manor house of Cothelstone Manor stands an ancient holy well, or spring, dedicated to St Agnes, the patron saint of engaged couples. The dedication to St Agnes traditionally made the holy well popular with lovers, and the water was said to be good for helping find a romantic partner.

Aside from helping find romance, the well water was also thought to be helpful for curing sprains and helping deal with sore eyes (in exchange for an offering of pins). Other properties attributed to the well waters include aiding fertility and divining the love of a particular person. Virgins traditionally came to the well on 21 January (St Agnes Feast Day) to divine their future husbands.

Curiously, though local tradition suggests that the well waters were very powerful, many local people refused to go near the well as it was said to be the home of mischievous pixies. The nearby stream, fed by the well waters, is known locally as 'Pixie Stream'.

The well-house that covers the natural spring may have been inspired by the very real story of Agnes Cheyney, who married Edward Stawell, lord of Chothelstone Manor. Agnes Cheyney was the daughter of John Cheyney of Pinhoe in Devon. She married Edward Stawell in 1509 and it is possible that the well-head dates from that time and was originally known simply as 'Agnes Well', with the connection to St Agnes a much later and fanciful addition based purely on the similarity of the names. 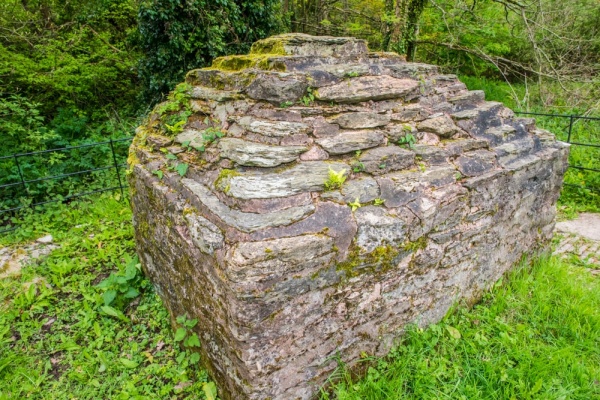 The restored well-head from the rear

The well-head that covers the spring dates to the late medieval period, sometime between 1300-1500. It is square at the base, rising to a corbelled roof of diminishing size as it nears a rectangular peak about six feet from ground level.

At the base of the well-head is a small wooden door in Gothic style, hinged and padlocked. Beside the doorway is a stone inscribed with the words 'St Agnes'. This was probably added during a Victorian restoration of the site.

Water flows out beneath the door into a channel leading to an oval pool. At the far end of the pool is another stone channel leading away downhill and into a neighbouring band of trees. The area around the water channel is heavily cobbled, and on the cobbles is a small stone stool on a plinth, allowing you to sit and watch the water. 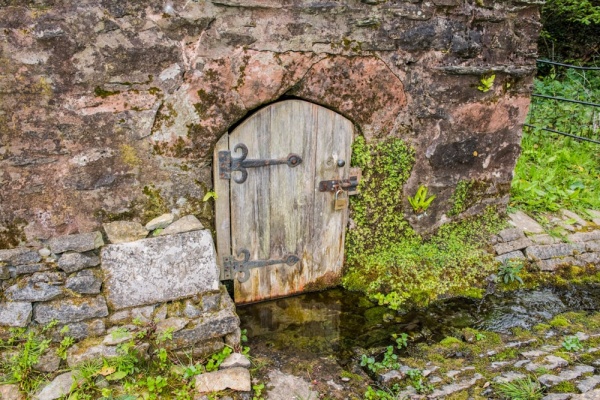 Finding the holy well is not difficult. On the main road, just north-east of the manor house drive, you will see a footpath sign pointing into a fringe of trees. You follow the footpath, which immediately crosses a wooden footbridge. You emerge beyond the trees into an open field. Follow the signposted footpath to your right along the edge of the field. The going here can be wet and a bit muddy after rain, so good waterproof footwear is advisable.

The well-head comes into view at the edge of the field to your right. There is a small enclosure around the well-head and the cobbled area by the outflow, and an information panel giving a brief history of the holy well.

St Agnes Well has been called 'the most beautiful of the Holy wells of Somerset'. High praise indeed when you consider that other holy wells in Somerset include the famous Chalice Well in Glastonbury. The holy well has been Grade II* listed for its heritage importance. 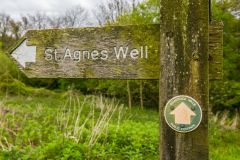 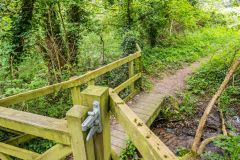 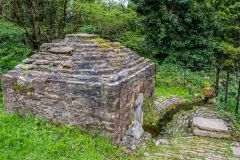 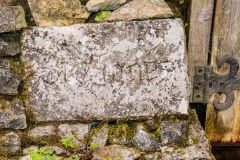 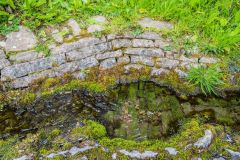