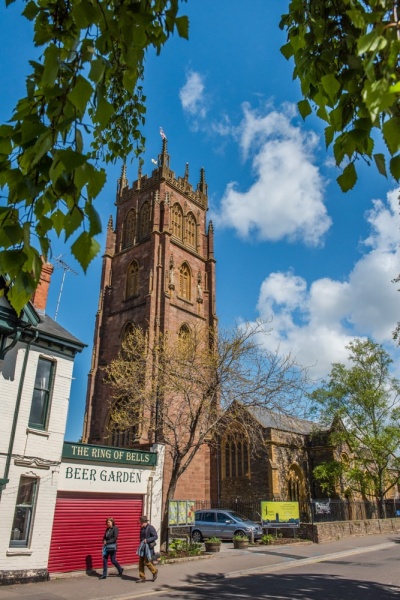 The striking tower of St James Church will be familiar to anyone who has watched cricket matches played at the Somerset County Cricket Club Ground in Taunton, for the tower acts as an exceptionally picturesque backdrop to the action on the pitch. The tower was built in 1871 to replace a medieval tower that had become structurally unsafe.

The attractive red sandstone for the new tower comes from the Williton estate of Sir Alexander Acland Hood, who gave it to the church without cost. There is a ring of 8 bells in the tower, the oldest cast in 1610 and inscribed 'Come when I call'. Atop the tower is a gilded copper weathercock. The cock's wings are inscribed with the verse:

A native I am and my name is Tom,
A jolly, gay bird, but I have no song,
I watch the wind, I keep events,
Which always have been by Intents.

Though the tower is Victorian it retains some original medieval features, including early 15th-century fan vaulting. The entrance door is also original. 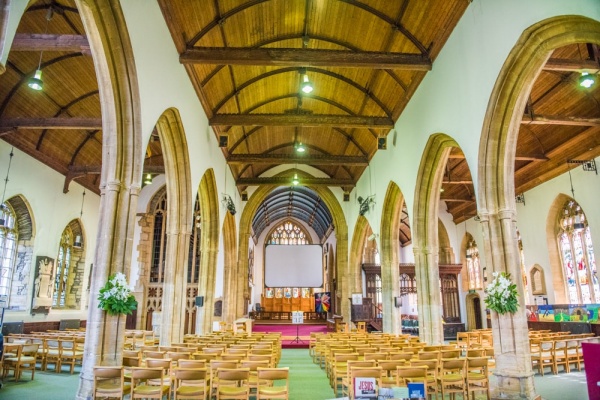 St James may be the oldest church in Taunton, but its origins are obscured by the passage of time. We know that there was a church here as early as the 12th century, sometime before 1169. Archaeological investigation during repair to the church floor in 2001 revealed the original layout of the 12th-century building.

One of the oldest features in the church is the exquisitely carved octagonal font. The font dates to the 15th century and is carved with figures of Jesus and his disciples. The font was restored by the Italian artist, whose efforts were rather cruelly described as 'rather a destruction than a restoration'.

The beautifully carved pulpit was made in 1633. It is decorated with carvings of mermaids and suns, one on each of the seven sides. It was the focus of a dramatic incident during the Civil war when the priest was interrupted during a sermon by Parliamentary soldiers, who proceeded to eject him from the church.

It was not the first unsettling event in the long history of the church; in 1628 Osmund Withers, a former churchwarden, was brought to consistory court accused of removing 'antient writings' including church accounts from the parish chest in the tower and not returning them when his term in office expired.

The chancel boasts very good Victorian stained glass, and on the north wall is an 18th-century copy the Flemish artist R. Du Vany of a painting by Rubens. The original painting is in the Antwerp Museum. 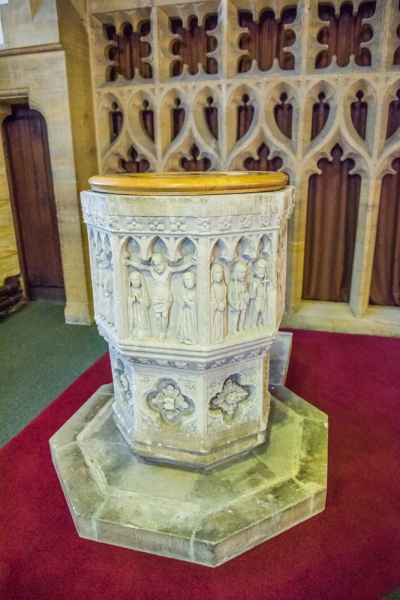 Separating the chancel from the Chapel is a screen made of Coco wood from Burma. The screen was exhibited at the 1925 Wembley exhibition. It was inspired by the original medieval screen which is now in the County Museum.

There are several interesting memorials on the south wall. One is to Cecil Troake of the 10th Devon Regiment, who died at Bartoum, Russia in 1919. Troake formed part of the group of soldiers sent by Churchill to fight the 'White Russians'.

Another memorial commemorates Lawrence Metford, who died while sailing to the 'Caffre Wars' in South Africa in 1862 aboard the HMS Birkenhead. When it was discovered that there was not enough room in the lifeboats priority was given to women, children, and non-military passengers. The lucky few boarded the lifeboats while Metford and his fellow soldiers stood to attention on deck. They drowned to a man while the military band played a hymn.

Another military memorial is to Colonel Lacy Walter Giles Yea, who served with the 7th Royal Fusiliers. He was killed in action at the age of 47 in 1855 while leading his men in the attack on the Redan at Sebastopol, in the Crimean War. 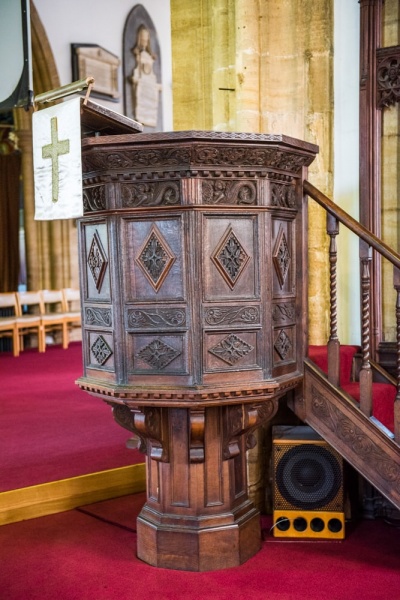 Perhaps the finest memorial is to Elizabeth Corfield, who died in 1811. The epitaph is effusive, saying 'Sacred to the memory of Elizabeth Corfield whose character was distinguished by sincerity of Heart and gentleness of Manners. To an exalted and well cultivated mind She united Piety, Charity, and Benevolence while an amiable and cheerful Temper with which She was eminently endued made Her the best of Wives and secured the affections of all who knew her ...'

In the north wall is a colourful stained glass window depicting the arms of the Earl of Egremont. At the west end of the nave is a parish chest dated to 1697.

On the south exterior are several fascinatingly grotesque carved heads, and beside the church are almshouses built in 1897 to replace an older set of 15th-century almshouses.

The interior of St James is largely Victorian and is not, perhaps, as fascinating as the other major Taunton church of St Mary Magdalene, but it is well worth popping in for a visit. The church was open when we visited. 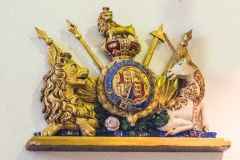