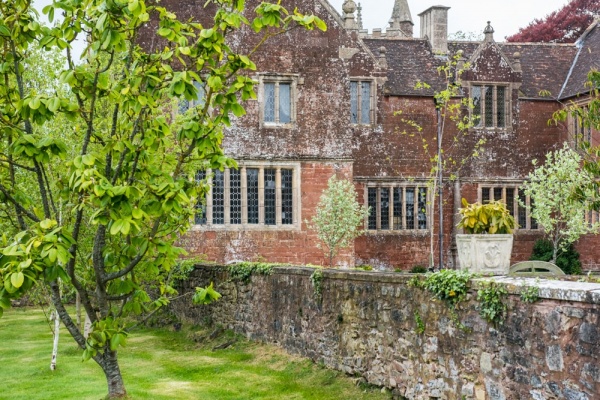 Cothelstone Manor is a picture-perfect late-Elizabethan manor house set in an idyllic countryside setting in the Quantock Hills. The Grade II* listed manor house dates to the early 17th century but the history of Cothelstone goes back to the Saxon era.

The history of Cothelstone Manor is lost in time, but there may have been a house here before the Norman Conquest. Legend says that the manor was established by the Saxon King Cuthwulf who built a dwelling as a religious retreat for himself and his queen, to fulfil a vow he made whilst visiting the Church of the Holy Sepulchre in Jerusalem. During the 19th century, ancient foundations found in the grounds seemed to support the story of a Saxon residence.

We do know that William the Conqueror gave the Cothelstone estate to one of his supporters, a Norman nobleman named Sir Adam de Coveston. The Coveston family later took the name of Stawell. There has been a house here since de Coveston's time, and over that span, the estate has only been owned by two families, the Stawells and the Esdailes.

The Stawells lived at Cothelstone from at least 1087 until the middle of the 17th century when they moved to Low Ham. They continued to own the estate until 1793 when the Esdaile family purchased it.

You can see memorials to generations of Stawells in St Thomas of Canterbury's Church, behind the manor house.

In 1633 Cothelstone Manor was described as 'faire and ancient, pleasantly sceated on the declining of a hill towards the South and accomodated with a park adjoyninge'. That 'fair and ancient' manor was about to suffer terrible destruction. 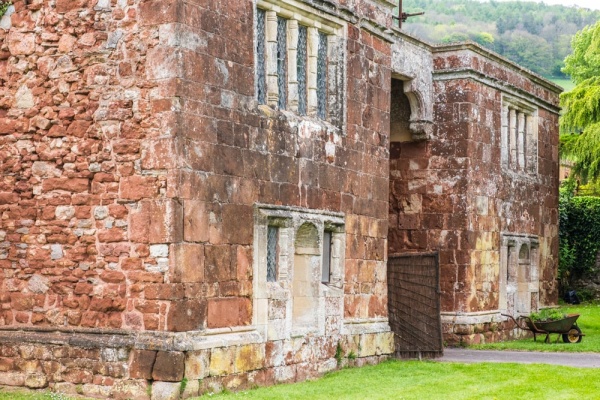 Cothelstone suffered terribly during the Civil War. Sir John Stawell, the estate owner, supported the Royalist cause. He was imprisoned by Oliver Cromwell for high treason, and Cromwell ordered the manor house destroyed by cannon fire.

Large sections of the house were destroyed by Admiral Blake's cannons, leaving only the ground floor of the central block and the left-hand wing usable. Two of the cannonballs used during the destruction are on view inside the manor house. Stone from the manor was then used to build a nearby road.

Sir John Stawell's estates were returned to him under Charles II, but that was not the end of the drama.

Stawell's son, also named John, inherited the estate. Stawell supported the crown during the Monmouth Rebellion of 1685, but he objected to the harsh treatment meted out to rebels by Judge Jeffreys during his infamous Bloody Assizes at Taunton. Jeffreys demanded to be accommodated at Cothelstone but Stawell refused. In retaliation Judge Jeffreys ordered two prisoners hanged from the ornate manor gateway.

The manor house never fully recovered from its Civil War damage. It was reduced in size and used as a farmhouse. It was only when the Esdaile family took ownership that the historical buildings were restored. Most of the restoration was the work of Edward Jeffries Esdaile, the son-in-law of poet Percy Bysshe Shelley. Esdaile built a new manor house known as Cothelstone House, but this house was pulled down in 1968. He also restored the 17th-century house to its pre-Civil War state. 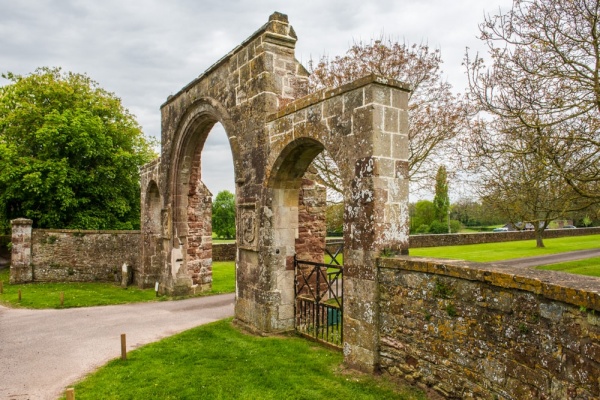 The wider estate includes a medieval deer park on Cothelstone Hill, with ponds and orchards. Closer to the house is a small area of formal gardens and the remains of the medieval parkland. The most interesting building within the grounds is a magnificent Tudor gatehouse, listed Grade I by English Heritage.

Across the drive is the 16th-century three-arched gateway used by Judge Jeffreys for hanging his prisoners. It originally stood across the main road but was rebuilt in its present location in the early 20th century.

Surrounding the manor house are a wonderful array of historical buildings including a 16th-century gazebo, an 18th-century grotto, and a Tudor farmhouse. Within the estate grounds is St Agnes Holy Well, which flows out from a well-head built around 1500. The well may have taken its name, not from St Agnes, but from Agnes Cheyney, who married Edward Stawell of Cothelstone Manor around 1509.

Cothelstone Manor and its gatehouse are unusual for their ornate mullioned windows, made of rounded and banded pilasters. There is only one other house in England that uses this style of mullioned window.

We came upon Cothelstone Manor by complete accident, whilst on a driving tour of the Quantocks. We swept around a corner to see the 16th-century gateway before us, and the picturesque manor house beyond, with the tower of St Thomas's Church peeking out from beyond the manor. It was an unforgettable picture, and we immediately had to stop and investigate!

Since this article was written, it appears that the manor has been sold, and is no longer open to visitors. If this situation changes, we will update this page, but in the meantime, please do NOT make plans to visit (you can, however, still visit the church and see the gateway). 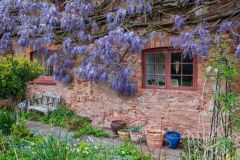 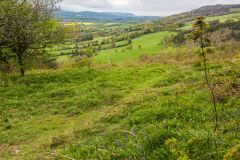 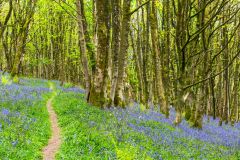 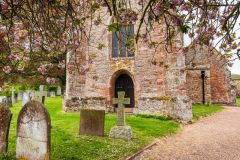 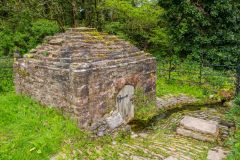 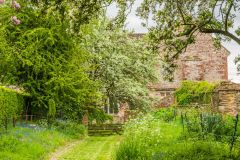 More self catering near Cothelstone Manor