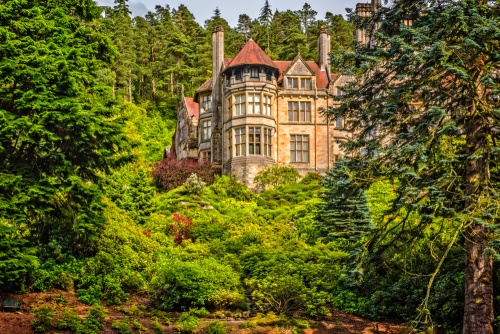 Cragside from the rock gardens

Cragside is a 19th century mock Tudor mansion set in rock gardens atop a rugged hill. It was built by Norman Shaw for a wealthy industrialist in 1880 and is famous as the first house in the world to have lights powered by hydroelectricity.

Cragside was built in 1863 as a simple country getaway for industrialist and inventor William Armstrong, later to become the 1st Baron Armstrong. An engineer, scientist, and philanthropist, Armstrong is remembered as the father of modern artillery. In 1880 Baron Armstrong called upon architect Richard Norman Shaw to transform his house into a state of the art mansion, an elaborate country house in Tudor style, incorporating a science laboratory and an astronomical observatory. 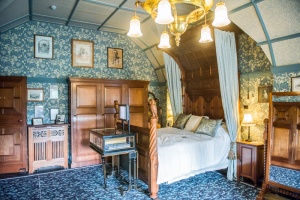 The Armstrongs were avid collectors, and the house is filled with British art, furniture, and ceramics, as well as scientific curiosities, and exhibits of natural history. One of the highlights is a sculpture by John Bell of a Slave Girl (1811). There are examples of Gillow furniture, family portraits, and a taxidermy display.

In its day, Cragside was a house of wonders, with features that we take for granted today, but were the very cutting edge of technology and innovation in the late Victorian period.

Lord Armstrong introduced extraordinary gadgets and features like a passenger lift, fire alarm buttons throughout the house, a Turkish bath suite, and a peculiar new invention called a telephone.

Lord Armstrong was more than an inventor; he was also a landscape gardener. He laid out 5 lakes on the Cragside estate, and planted over 7,000,000 trees and shrubs. That's no misprint; there really are 6 zeros in that number; that's 7 million new trees and shrubs throughout the estate. One of the unexpected side benefits of all those trees is that the endangered British red squirrel has settled in the Cragside woodland.

Cragside was the first building in the world to be lit by hydroelectric power. In 1868 an hydraulic engine was installed, using water to power electrical appliances like a lift, a rotisserie, and a clothes washer.

In 1870 the project was expanded and water from one of the lakes on the estate was used to power a dynamo, creating one of the earliest hydroelectric power stations in the world. In 1878 an arc lamp was installed in the Gallery, powered by the dynamo. In 1880 the arc lamp was replaced by incandescent lamps, creating arguably the first true electric light installation in the world. 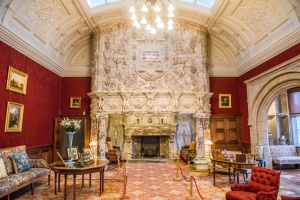 The hydroelectric generators were also used to provide power to farm buildings on the estate. You can see a modern turbine system, powered by a fascinating Archimedes Screw, in action beside Tumbleton Lake. The screw is 17 metres long and produces energy for lights in Cragside house.

The house is set in one of the largest rock gardens in Europe, augmented with coniferous trees and rhododendrons. The gardens slope down to meet Debden Burn, crossed by a very early iron bridge.

Cragside is located just north of Rothbury, and is very well signposted. You really do need plenty of time to explore the house and grounds; there is so much to see. You should allow at least one hour to see the house, another hour to enjoy the rock garden, walled garden, pinetum, and clock tower near the house.

After all that you can take the one-way road system around the estate, through magnificent woodland, with parking area scattered along the route so you can get out and enjoy walking trails and lovely lakes. It is like a country park with a stately home at the centre.

Garden: At Cragside you will not only find rock gardens, but what is one of the world's largest rock gardens, constructed by inventor Lord Armstrong. Magnificent, varied estate, stronghold of the red squirrel. Lots for children to do: rhododendron maze, wild streams and lakes, adventure play area. 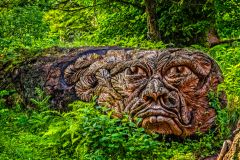 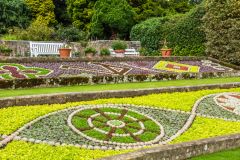 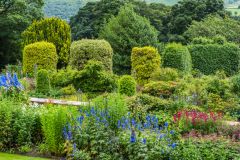 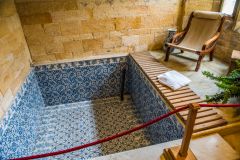 More self catering near Cragside >>

More bed and breakfasts near Cragside >> 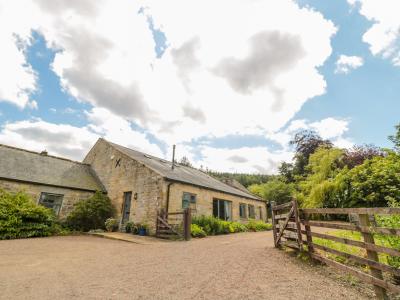 This characterful accommodation is situated on the outskirts of Rothbury and sleeps up to six people in three bedrooms.
Sleeps 6 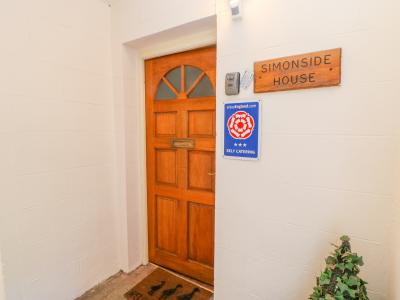 A delightful apartment in the centre of Rothbury, Northumberland and can sleep two people in one bedroom.
Sleeps 2 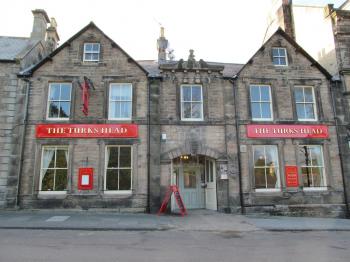