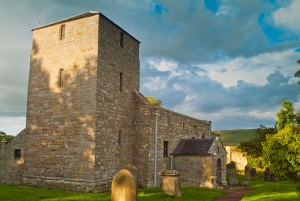 Set in a lovely valley on beside Edlingham Burn, next to the ruins of 13th-century Edlingham Castle, stands the small Saxon church of St John the Baptist. The earliest church in this beautiful rural setting may date to around 740 AD.

Sometime around 840 AD, this early wooden building was replaced by another, also made of wood. The first stone church dates to about 1050, and fragments of this late Saxon building can be seen in the lintel of a door in the west wall of the nave.

Much of the remainder is 12th century, though the tower is likely an early 14th-century addition. The tower was almost certainly used for defence - this being Northumberland raids from Scotland were a constant threat. Look for the narrow slit windows which could be used by archers.

The church may also have been used to imprison moss troopers, as the door can be secured from the outside (moss troopers were mid-17th century Scottish brigands, often disbanded soldiers, who attacked Parliamentary troops and civilians alike, and raided livestock near the Scottish borders and in the Highlands). 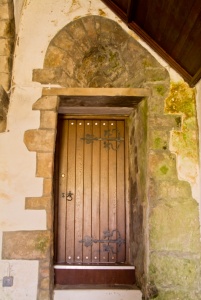 The south porch with
its Norman arch

Within the church is the tomb of Sir William de Felton, who built the first castle at Edlingham around 1296. There is an obvious arched recess in the south wall, bearing the arms of Felton. This niche is thought to have been intended to hold the effigy of Sir William Felton, who died in 1358.

Also inside the church is a fragment of a sculptured cross, believed to be 8th century, which might mean it was associated with the original wooden church on this site.

There is an unusual late 11th-century south porch with a barrel vault, and the chancel arch is also Norman work. The north aisle arcade is 12th century, and the nave pillars feature scalloped capitals with nail-head decoration.

Nowadays there is little enough at Edlingham beyond the church, the ruined castle, and a few farm buildings. Why was a church established in such a place? And why the castle? The answer is that Edlingham was not always so peaceful as it is today.

In the 8th century, Edlingham was one of four royal villages given by King Coelwulf to St Cuthbert. At that time the village boasted a population of about 600, which is rather hard to imagine when you see how peaceful it is today. I wager there are far more cows in Edlingham than people.

It won't make any top 10 list of historic attractions in Northumberland, but I loved visiting Edlingham; the combination of the ancient church, the castle, and the lovely valley setting make this a perfect historic place to visit for me. 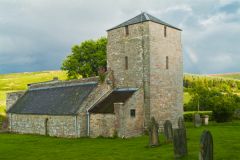 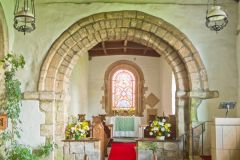 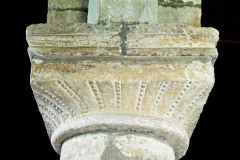 More self catering near Edlingham

The Tavern - Steakhouse and Lodge - 4.9 miles
Alnwick, Northumberland
Stay from: £30.00

More bed and breakfasts near Edlingham