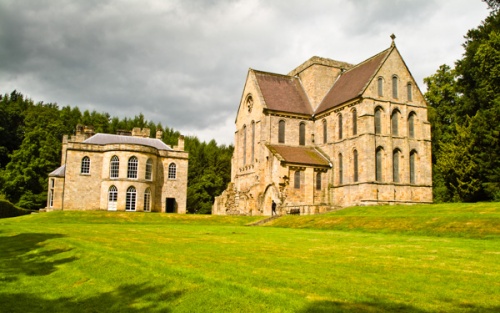 Brinkburn Priory is not one but two historic sites wrapped into one; a wonderful 12th-century Augustinian priory and a later manor house built from part of the monastic remains.

The history of Brinkburn Priory dates back to 1135, when William Bertram of Mitford established an Augustinian priory in a loop of the River Coquet, in secluded, deeply wooded countryside. According to surviving documents the new priory was a daughter house of 'St Mary de Insula', which probably referred to the priory at Pentney, Norfolk.

Brinkburn had only a modest endowment, and initially supported only a dozen canons, but this number had shrunk to 5 in 1379 and 8 in 1381. It appears to have been dependent on Pentney until sometime around 1185 but was independent after that.

Brinkburn's charter was confirmed by King John in 1200 and again by Henry III in 1252. Though the priory location seems remote, even today, the canons were not exempt from occasional Scottish raids. The prior successfully petitioned the crown for relief after losses suffered to Scottish raiders in 1291, and again in 1331, 1333, and 1334. They made another complaint of poverty in 1391. 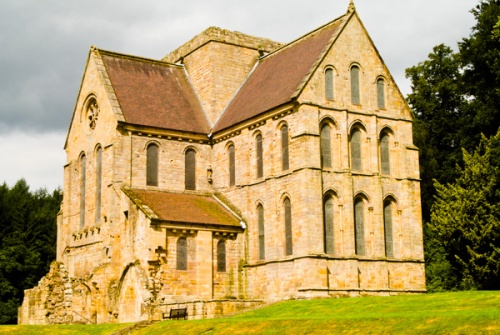 Brinkburn was dissolved by Henry VIII in 1536, and the prior received a pension of 11 pounds. Though the priory ceased to function, the church was preserved and used for services until well into the 17th century. But long before that time the former refectory and undercroft had been incorporated into a 16th-century manor house.

Around 1811 Richard Hodgson rebuilt this Elizabethan house and added stables, and in 1858 his son, Cadogan Hodgson Cadogan began to restore the church. The building was in such good condition that most of the architectural details remained unaltered.

As a result, the Brinkburn Priory we see today is a remarkably complete and unaltered example of Transitional Gothic architecture. The detail and state of preservation of the church interior is quite wonderful.

Unlike the Cistercian order, who established remote abbeys and kept to themselves, Augustinian canons were a part of the local community. Canons acted as priests to the local residents, who were welcomed into the west end of the priory church (the nave) for services. There were a pair of heavy wooden screens separating these lay visitors from the canons, and the location of the screens can be determined by obvious sockets by the crossing. 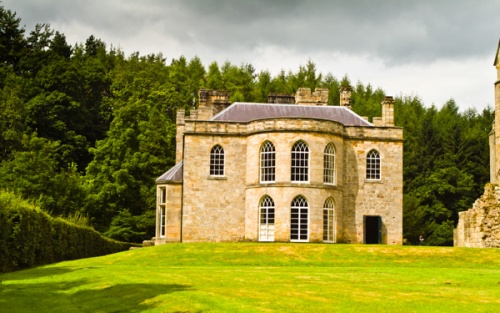 The church is laid out on a cruciform plan, with a short east end, an aisled transept, and a nave with an aisle only on the north side. The church dates to the late 12th century and was complete by about 1220. Internal highlights include the grave slab of Prior William (d. 1484) in the choir. This is carved with a floriated cross, with a bishop's mitre and pastoral staff. Outside the church, only traces of monastic foundations can be seen, including sections of the cloister and the chapter house.

The manor at Brinkburn is a delight to visit. The combination of surviving ecclesiastical details with the later 16th and 19th-century decoration is quite startling and actually quite attractive. The house is almost entirely unfurnished, but this means you can more easily see the architecture of the building and the decorative designs.

The style of architecture and obvious mason's marks on the barrel vault beneath the manor show that it was built at the same time, and probably by the same masons, as the church. The medieval origins of the house are most obvious at basement level, but the west end of the building is almost entirely from 1830-1837. 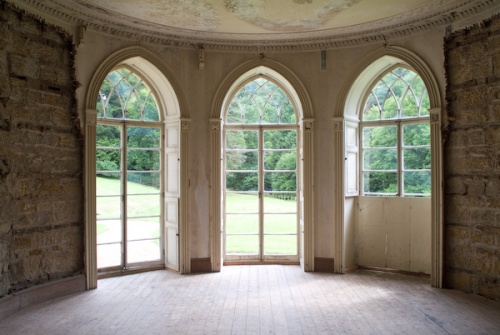 Inside the manor house

The location is what really makes Brinkburn so enjoyable. You descend a path to the priory church, through large shady trees, and it feels like you are peeling away the centuries, descending a time tunnel to the Middle Ages.

The first thing you can see is the church; the manor house isn't immediately visible. And if you were expecting a ruined medieval abbey like so many others in the care of English Heritage then your first glimpse of Brinkburn will be a shock.

There's nothing 'ruined' about this wonderful 12th-century church; it is in exceptional condition, and fully functional thanks to the Victorian restoration. The result is a lovely medieval building, full of architecture interest, with some extremely interesting carving detail.

If the church is unexpected, the manor house is equally so. I loved the combination of medieval underpinnings and later elegant interior details. Its rather a startling combination in places, and looking across the clipped lawns to where the two buildings stand beside each other, each representing a different era, is quite a wonderful experience. I was lucky; as I was drinking in the scene, the clouds broke and bathed the medieval church and the manor house in a golden glow of sunlight. It was an unforgettable experience. 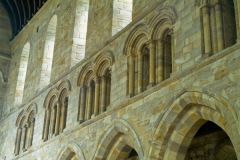 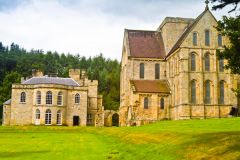 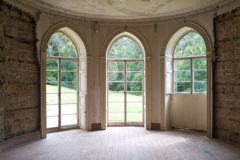 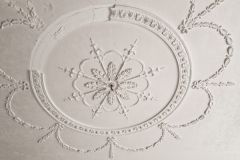 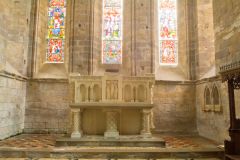 More self catering near Brinkburn Priory

Self Catering near Rothbury