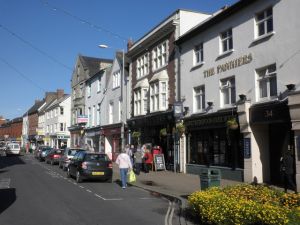 A historic town on the River Taw, Barnstaple's most interesting historic building is probably the restored 13th-century bridge. You can also see remnants of a Norman castle mound. The parish church of St Peter dates to 1107 and boasts a twisted lead spire and a separate 15th-century chantry chapel.

The 180 mile long Tarka Trail starts at Barnstaple, and the long-distance South West Coast Path passes through the town. Barnstaple is well known for its award-winning floral displays. Five miles away is the National Trust stately home of Arlington Court, which boasts an intriguing historic carriage collection.

Alfred the Great established a burh, or fortified town, at the mouth of the River Taw in the late 9th century. We know that a Viking attack on the burh took place in AD 893 and that Barnstaple was important enough to have its own mint before the Norman Conquest. William the Conqueror granted the manor of Barnstaple to one of his followers, Geoffrey de Montbray.

De Montbray need to control his new domains, so he cleared houses within the town to make room for a castle motte, topped with a wooden fortress. The castle was later occupied by Juhel de Totnes, who also founded a priory just outside the town walls. The timber defences were replaced in stone by Henry de Tracy in the early 12th century.

Perhaps De Tracey became too powerful, for in 1228 the Sheriff of Devon ordered the castle walls lowered to a height of 10 feet. By the late 13th century the castle was already in decay, and stone was robbed to build other nearby buildings. By 1326 the stone castle was a ruin, and today only the castle motte remains, with almost no trace of the defences that once topped it.

The oldest parts of the church date to the 13th century, with the nave, chancel, and tower rebuilt in 1318. The striking broach spire atop the tower is a local landmark. The church interior is full of extremely fine memorials to local merchants, particularly from the 17th century, when Barnstaple was experiencing a period of exceptional prosperity. Perhaps the most impressive monuments are to Raleigh Clapham, who died in 1636, and Thomas Horwood (1658).

Perhaps the most interesting historic building in the town is the 14th century chapel of St Anne, which stands inside the churchyard. Established as a chantry chapel, it was acquired by the Mayor of Barnstaple in 1585 following the Dissolution of the Monasteries, and now houses a museum of local heritage.

Other historic buildings include the Georgian Guildhall, built over a Pannier Market, and Queen Ane's Walk, built in 1708 as the Mercantile Exchange; a meeting place for local merchants. It now houses a tourist information centre.

Learn more about the heritage of the Barnstaple area by visiting the Museum of Barnstaple and North Devon on The Square, with collections covering the social history, archaeology, decorative arts, and natural history of North Devon. One popular feature is the Tarka Gallery, which follows the route of an otter from the River to the sea. 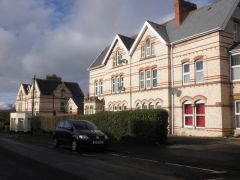 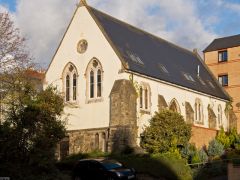 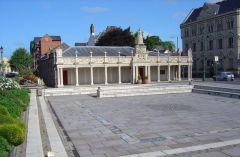 More self catering near Barnstaple >>

More bed and breakfasts near Barnstaple >> 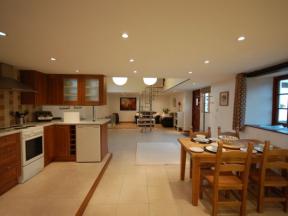 This property is ideal for guests who are hoping to escape the hustle and bustle of daily life and relax in tranquil countryside surroundings. Although situated in a sleepy hamlet …
Sleeps 2 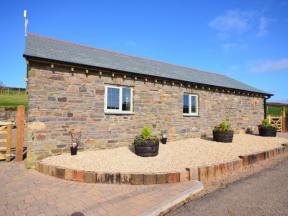 Within a short drive of some of the most popular golden sandy surfing beaches in the country including Woolacombe Croyde and Saunton there is much to see and do. Nearby …
Sleeps 4