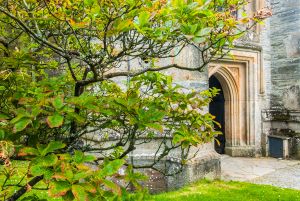 Buckland Monachorum is a very attractive village near Yelverton, on the western edge of Dartmoor. The village is famous for its association with Sir Francis Drake, who lived at Buckland Abbey just outside the town. Drake's pew is within the church, with a carving of his ship, the Golden Hind, incised in the side panel. In the village is Garden House, an 8-acre modern garden that has been called 'The best in Britain'.

The village has its roots in the Saxon period. It was recorded in the Domesday Book of 1086 where it was called Bocheland. At that time it had land for 15 ploughs and supported a salt pan and small fishery.

The village name translates loosely as 'land owned by the monks'. The monks, in this case, lived at nearby Buckland Abbey, established in 1278 for the Cistercian order; the very last Cistercian monastery founded in medieval England. The monks obtained a charter for Buckland Monachorum to hold an annual fair in 1317. The fair was held on the village green, opposite the church.

This attractive mediaeval church is most famous for being the place where Sir Francis Drake and his family worshipped. at the back of the church is the family pew, with side panels carved to depict Drake's ship, the Golden Hind. Apart from the Drake connection, the church repays a visit for its 2 fonts, one dating to the late Saxon era.

There are Drake family tombs and an extremely fine memorial to George Augustus Eliott, who commanded the fortress of Gibraltar against Spain from 1779- 83. Eliott's successful defiance to the Spanish led to his being created Lord Heathfield of Gibraltar in 1787.

A 17th century descendent of Sir Francis Drake built one of the finest historic buildings in the village, an almshouse called The Gift House. If you fancy a cold pint try the Drake Manor Inn, an extremely popular public house. The inn dates to the 12th century when it was built to house workmen labouring to erect the nearby church.

If any of the houses in the village look odd, it may be because they had their roofs lowered. The tale goes that in 1941 an airfield was set up at nearby Harrowbeer. Roads were diverted to make way for the airfield, and a whole row of houses and shops had to remove their upper floors so they weren't a hazard to low-flying aeroplanes. 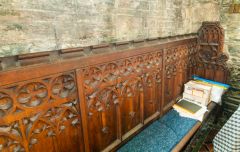 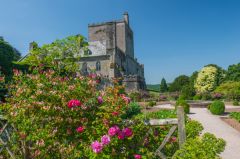 More self catering near Buckland Monachorum >>