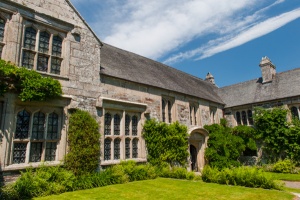 Cotehele was the home of the Edgecumbe family for almost 600 years. The first manor here was begun by Sir Richard Edgecumbe in 1490, though it was left to his son to complete the house in 1520.

Subsequent generations of Edgecumbes did not alter the structure of the house, and today Cotehele is one of the most complete medieval manors in England. Between 1750 and 1860 the family seems to have made a conscious effort to create a sense of antiquity and romance at Cotehele, filling it with tapestries and Tudor objects in an attempt to recreate time gone by.

The house retains such a link to its past that even today it does not have electricity, so visitors are advised to avoid dull or overcast days!

Cotehele was the Edgecumbe family seat until the 17th century when they moved to Mount Edgecumbe, but the house stayed in the family until given to the National Trust in 1947.

The last owner was Kenelm, 6th Earl of Mount Edgcumbe, whose son and heir, Piers, was killed in action near Dunkirk in 1940. The Earl considered Cotehele a memorial to his son, whose sword is on display in the chapel beneath a plaque in his honour. 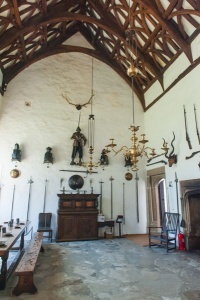 The house is composed of intimate medieval rooms built around two courtyards; a formal Hall Court and less grandiose Retainers Court. Off the Hall Court is the Great Hall, featuring a superb timber ceiling, heraldic glass in the windows, and an enjoyable collection of arms and armour.

Rather unusual objects on display include an albatross head and a whale's jawbone. Beyond the hall is a private chapel and dining room, again hung with faded tapestries. Many of the tapestries have been cut and altered to fit the chambers they are hung in, with slits in the fabric to allow doors to open.

The late medieval core of the building gives way to a 17th-century tower, which contains 3 bedrooms. One interesting chamber is the White Room, with a four-poster bed hung with Georgian crewel-work.

Another bedroom is the King's Room, where Charles I is said to have stayed. Some of the Tudor furnishings are superb, with carved cupboards throughout mixing heraldry, religious symbolism, and fascinating depictions of everyday life. 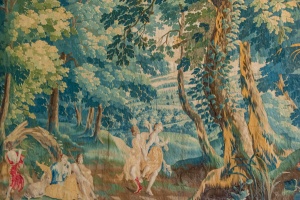 The most interesting historical feature at Cotehele - apart from the unaltered medieval appearance - is the superb collection of tapestries that hang in all the main rooms open to visitors. Most of these are 17th century and cover a huge range of subjects from daily pastimes to Roman myths. Light levels are kept low within the house to preserve the delicate fabric of the tapestries.

The house is set in extensive parks and woodlands, with enjoyable riverside walks throughout. Close to the house are terraced formal gardens with a domed medieval dovecote and a Valley Garden with a medieval stewpond.

A 20 minute walk away is a working corn mill and a 15th-century chapel. In the chapel is the oldest working domestic clock in England, which still rests in the position it has enjoyed since it was first installed in 1489. 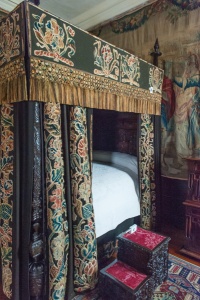 One peculiarity at Cotehele is a triangular 'Prospect Tower', an odd 18th-century folly offering wonderful views over the surrounding countryside. The Mother Orchard features old-fashioned varieties of fruit traditionally grown in the Tamar area.

The Chapel in the Woods

From the gardens a trail leads downhill through the Valley Garden and on into woodland to the 'Chapel in the Woods', built by Sir Richard Edgecumbe, the builder of Cotehele House. The chapel commemorates an extraordinary escape; for in 1483 Sir Richard rebelled against King Richard III. When the rebellion failed, he fled, and the king's men pursued him through the woods below his house.

Sir Richard was almost cornered when hit upon a desperate scheme; he tossed his hat into the gorge below, and the royal soldiers were fooled into thinking he had fallen into the river and drowned. Sir Richard later built the small chapel on the spot to give thanks for his narrow escape.

Past the chapel, a path leads to the Quay, where you will find the Cotehele Quay Discovery Centre, a free museum built with the aid of the National Maritime Museum where you can learn about the history of the Tamar.

Moored at the Quayside is The Shamrock, a traditional Tamar sailing barge launched in 1899. The Shamrock was used to haul manure, coal, limestone, sand and fertiliser up and down the river. Nearby, stretched out along the quayside, are ancient lime kilns beside the Edgcumbe Arms inn. 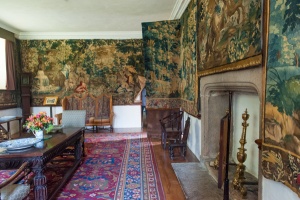 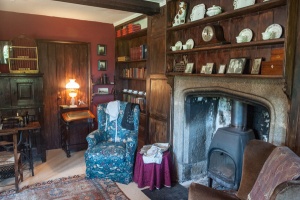 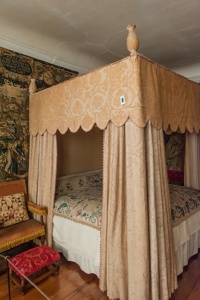 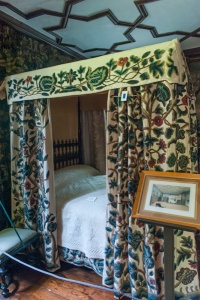 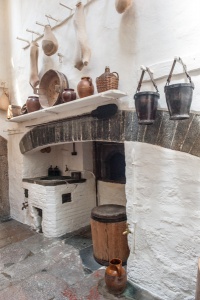 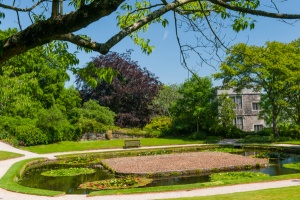 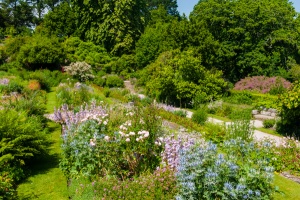 Formal terrace below the house 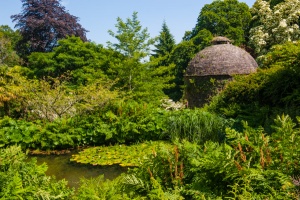 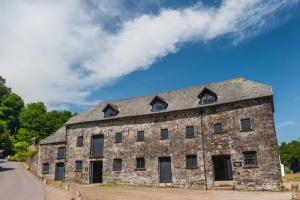 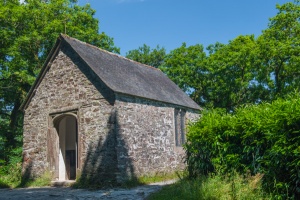 The Chapel in the Woods 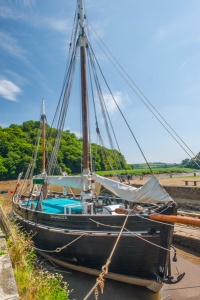 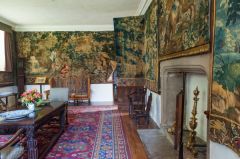 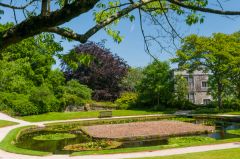 More self catering near Cotehele

More bed and breakfasts near Cotehele