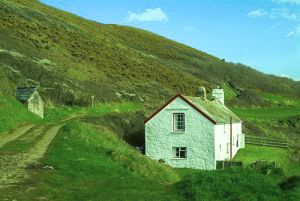 Hartland is a pleasant village in north Devon, though it was once a chartered town. A few miles away is Hartland Point, whose rocky shoreline is infamous among sailors for the shipwrecks that occurred there over the centuries.

Just outside Hartland itself is Hartland Abbey, a lovely stately home created from a medieval monastery. Four miles distant is the unspoilt fishing village of Clovelly, where no automobiles are allowed to travel.

For centuries the townsfolk of Hartland had to walk to nearby Stoke to worship. The church in Stoke is dedicated to St Nectan, a 6th-century missionary from Wales who was murdered here. In the early Victorian period, a new church was built in Hartland, on the site of the 17th-century town hall. The only remnant of the hall is the 17h century clock.

A short distance outside the town is Hartland Quay, with a Shipwreck Museum reminding visitors that this was one of the most treacherous places in Britain for ships. The Quay was built in 1586 after an Act of Parliament was pushed through under the influence of famous mariners like Sir Francis Drake and Sir Walter Raleigh.

The Abbey is a beautiful Georgian mansion incorporating a medieval monastery dissolved by Henry VIII. The monastery was founded for the Augustinian order in 1137 and was dissolved in 1547, making it the very last monastery to be dissolved by Henry's commissioners. Highlights of the current house include the Alhambra Corridor, designed by architect Sir George Gilbert Scott to emulate the Alhambra Palace in Spain.

Another fascinating heritage site is Docton Mill, founded in the Saxon period and now boasting one of the finest gardens in the West Country. 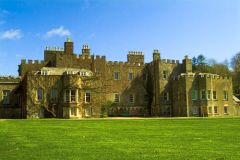 More self catering near Hartland >>

More bed and breakfasts near Hartland >> 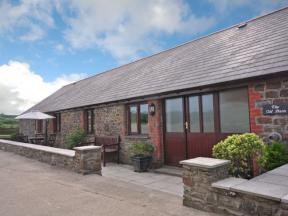 This converted barn is one of two holiday properties located on a 260 acre cattle and sheep farm. Guests are welcome to explore the farm and see the many animals …
Sleeps 4 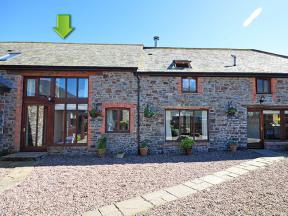 This luxury holiday cottage has been beautifully renovated and is perfectly situated for a holiday in the county. Guests can use the cottage as a base to see the attractions …
Sleeps 10