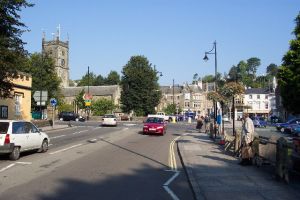 A prosperous market town at the south-west corner of Dartmoor National Park, Tavistock sits astride the Tavy River. Tavistock was granted a market charter in 1105, and two centuries later became a stannary town (a centre for weighing and assaying tin). Three miles away is Buckland Abbey, home of naval hero Sir Francis Drake, who was born here in or around 1542.

The first records of Tavistock come from AD 961, when Tavistock Abbey was established for the Benedictine order of monks by Ordgar, an Ealdorman of Devon. The abbey was given lands throughout the West Country and became one of the wealthiest monasteries in southern England.

Perhaps the most famous abbot of Tavistock was Ealdred, who later became Bishop of Worcester, and crowned William the Conqueror in his coronation ceremony on Christmas Day, 1066.

After the abbey was dissolved by Henry VIII in 1540 its lands were given to John Russell, later the 1st Earl of Bedford. The Russell family maintained close links to Tavistock and were responsible for building numerous statues and other public buildings during the 19th century.

Just opposite Bedford Square is all that remains of this once powerful abbey. The most obvious ruin is a section of cloister arches, but on the riverside walk, you can see what remains of the still house, used for distilling herbs from the abbey gardens. 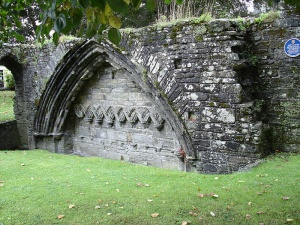 One reminder of the abbey isn't quite so obvious; it is the weekly market. In 1105 Henry I granted the monks of Tavistock Abbey the right to hold a weekly pannier market (the name comes from the French word for baskets which were used to carry goods to the market).

The pannier market still takes place every Friday. another tradition is the annual fair, a right granted in 1116. The fair now takes the shape of the 'Goosey Fair', held every October.

Near the Square is the medieval parish church of St Eustachius. The church was built in the early 14th century but almost nothing of that early structure remains. The present building was erected over the course of 100 years, from 1350.

One of the best features is the Clothworkers Aisle, a reminder of how prosperous the textile trade was in medieval Tavistock. Other historic highlights include memorials to the local Bourchier and Glanville families and excellent stained glass by the William Morris company and CE Kempe.

The Roman Catholic church of St Mary Magdalene is also worth a visit. The church was built by the Duke of Bedford in 1867 to serve the local miners, but by the mid-20th century, it had fallen into disuse. It was purchased by for use as a Catholic church after WWII. The really striking feature is the tall, slender tower, which is visible from a long way away.

The most famous native of Tavistock was Sir Francis Drake, the Elizabethan sailor and adventurer. Drake was born in 1542 (or perhaps 1540) at Crowndale Farm, near the present Tavistock College. A statue of the naval hero stands on the A386 at the western edge of town.

The Tavistock Museum is located above a medieval archway to the abbey precinct and boasts displays covering the history of the town and area. 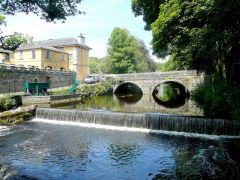 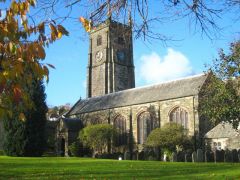 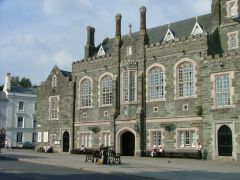 More self catering near Tavistock >>

More bed and breakfasts near Tavistock >> 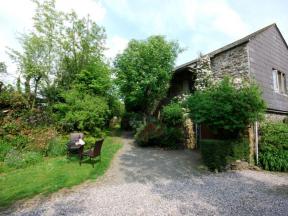 This property makes a fantastic location for a break for those who enjoy outdoor pursuits and want to make the most of all that the local area has to offer. …
Sleeps 2 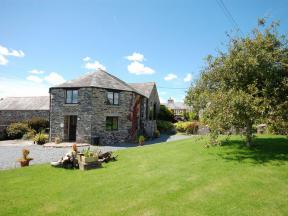 This property enjoys a quiet rural location on the owner s farm close to the town of Tavistock which sits on the edge of Dartmoor National Park. The town itself …
Sleeps 2