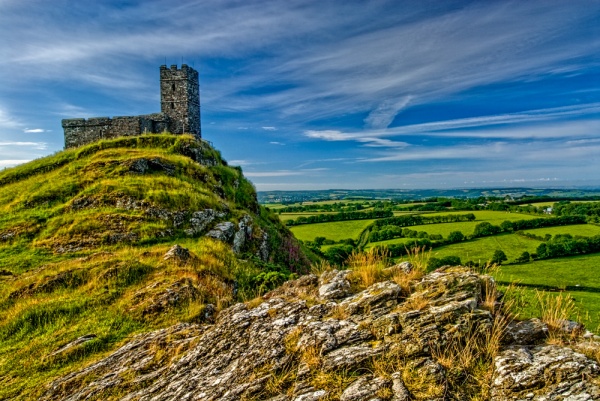 The small village of Brentor is famous for its medieval parish church of St Michael de Rupe, which stands on a rocky tor overlooking the Burn valley. The tor is all that remains of an ancient volcano.

There are actually two parish churches, but it is the older 12th-century building which draws visitors. The climb to the top is short and steep, but the views are fabulous. The church is the fourth-smallest in England at only 40 feet in length, but it stands at a higher elevation (340 metres) than any other.

But why build a church in this spot, atop a rocky tor? The legend goes that a wealthy merchant of the Giffard family was caught in a terrible storm at sea. He prayed for deliverance to St Michael and vowed that if he was spared he would build a church on the first land he saw.

You wouldn't think Brentor could possibly be the first point of land the merchant would see, but it is theoretically possible if the lower-lying land was hidden by fog. 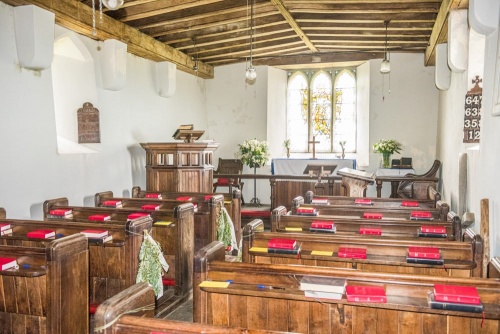 The first church was probably a private chantry chapel for the Giffard family, served by a pair of secular priests and a clerk from Tavistock Abbey. The church was sequestered by the Bishop of Exeter. The church was rebuilt in 1319 and rededicated by Bishop Walter de Stapledon.

The unfortunate Bishop did not have long to live, for he was appointed by Edward II to govern in his stead when the king fled a baronial revolt in 1326. The bishop was set upon by Londoners and cruelly put to death. He was brought back to Exeter Cathedral for burial.

The possessions of Tavistock Abbey, including Brentor church, were seized by the crown at the Dissolution of the Monastery, and Brentor was granted to Lord Russell, Earl of Bedford.

On the south wall of the tower is a 17th-century sundial, with the name Walter Batten, and the date 1694. The entrance is through a south porch, an obvious addition to the medieval building. Inside the furnishings are very simple; at the west end are coats of arms to the Giffard family and to Tavistock Abbey. 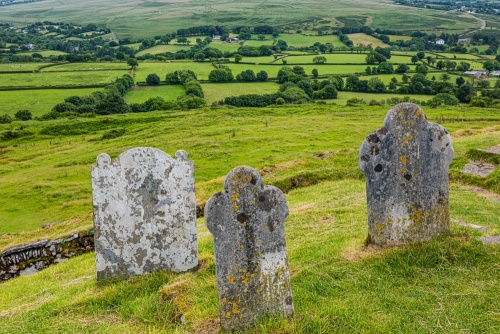 Gravestones in the burial ground

Several interesting memorials are set on the nave wall; look for the memorial to Lance Corporal John Batten, who died in action in Mesopotamia in 1916. The oldest feature is a simple octagonal font of granite, on a stepped base.

Below the church, on the slopes of the tor, are obvious earthwork remains of an Iron Age enclosure.

I've been fortunate enough to visit Brentor church twice, and each time I've been struck by the wonderfully scenic location. This must be one of the most picturesque locations of any church in England, with views across Dartmoor to the east and over green farm fields to the west, and the heights of Bodmin Moor in the distance. Brentor is a must-see. 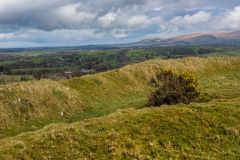 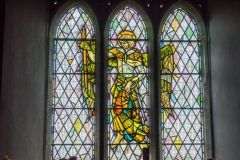 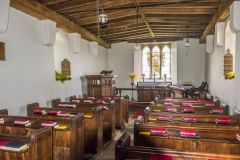 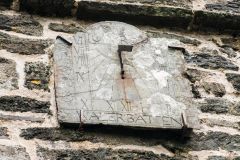 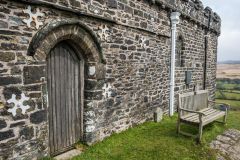 More self catering near Brentor Church >>