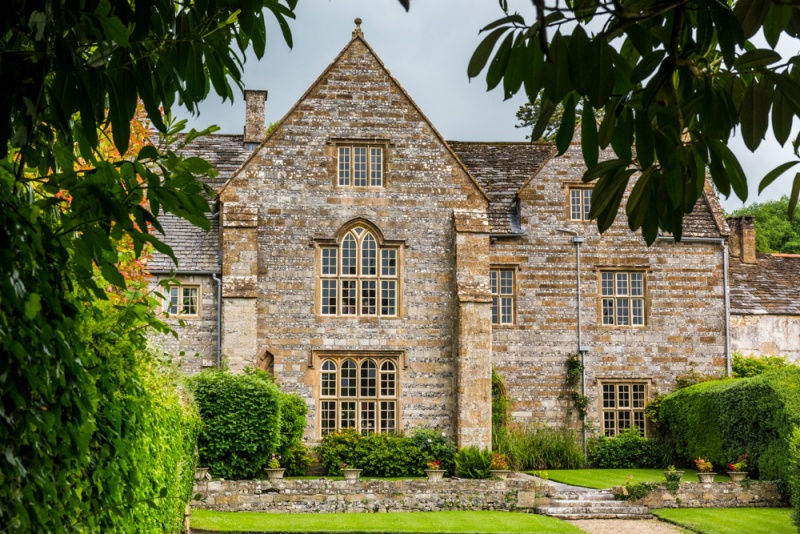 Mention the name 'Cerne Abbas' and most people will immediately think of the Cerne Abbas Giant, a huge figure of a man carved into a hillside overlooking this beautiful Dorset village. The giant may date to the Roman period.

There is much more to see in Cerne Abbas, however. The ruins of 10th century Cerne Abbey stand beside a winding river, and the village itself grew up around the abbey. Though much of the abbey is gone, a fine gatehouse, guest house, and tithe barn remain.

A few steps away from the abbey is an ancient holy well dedicated to St Augustine. Water from the well was traditionally thought to cure blindness and infertility. According to an ancient custom, girls would come to the well to pray for a husband, turning around three times as they prayed. A chapel dedicated to St Catherine used to stand on the hill above the well, and a figure of a Catherine Wheel is carved into the edge of the well.

The late 13th-century church of St Mary is well worth a visit. Until about 1300 the inhabitants of Cerne Abbas worshipped in the abbey church, but the monks built this lovely church for the residents. On one side of the altar is an early 14th-century wall painting depicting scenes from the life of St John the Baptist, and on the other side is a painting of the Annunciation.

There is a large 15th-century east window, possibly brought from the Abbey at the Dissolution. In the nave floor are memorial tablets to the Notley family. Members of the family settled in the American colonies and owned the site on which Capitol Hill now stands.

Just opposite the church stands a row of picturesque Tudor cottages.

And then, of course, there is the Cerne Abbas Giant. The huge figure of a man carrying a club is carved into a chalk hillside just outside Cerne village. The figure stands 180 feet high and carries a club some 120 feet long. The carving may date to the Roman period, at a time when the myth of Hercules was popular, but it may also be an ancient symbol of fertility.

Taken as a whole, Cerne Abbas rates a 'Don't Miss' designation for anyone interested in British heritage. 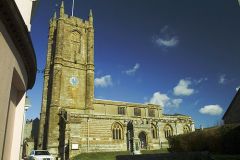 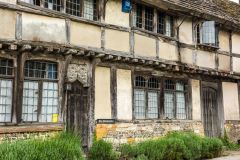 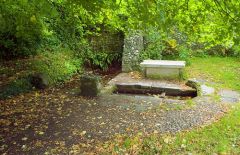 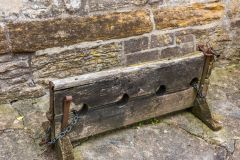 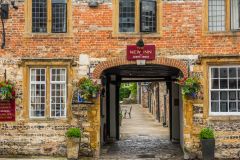 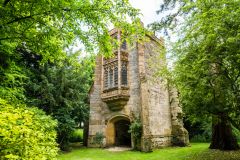 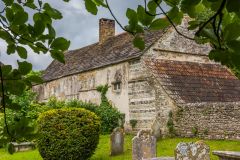 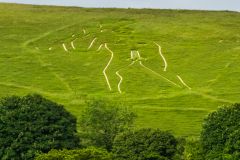 More self catering near Cerne Abbas >> 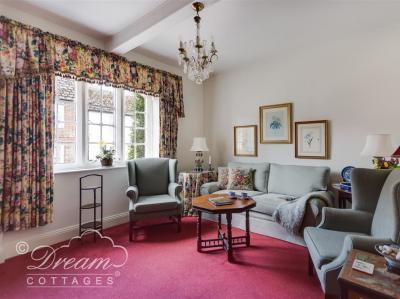 This historic terraced stone cottage is in the village of Cerne Abbas near to Dorchester in Dorset and can sleep 4 people in 2 bedrooms.
Sleeps 4 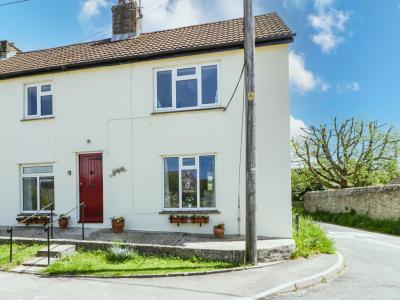 This cottage rests in Cerne Abbas, Dorset and can sleep six people in three bedrooms.
Sleeps 6