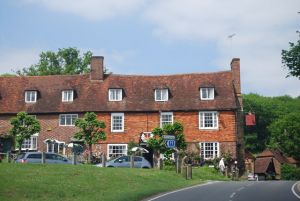 Groombridge is a medium-sized village near Tunbridge Wells, with a lovely triangular green and attractive red-brick cottages. Just outside Groombridge village is Groombridge House and Garden, a heritage garden surrounding a 17th-century moated manor house.

There was a manor house here as early as 1239, but the present house was built by Philip Packer in 1662, with help from his friend, architect Sir Christopher Wren. The house is visited today for its glorious gardens, some of which were laid out in 1674. Legend says that a group of notorious smugglers called the Groombridge Gang built secret tunnels from the cellars of Groombridge House to the nearby Crown Inn, though the tunnels have never been found.

The small church of St John the Evangelist features good stained glass and memorial brasses. The church dates to 1625 and was built as a private chapel for Groombridge Place. It later became a chapel of ease for Speldhurst before becoming a fully-fledged parish church in its own right. Over the door is an inscription commemorating Prince Charles (later Charles II) and his safe return from Spain.

The three feathers of the Prince of Wales also appear over the door. The font dates to 1625, as do the finely carved pulpit with its sounding board. The best monument in the church is to Philip Packer of Groombridge House, who died in 1686.

The SVR, as it is known, had a station in Groombridge, on the route to Three Bridges, Rowfant, and Grange known as the Three Bridges line. In 1985 the route was closed due to British Rail cutbacks. The railway line reopened in 1997 as a heritage railway running to Tunbridge Wells. The SVR is served by a new station, while the old station house is now used as the ticket office. 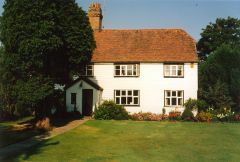 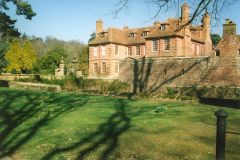 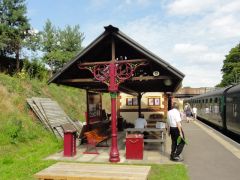 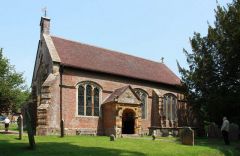 More self catering near Groombridge >>

More bed and breakfasts near Groombridge >>