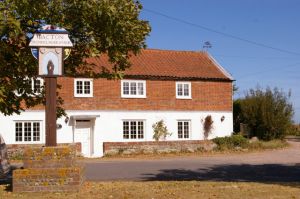 A coastal village in north Norfolk, with excellent clifftop walks and stunning coastal scenery. Bacton is best known today for the large gas pipeline terminal on the edge of the village. The partial remains of Broomholm Priory stand just outside Bacton. Broomholm (or Bronholm as it is sometimes called) was established by William de Glanvill for the Cluniac order in 1113.

The prosperity of Broomholm Priory was enhanced when the monks claimed to have a piece of the True Cross. As a result, the Priory became a busy destination for pilgrims. Much of the priory is now in ruins, though a medieval gateway and arch survive.

Aside from the Priory remains the outstanding historic building in Bacton is the medieval parish church of St Andrews, which stands in a field just west of the village. This tiny church has a 15th-century nave and chancel, with a strikingly large tower.

A well-intentioned Victorian restoration swept away some of the medieval fabric but the beautifully carved medieval font remains. Look for a brass plaque commemorating the loss of the HMS Cormorant, sunk by the Chinese in 1859. The Cormorant was commanded by Armine Woodhouse, son of the rector of Bacton.

There are also several superb historic churches in the area of Bacton, including those at Edingthorpe and Trunch.

The village is served by a popular pub called the Poachers Pocket (I had a very good meal there one evening) and a hotel. The area is popular for holidays, with several holiday chalet parks and caravan parks, providing beach access.

The beach and the surrounding coastline have an extensive seawall to prevent erosion. If you don't fancy going down to the beach itself there are very goof clifftop walks offering excellent views over the coastline. 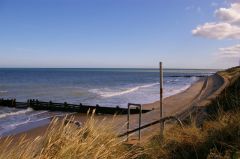 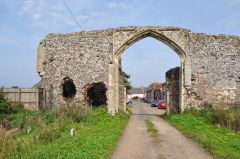 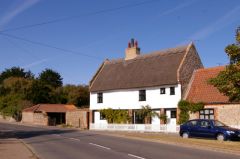 More self catering near Bacton >>

More bed and breakfasts near Bacton >> 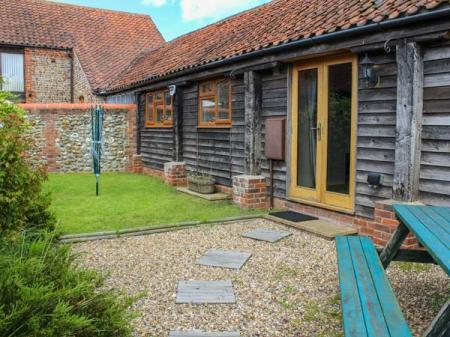 This semi-detached barn conversation is located in the village of Bacton in Norfolk and and can sleep six people in two bedrooms.
Sleeps 6 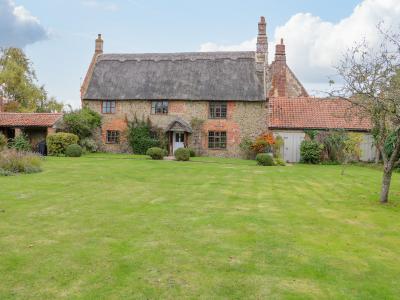