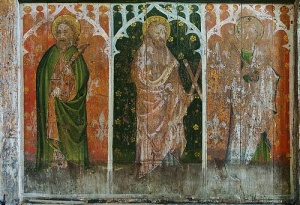 The small village of Edingthorpe is located just a few miles from the Norfolk coast. All Saint's church seems left alone, apart from the village, as if it wanted some privacy! The church is fairly unremarkable on the exterior; it has a traditional rounded tower, so often found in Norfolk and Suffolk. The bottom section is likely to be late Saxon, with the upper levels dating from the medieval period.

If the exterior is plain, the interior is a delight. Though small and by most standards quite plain, the church has a wealth of interesting remains. The most unusual of these is readily apparent upon entry; on the wall above the font is a tattered and worn door. This is the "Paston Door", thought to be 12th century.

The plastered walls boast a series of medieval wall paintings, probably from the 14th century. Though much is worn, the faces of some figures are very well preserved. Moving on, the rood screen is a delight. It is small, but the circular tracery is very well done.

The tracery has been repainted in places, but the 12 painted figures in niches either side of the chancel arch appear original. There are small, round holes in the screen; these are traditionally held to be bullet holes from shots fired by Cromwell's men during the English Civil War. 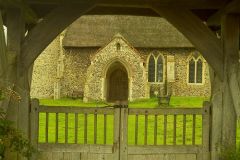 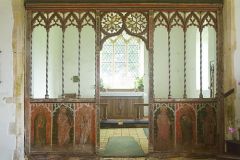 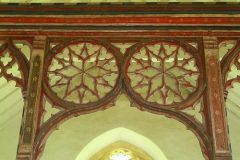 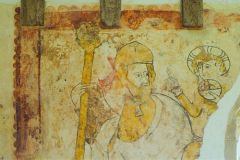 More self catering near Edingthorpe

More bed and breakfasts near Edingthorpe