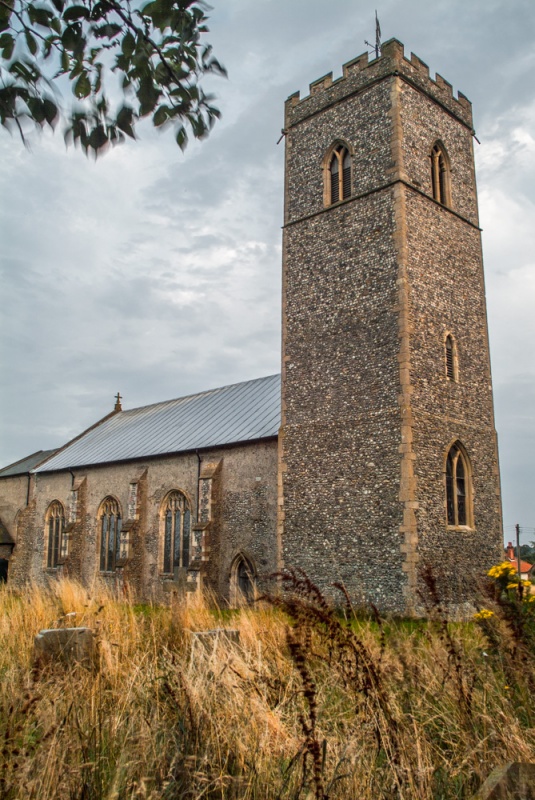 The parish church of St Peter & St Paul in the Norfolk village of Knapton dates to the 14th century. There was almost certainly an earlier church on this spot, as evidenced by the oldest historic feature in the church, a 13th-century font with a wooden cover carved in 1704. The cover bears a Greek palindrome inscription reading 'NIYON ANOMHMA MH MONAN OYIN', which translates as 'Wash thou, not only my face, but my transgression'.

The pride of Knapton is the superb double hammer beam roof. This stunning piece of late medieval craftsmanship is one of the finest in England. It was made in 1503, probably by a team of London woodcarvers, then transported along the east coast by ship to Mundesley, then inland to the isolated country church at Knapton.

But why would such a small and otherwise unremarkable church have such a superb roof, decorated with figures of carved and richly painted angels?

There are 138 carved and painted figures of angels flying over the hammer beams that support the roof. The roof is 30 feet wide and 70 feet long and is, without doubt, one of the finest examples of a timber roof in the country, a masterpiece of art in carved oak. The angels bear either scrolls or musical instruments.

Note
Curiously, the official English Heritage listing information for Knapton church says there are 160 carved angels, but all other sources I've researched say there are 138. I have to confess that it never occurred to me to count them when we visited, so I'll have to go with the consensus.

At the base of the wall posts (i.e. just under the roofline at the top of the walls) runs a frieze of angels with their wings outstretched. These angels date to the 1882 restoration and are noticeably in a different style to the early 16th century angels above. 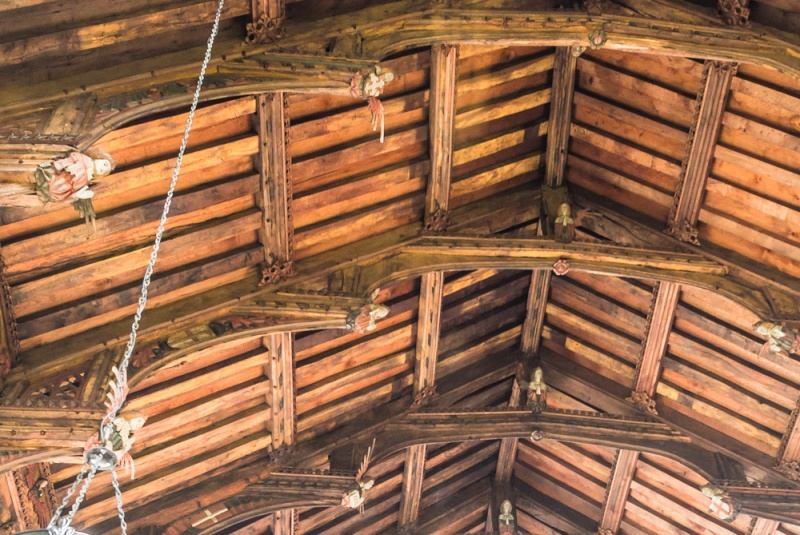 In the churchyard is the grave of Commander Jefferson Miles, RN. Commander Miles gained the moniker, 'The Vindicator of Nelson' when he was called to give evidence in Parliament on the question of whether Admiral Nelson had mistreated Republican prisoners in his care at Naples in 1799. Miles strenuously defended Nelson and was at least partly responsible for the charges being dismissed.

In the chancel are nine medieval coffin lids that date to well before the church was built. According to drawings made before the 1882 restoration these coffin lids were scattered around the church, but they were gathered together in one spot during the restoration.

Other historic features include a partly restored late 15th-century chancel screen, with 16th-century gates. Though the beautifully carved pulpit looks to be in 18th-century style, it is actually part of a restoration in 1882. The reading desk is made from pieces of medieval and Jacobean carved wood. 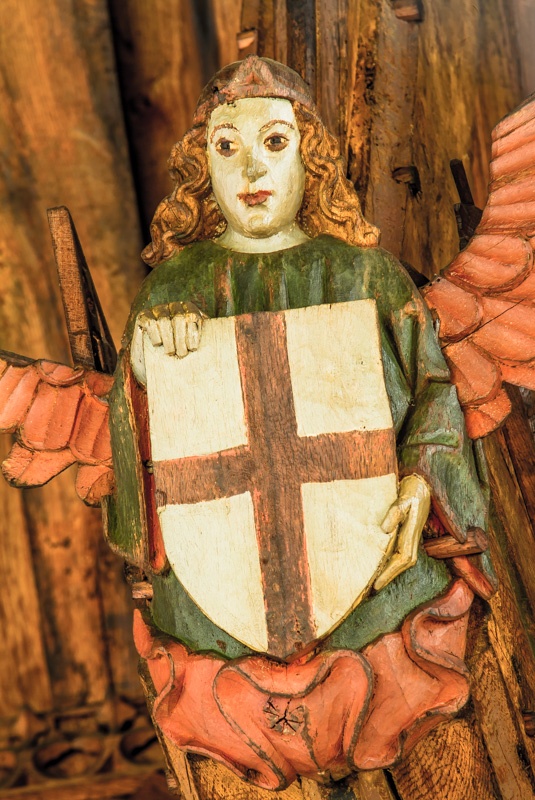 In the south-east corner of the nave is a Founder's tomb recess with a tomb slab under an arch.

The striking west tower bears a weather vane designed by artist John Snell Cotman (1782-1842), who was living nearby.

In 2015 Knapton church made the news when it was granted over £200,000 by the Heritage Lottery Fund for badly needed repairs. It seems that the nave roof was in such poor condition that it was leaking onto the hammer beam roof and the carved angel figures.

Visiting Knapton church is an astonishing experience. As soon as you walk into the church interior your eyes are drawn up to the soaring roof high above your head. The sheer number of ornately carved and painted angels is staggering, and the quality of the craftsmanship is awe-inspiring. 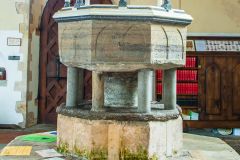 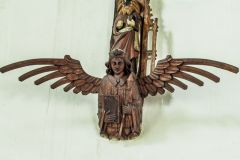 Self Catering near Knapton