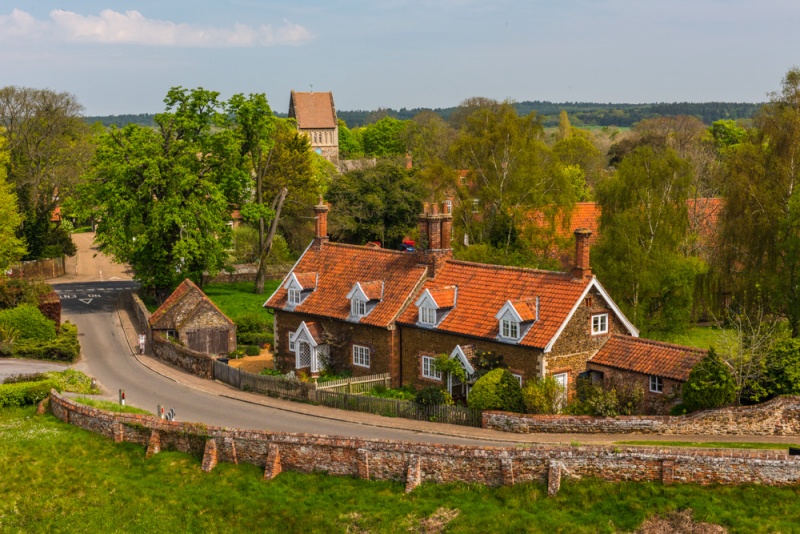 The village of Castle Rising from the castle earthworks

A lovely old village, part of the great Sandringham estate. The remains of 12th-century Castle Rising dominate the town. The castle is a superb example of early medieval architecture, with a historic past. The parish church of St Lawrence dates to the Norman period, with much later restoration. The church boasts a superb Norman font and memorials to the Howard family of Castle Rising Castle.

Castle Rising village was mentioned in the Domesday Book of 1066, when it was owned by Odo, Bishop of Bayeux, the half-brother of William the Conqueror.

Castle Rising traditionally held the status of a Parliamentary borough, which meant that it sent an MP to Parliament despite its small population. MPs to have represented Castle Rising include diarist Samuel Pepys and Robert Walpole, who served as Prime Minister from 1721-45. Castle Rising was a classic example of a 'rotten borough', disproportionately represented in Parliament, until the Reform Bill of 1832 put an end to such traditional electoral disparities. 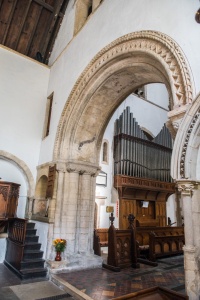 One of the finest and most elaborately decorated castle keeps in Norman England, Castle Rising was begun in 1138 by William d'Albini and surrounded by 20 acres of elaborate earthwork defences. D'Albini intended built the fortress for his wife, the widow of Henry I, but it is most closely associated with another queen, Isabella, widow of Edward II.

In 1332 Isabella was sent to into exile by her son, Edward III, after he took the throne in his own name and deposed Isabella and her lover, Roger Mortimer. Isabella died at Castle Rising in 1358, after 26 years in exile.

One of the most interesting historic buildings in the village is Trinity Hospital, a group of almshouses established by Henry Howard, Earl of Northampton in memory of his grandfather, the 3rd Duke of Norfolk in 1609. The Hospital was intended to house 12 poor women of Castle Rising who were required to be 'of an honest life and conversation, religious, grave and discrete, able to read'.

The Hospital is also known as Bede House. According to the Duke's rules, members have to attend church each Sunday clad in red cloaks and wearing conical hats. There is no admission to the interior, but you can get a good look at the Hospital exterior.

The parish church for Castle Rising was built in the late 12th century by William d'Albini II, who built the nearby castle. The nave, west front, and base of the tower all survive from that Norman church. The chancel was rebuilt in Early English style in the 13th century. Look for the beautifully carved font, brought here from an earlier church erected at the castle. Over the nave arch is triple triforium arch carved with late Norman motifs. 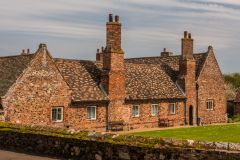 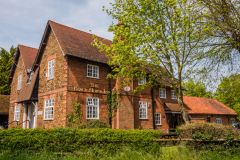 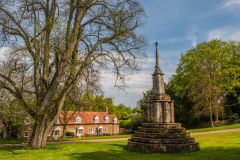 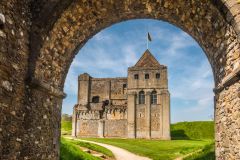 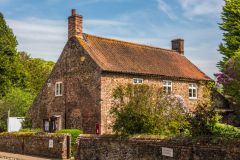 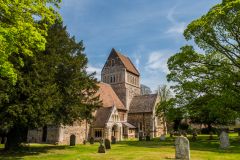 More self catering near Castle Rising >>