HERITAGE HIGHLIGHTS:   The earthworks surrounding the castle are enormously impressive. 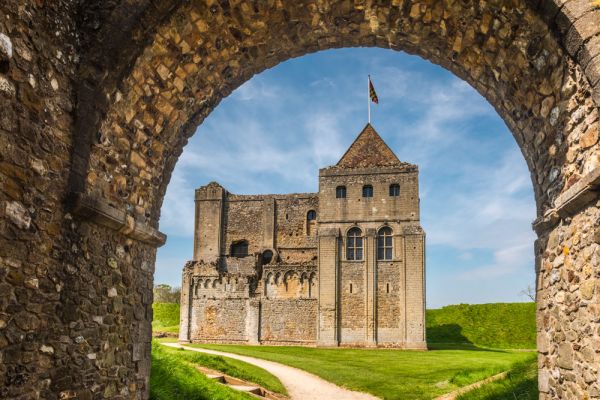 The 12th-century castle at Castle Rising was begun about 1140 by William de Albini (d'Aubigny), a Norman nobleman, to celebrate his marriage to Alice of Louvain, widow of Henry I. Albini was a prolific castle builder, also being responsible for Arundel Castle in Sussex, among others.

Castle Rising consists of a beautifully preserved rectangular keep (see photo) surrounded by 12 acres of earthwork defences. The keep was closely modelled on Norwich Castle. The defences were originally topped by a perimeter wall, of which little now remains save a few rough stones, but the earthworks are in a fine state of preservation. If you are feeling sufficiently vigorous you can climb the earthen banks and look down on the castle keep.

William the Conqueror gave the holding of Castle Rising to his half-brother Odo, Bishop of Bayeux, but later granted it to his son, William Rufus (later William II). Rufus in turn granted the property to William d'Aubigny, a powerful Norman noble. It was William's son, also named William, who built the castle as we see it today. 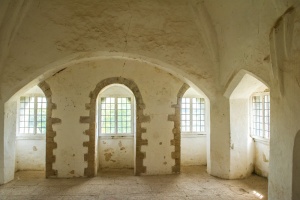 Inside a tower chamber

Castle Rising is perhaps best remembered as the place to which Isabella, widow of the murdered Edward II, was exiled by her son, Edward III. Isabella, somewhat unfairly known as the 'She Wolf of France', was believed to be at least partly responsible for the death of her husband at Berkeley Castle.

Her lover Roger Mortimer was executed, and Isabella was exiled. She was not a prisoner at Castle Rising, though, and she maintained a large retinue and lived a fairly comfortable existence until her death in 1358.

The castle then passed to Edward, The Black Prince, who strengthened the fortifications in case of attacks by the French. After this, the castle was held primarily by the Duchy of Cornwall, though it changed hands several times until in 1544 Henry VIII traded Rising manor and castle to Thomas Howard, Duke of Norfolk, in exchange for several of Howard's properties in Suffolk. Castle Rising remains in the Howard family today.

Within the defensive walls the only complete building still standing is the extremely well-preserved keep, showing some lovely Norman ornamentation. In addition, the foundations of the 11th-century chapel that predates the keep can be seen.

At the eastern entry is the gatehouse, built at the same time as the keep. The top story is now largely destroyed, but the ground floor is intact. You can also see the ruins of lodgings built for herself by Queen Isabella.

Though Castle Rising is listed as an English Heritage property, and members receive free admission, the actual ownership of the castle remains with the Howard family. 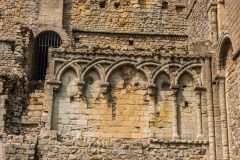 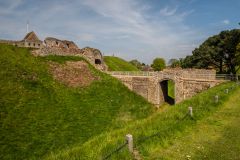 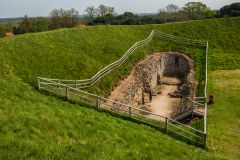 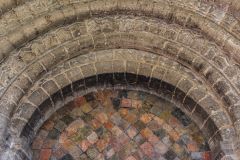 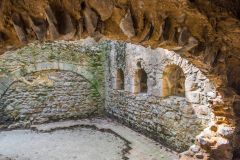 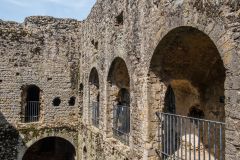 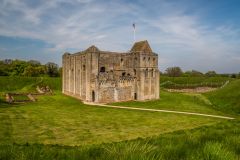 More self catering near Castle Rising