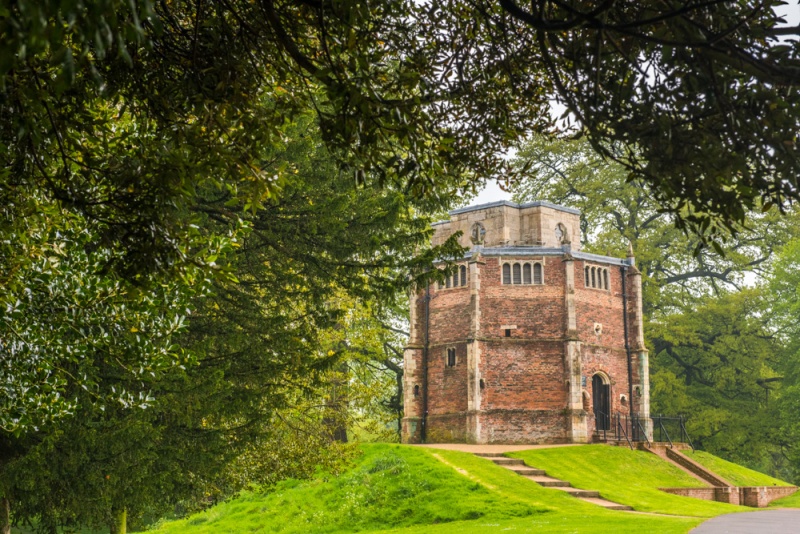 Pilgrims flocked to visit the small Norfolk village of Little Walsingham, and the pilgrims' route from the European continent took them through the port of King's Lynn.

One popular gathering place for pilgrims en route to Little Walsingham was the Red Mount Chapel in King's Lynn. The chapel was built in 1485 as a wayside chapel for pilgrims landing at King's Lynn; a place to stop and pray before undertaking the overland journey to Walsingham, or to pray before leaving England after a visit to the shrine. It was known as the Chapel of Our Lady of the Mount The Walks. 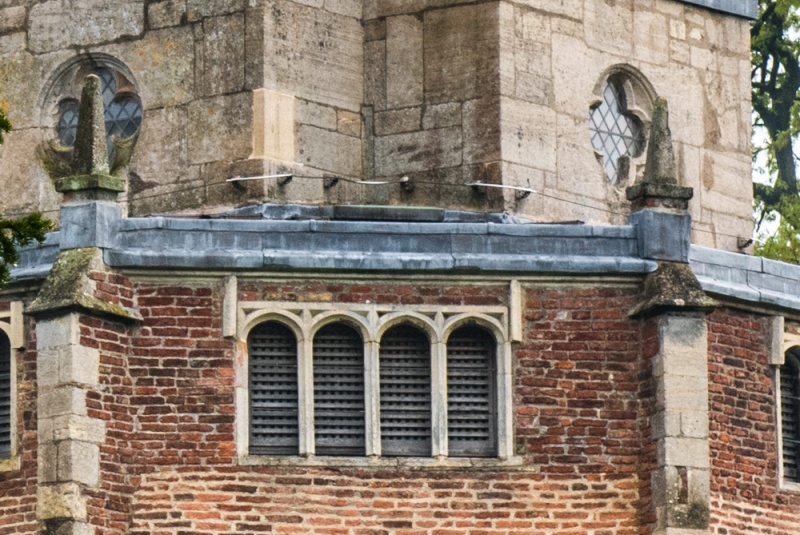 The upper section of the chapel exterior

It was built by Robert Currance from June 1483. In 1485 the Benedictine prior of St Margaret's (now King's Lynn Minster) was granted a lease on the land. The upper chapel was added in 1506, possibly by Simon Clerk and John Wastel, the mason responsible for King's College Chapel in Cambridge.

The Benedictine Priory was suppressed by Henry VIII in 1537. Surprisingly, the chapel was not destroyed, though it was later robbed of tiles and bricks for building materials. In 1586 it was converted into a study for the vicar of St Margaret's church. During the Civil War, it was used to store gunpowder, and during an outbreak of plague in 1665 it was used a charnel house.

Around 1780 the chapel was used as a stable, then in 1783 it was converted into an astronomical observatory. 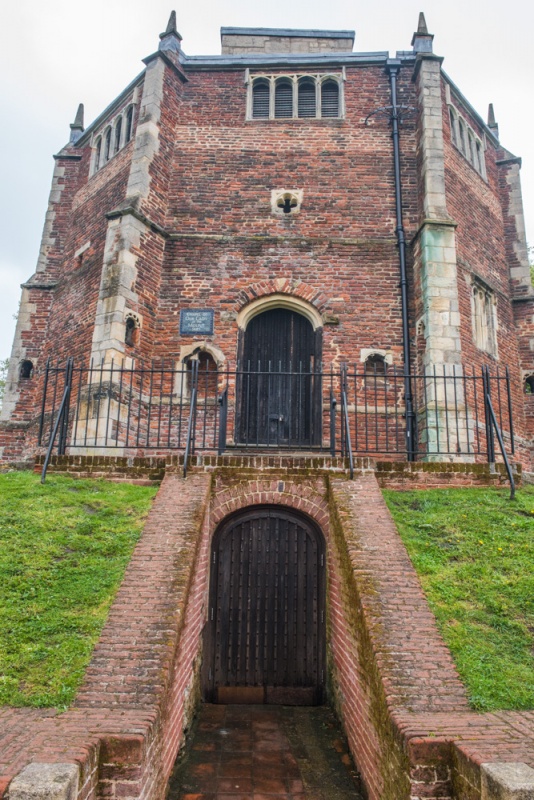 The chapel from the base of the mound

The chapel narrowly survived a bombing raid in 1942 when German bombs fell in The Walks nearby. After the war, it was used briefly as a place for interdenominational worship but this ceased when the local Catholic church found the terms of the lease too costly.

It has recently been restored and opened to the public during the summer months.

Curiously, though it formed a part of the popular pilgrim's route to one of the most sacred sites in Europe, the Red Mount Chapel has only served as a religious building for just about 50 years of its history.

The striking chapel is one of the most peculiar late medieval Gothic structures in England. It is built to an octagonal plan, and stands three storeys high. It is supported by buttresses rising two storeys, and each buttress is pierced by a hole that forms a statue niche. It is made of two concentric drums, rising over a barrel-vaulted cellar. Brick staircases run inside the wall formed by the two drums. The two staircases run counter-wise to each other, arriving at the chapel antechamber from opposite directions.

The bottom two storeys are made of red brick, but the top storey is built from stone. It was probably added several decades after the base.

There is a priest's room and two chapels, a lower chapel and an upper chapel. The upper chapel is decorated with a stunning fan-vaulted ceiling in ornate late Perpendicular Gothic style. The ceiling has been likened to the famous vaulted ceiling at King's College Chapel, which is not surprising if the same master mason was involved in both. 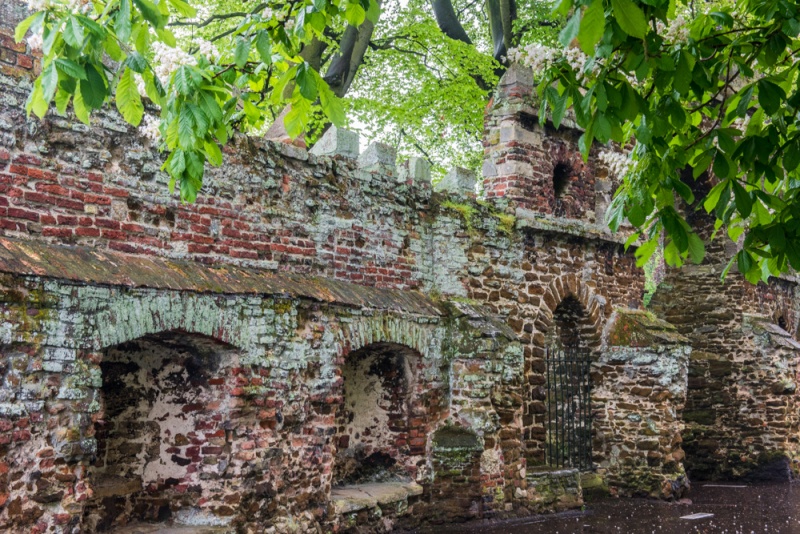 On the internal walls you will see graffiti dating back to 1639. By the entrance door is a plaque reading, 'Chapel of Our Lady of the Mount 1485'.

The chapel stands atop a mysterious mound thought to be the remains of an early Norman motte and bailey fortification.

The chapel is open two days a week from spring through autumn, with an extra day at the height of summer. At other times you can easily view the exterior of this unusual structure, which stands within the public park known as The Walks, a short stroll from the historic centre of King's Lynn.

A very short distance away is a preserved section of medieval town walls and the Guannock Gate, part of the town's medieval defences. The gate and the town wall held firm against a Civil War siege by Parliamentary soldiers. The Parliamentary army could not breach the defences, but lack of supplies eventually forced the Royalist defenders of King's Lynn to surrender.