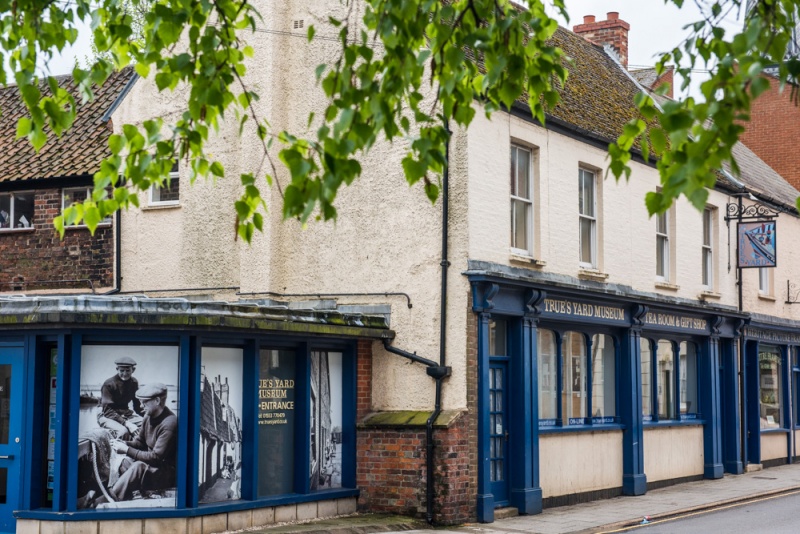 The North End of King's Lynn was traditionally home to a close-knit fishing community, whose tightly-packed cottages and cobbled yards contrasted starkly with the wealthy dwellings of the rich merchants of King's Lynn.

The last pair of 18th-century fishing cottages have been preserved, and are now home to a fascinating museum tracing the development of fishing in King's Lynn and the harsh life of the North End community.

The yard is named for William True, who purchased the property in 1818. The cottages served as a bakery, sailor's home, and a grocer's shop. By the 1980s they were in dire condition, and threatened with destruction before a local trust was formed to preserve the buildings and turn them into a museum and heritage resource centre.

The cottages were built around 1790, on the site of earlier buildings. There were originally four more cottages, but there were pulled down in 1937. The cottages were lit by oil lamps and heated by coal. There was no running water and no electricity. There was also no privy, and chamber pots were emptied into the nearby river when they were full.

The preserved cottages have been carefully refurbished to show what life was like for the fishermen and their families. One cottage is restored to what it was like in the 1850s when a family of 11 lived there.

One unusual feature is a brick floor. The family would dump the days catch onto the floor to be sorted and gutted, then the guts would be washed into the yard. It is fair to say that the cottages must have reeked. There was one bed, where up to 6 younger children would have slept. 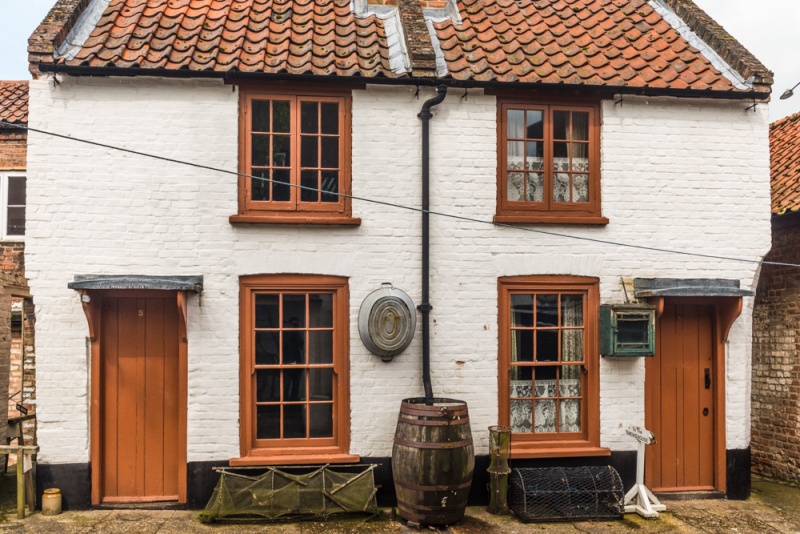 The other cottage is refurbished as it would have looked in the 1920s. The most obvious immediate difference with the earlier cottage is that the floor has a rug, meaning that the day's catch was no longer being sorted inside the cottage.

The cottages provide a fascinating look at what must have been a harsh and difficult existence.

Linked to the cottages is the last surviving domestic smokehouse in the area, discovered by accident. The smokehouse was used as early as 1880 to smoke herring. It was owned by Thomas Westwood of North Street. Westwood married in nearby St Nicholas Chapel and almost certainly his three daughters would have worked in the smokehouse.

In the small museum courtyard is a restored fishing smack, named Activity, which was made by local shipbuilders at the turn of the 20th century. The Activity is a half-decker shrimp and shell fishing boat. During the summer it would be used to gather shrimp, and cockles and mussels at other times of the year. The boat has a shallow draught, enabling it to easily navigate the waters of The Wash at low tide.

The main museum space occupies a historic smithy, used by the North End blacksmith. The neighbouring shop was originally home to the community baker. Local residents would bring food to the baker to be cooked in his oven for a penny.

Other items on display include a cart used to sell samphire, a form of edible seaweed dubbed 'the poor man's asparagus'.

Though the restored cottages and smokehouse take centre stage at Trues Yard, there is much more to see in the onsite museum, with two galleries of displays on the life of fishermen in King's Lynn, traditional costumes such as the local knit jumper known as a gansey.

Each family had a distinctive gansey design so that if a fisherman drowned at sea his body could be more easily identified. One very interesting display is a scale model of King's Lynn in the Tudor period (1485-1601), showing the major historic buildings.

There is also an archive of documentary material for historical research, including a 'sound archive' of recordings. Local residents can record their memories of King's Lynn for addition to the sound archive. The museum also features a Victorian tea-room and a well-stocked shop with books on local history. Guided tours and children's workshops can be arranged, as can a guided history walk of the North End area. There is a small entrance fee.

Trues Yard holds a key to the historic medieval church of St Nicholas Chapel a few yards away on St Ann's Street.

NB. We'd love to share photos of the museum interior, but unfortunately we were not allowed to take indoor photographs. 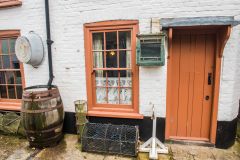 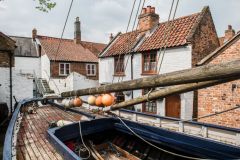 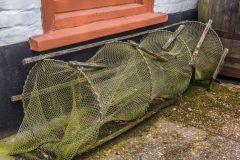 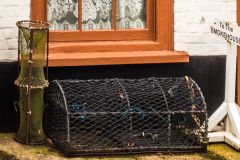 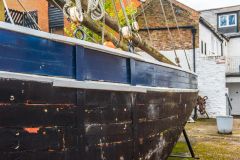