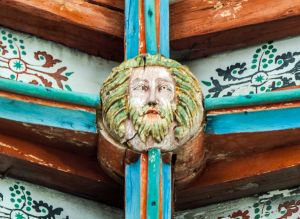 A medium-sized village near Aylsham, Cawston draws visitors from every corner of the country to see the fabulous hammer-beam roof of St Agnes church. There was a church here as early as the 12th century, but the present building dates to the 14th century.

The superb roof is one of the first examples in Britain to be built in a double hammer-beam style. In addition, St Agnes boasts a lovely 15th-century painted rood screen.

There has been human habitation near Cawston since at least the Neolithic period, as evidenced by finds of flint axes, but the village itself dates to the post-Roman period. The village formed part of the Viking Danelaw region, but later formed part of the royal estates of Harold, last Saxon king of England.

The importance of the royal manor is obvious in the Domesday Book, when Cawston had a population of some 685 people, making it the same size as nearby Aylsham, which is now vastly larger.

The first recorded rector of St Agnes church was Henry de Castello, named in 1189. In 1263 Henry III granted the Lord of the Manor permission to hold a weekly market and an annual 2-day fair. Edward I followed the example by granting Cawston the right to hold an annual St Agnes Fair on 21-22 January each year. Edward was known to have visited the village in 1294 when he stayed at 'King's Castle', probably a hunting lodge.

Another royal connection was John of Gaunt, 1st Duke of Lancaster, who held the manor in the late 14th century.

Cawston was a thriving centre of the woollen industry during the Middle Ages and was known for its worsted cloth and flannel. In the 18th century, the area gained a reputation of a different sort - as a centre for smuggling. Perhaps the smugglers stopped in for a pint at the Bell Inn, built in 1673 (the date is carved on a beam in the bar). The date must refer to a time before The Bell became a pub, for the first known licensee comes from 1830.

On Norwich Road is the Duel Stone, commemorating the last duel fought in Norfolk, in 1698. This illegal duel took place between Sir Henry Hobart, of Blickling Hall, and a lawyer named Oliver Le Neve. Hobart received a fatal wound, and Le Neve fled the country, only to return 2 years later when he was pardoned. 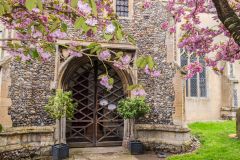 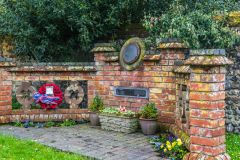 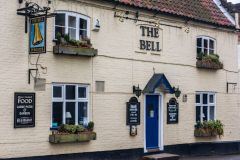 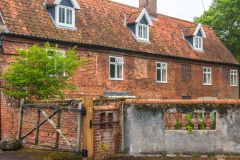 More self catering near Cawston >>

More bed and breakfasts near Cawston >> 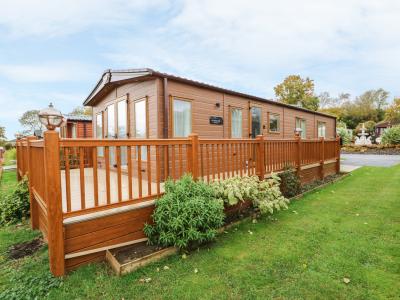 This detached lodge is located in Norwich, East Anglia and can sleep four people in two bedrooms.
Sleeps 4 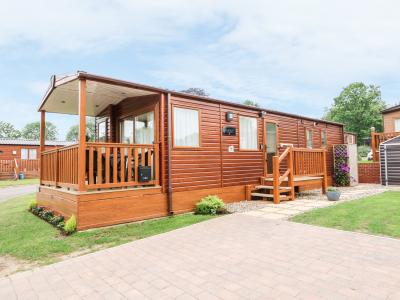 This wooden lodge rests on Haveringland Holiday Park, near Cawston in Norfolk and it can sleep four people in two bedrooms.
Sleeps 4