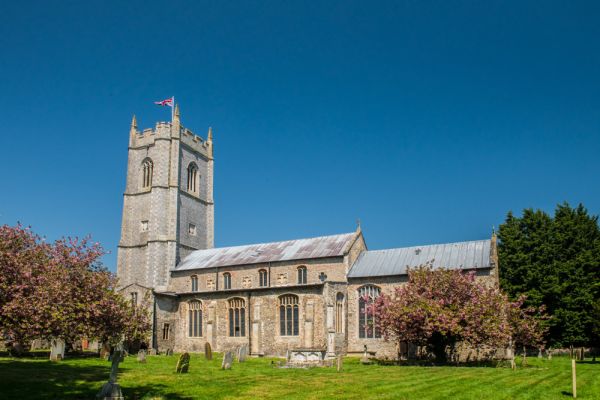 The attractive rural church of St Peter & St Paul stands in a corner of Heydon Park, in the conservation village of Heydon, one of the prettiest and least spoilt villages in England. Only a single country lane leads in and out of the village, leaving it an oasis of picturesque charm.

The church was erected in the 14th century, then almost completely rebuilt in Perpendicular style in the following century, when large windows were inserted in the nave and chancel. There is a large 15th-century south porch and a smaller, and older, north porch. The south porch roof is vaulted, with beautifully carved bosses. The nave arcade is 14th century.

Among the historic treasures is the 15th-century wine-glass pulpit. The backboard is 17th century, with a relief carving of the Last Supper. The pulpit is surmounted by a sounding board added in 1894.

One of the most interesting historic features is a 15th-century rood screen, the gift of John Dynne whose son Henry built Heydon Hall. An inscription records the date as 1480. The screen retains much of its original medieval paint. Beyond it, set into the chancel floor, is a brass inscription to Dorothy Castell, who died in 1618. 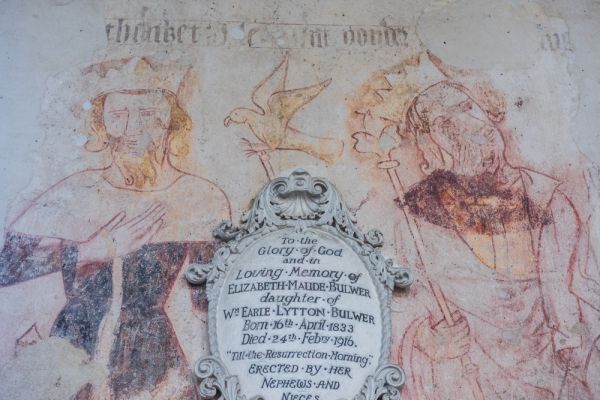 On the north aisle wall is an excellent medieval wall painting, lost for centuries beneath coats of whitewash. It was only discovered during restoration work in the 1970s. The painting depicts two kings, part of a larger scene depicting the Three Living and Three Dead.

The theme is mortality, a common one during the 14th century, when memories of the Black Death were fresh and painful. The kings are given a stark message by the dead; 'As you are so once were we. As we are so you shall be' The figures of the kings are separated by a pair of 18th century tablets, and you can just see a figure of a skeleton visible above the upper tablet.

At the east end of the aisle is two scenes showing Salome dancing before King Herod. Why two scenes of the same subject? The painting appear to have been made at different times, suggesting that they formed part of a much larger sequence that was entirely repainted. It may have been part of the decoration scheme for a chapel dedicated to St John the Baptist, which makes sense given the Salome depiction. 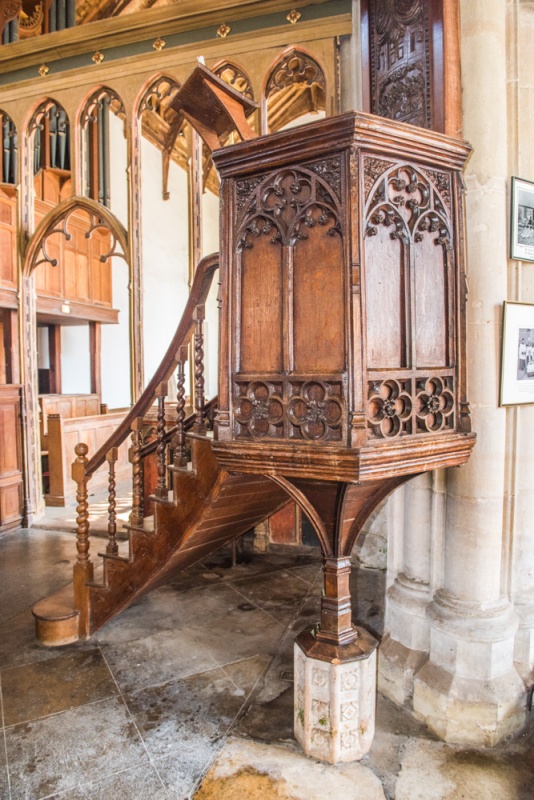 In the south aisle is yet another medieval painting showing the Magi giving their gifts to the Christ child.

At the west end of the nave is a plainly carved 13th-century font in a tub shape, set on an octagonal base.

In the north aisle are box pews, and a very large squire's pew erected in 1596 by Erasmus Earle. On the north wall is a royal coat of arms to Queen Anne.

The best memorial in the church is an ornate memorial slab to Erasmus Earle (d. 1667), a wealthy lawyer who purchased Heydon Hall in 1650. The memorial was built several decades after his death in 1690 and is surrounded by iron railings.

On the north side of the tower arch is a very good wall monument to John Bachelour (d. 1708). In the south-east chapel is a medieval piscina and a 17th-century panelled reredos.

One lost treasure of Heydon is a 'Blasphemy Window'; a stained glass window on the north wall. This depicted Christ surrounded by a group of young men blaspheming, each swearing by a different part of Christ's body. Each man's oath was recorded in a rhyming couplet in middle English, and below was a lamentation of the Virgin Mary. The window was extensively studied and recorded in detail in the early 19th century but has since been lost.

I came to Heydon on a hot spring day, when the church provided a cool, welcoming escape from the heat outdoors. The path to the south porch was strewn with pink apple blossoms, laying like a carpet before me. What a wonderful church, in one of the most beautiful village settings you can imagine. Heydon seems lost in a time warp, and long may it continue. 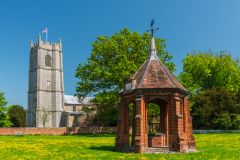 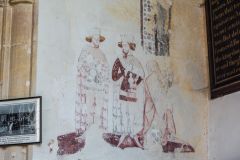 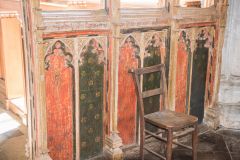 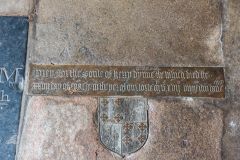 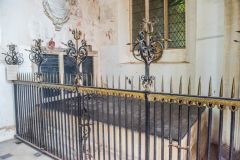 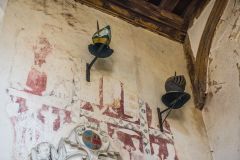