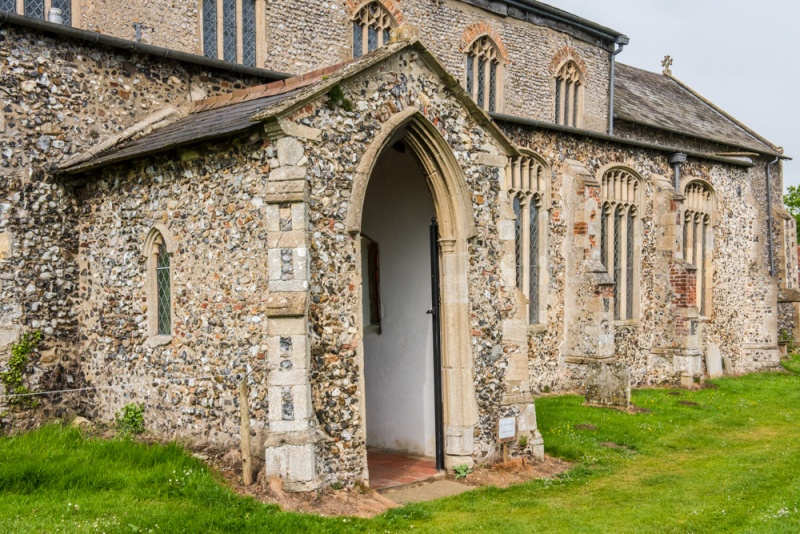 All Saints is a large and impressive 13th-century church, remodelled in Perpendicular style in the 15th century. The church boasts a wealth of late medieval treasures, including a single hammer-beam roof. Heavy tie-beams were added to the roof in the 18th century when a fierce storm caused the south aisle to lean at an alarming angle. You can still see the obvious slant to the south arcade.

Two historic features, in particular, make All Saints a delight to visit; a beautifully carved and painted 15th-century screen, and a superb Seven Sacrament font from the same period.

The screen is decorated with painted panels of 16 figures, including saints, the Apostles, and a bishop. On the left is a figure of St Faith, with a crosscut saw, the instrument of her martyrdom. Other saintly figures include St James the Less, St Thomas, St John, and St Philip. Most of these saints can be identified by their symbols, but there are also three unidentified saints without symbols. 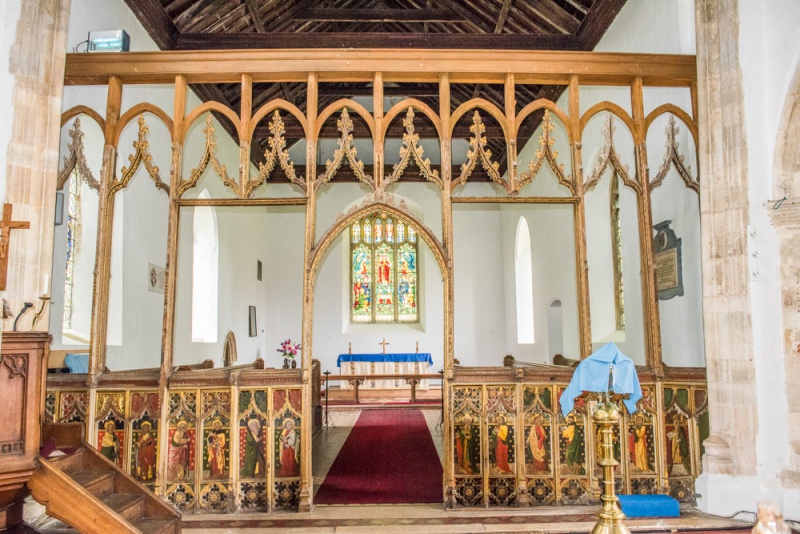 According to historic documents the screen originally had a Latin inscription which translated as 'Pray for the souls of John Norton and Maragret his wife, whose souls may God forgive'. It was probably crafted by the same person responsible for the screen at St Michael's church in Aylsham, which we know was created in 1507.

The other treasure is the font, one of 29 Seven Sacrament fonts in England and one of 16 in Norfolk alone. The font can be dated to around 1467, based on the style of headdress worn by several of the carved female figures. The eight facets of the font bowl depict, from the east face, Baptism, Confirmation, Anointing the Sick, The Day of Judgement, Confession (look for the defeated devil in this scene), Marriage, Holy Orders, and The Eucharist. On the font shaft are figures of the Four Evangelists.

In the floor of the nave aisle are the remains of a brass to John Bishop (d. 1472) and his wife Agnes (d. 1489). By the chancel step is a stone carved with the Latin word 'Oblivio' repeated eight times. This has been suggested as the grave of a suicide victim, but it seems very unlikely that a suicide would be buried at the entrance to the chancel. 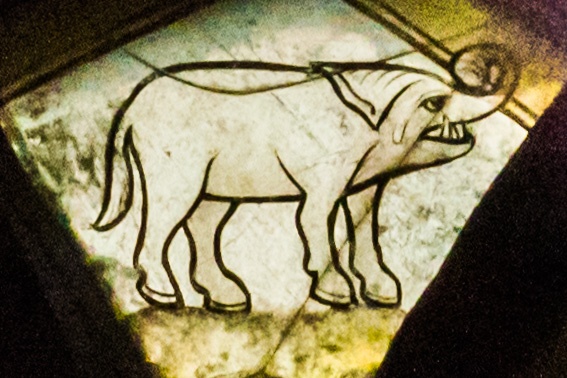 Hanging from the organ loft is a royal coat of arms to James I, and in the north aisle is a Jacobean altar table. Also in the north aisle are two fragments of medieval glass depicting a unicorn and an elephant. It is fairly obvious that the medieval artist had never seen an elephant, for it is depicted as a fierce beast with terrifying teeth and hooves like a horse.

In the south wall of the chancel is a very good stained glass by the famous CE Kempe studio. In the south aisle is a glass panel with the arms of the Mercer's Company, who have held the patronage of All Saints for 500 years.

One of the rectors of Marsham was Samuel Otes, or Oates, the father of the notorious Titus Oates, whose false testimony helped launch 'The Popish Plot' conspiracy in 1678. The younger Oates was executed when his role in the plot came to light.

Another rector was William Goodall, an unscrupulous character who sold most of the church's medieval glass to line his own pockets. Some of the glass sold by Goodall is now in Bramerton Hall, and more now graces an old house on St Mary's Plain in Norwich.

A much more recent rector was Henry Cavell, the uncle of nurse Edith Cavell who was executed during WWI for helping Allied servicemen in Belgium.

The Laughing Boy of Marsham

For many years one of Marsham church's historic highlights was a small carved figure of, yes, a laughing boy, set over the second arch in the north aisle. At one point the font stood beneath the arch and the carving formed a 'fixing'; a place to secure the wooden font cover.

he boy was carved in such a way that its face seemed to be smiling at visitors wherever they were in the church. The font cover disappeared during a restoration in 1880, when the font was moved to its present location near the entrance door. As for the boy, the excellent church guide says that it was stolen at the same time but gives no other details. 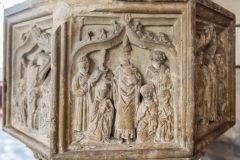 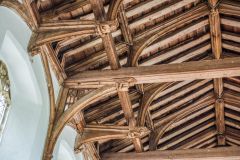 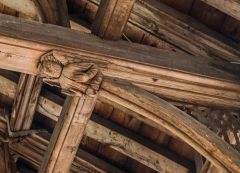 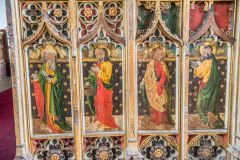 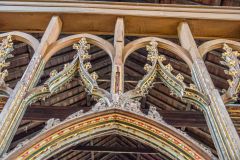 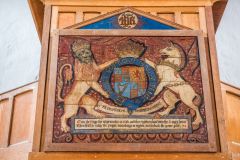 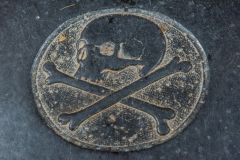 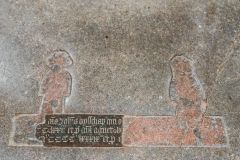 More self catering near Marsham, All Saints Church

More bed and breakfasts near Marsham, All Saints Church