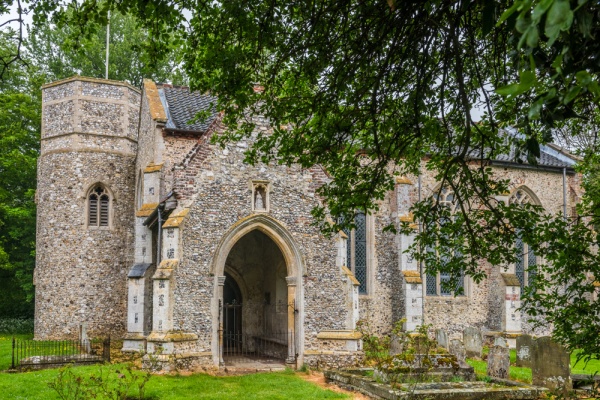 A Norman church with later medieval rebuilding, St Nicholas is composed of a nave, chancel, and porch, with the addition of a very short octagonal west tower. The tower may date in part to the Norman period and is built of flint, as is the body of the church.

The 12th-century north aisle was originally the church nave, but the bulk of the church is 14th and 15th century. The building was heavily restored in 1844 and many of the interior features date to this restoration, though some small pieces of medieval stained glass still remain. 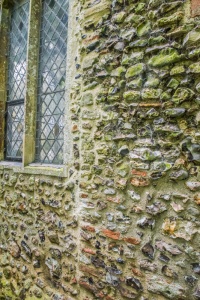 The octagonal font dates to the Victorian restoration. The bowl is carved with small faces around the base.

The altar is Victorian, in Gothic style under an 18th-century window. The south windows of the nave boast fragments of medieval stained glass. Against the north aisle wall is a memorial to two Enright brothers, sons of the Brandiston rector, who died in WWI.

Second Lieutenant Anthony Enright died from wounds received in action in 1917 and his brother Lieutenant Preston Enright, an RAF pilot, died in action just nine days before the war ended, on 2 November 1918.

Also in the north aisle is a 19th-century organ originally installed at Haveringland Hall.

The organ partly obscures a grave slab to Thomas Andrew, who served as rector from 1338-1349. Given the date, it seems quite likely he died from the Black Death.

Throughout the church are memorials to the Atthill family of Brandiston Hall, which stands just north of the churchyard.

In the porch is a medieval mensa, or altar stone. Altar stones were removed from churches during Edward VI's reign (1547-1553) and replaced by wooden communion tables.

Look for reused Roman bricks in quoins on the north wall and the south-west corner of the tower.

St Nicholas church is no longer used for regular worship and is in the care of the Churches Conservation Trust. It is usually open during daylight hours. 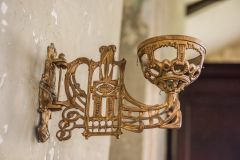 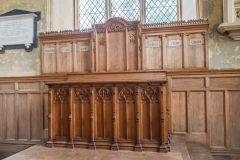 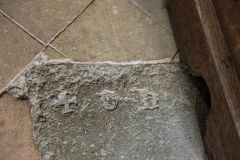 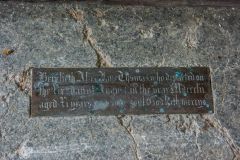 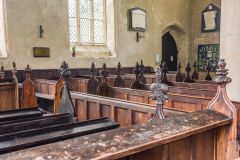 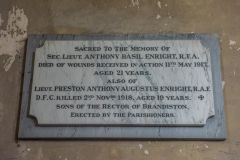