HERITAGE HIGHLIGHTS:   All Saints church and its Seven Sacrament font 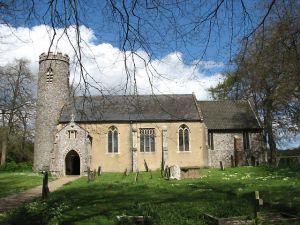 All Saints church in Gresham

Gresham is a small village near Norwich. The parish church of All Saints has one of the finest Seven Sacrament fonts in Norfolk - and that's saying something! These octagonal fonts are prevalent in Norfolk, and Gresham boasts one of the best examples. All Saints also has a round tower - another a Norfolk characteristic.

There are 124 round tower churches in Norfolk, of which All Saints is one. The church may stand on an ancient pagan site, as Bronze Age remains have been unearthed from the site.

Visiting All Saints is a curious experience, for the interior walls have been whitewashed and appear quite plain by Norfolk standards, but there is a story behind the lack of interior decoration. Lt Col Batt held the living in the 1940s.

Batt was a fierce Protestant and wanted all trace of ornamentation and 'Papish' decoration removed from the church. The vicar, however, was an ardent Anglo-Catholic and refused. Batt took his complaint to a consistory court and won. As a result, the walls were whitewashed and every vestige of ornamentation removed or covered up.

Though it is called a castle, this moated medieval fortification was actually a fortified manor house, built by Sir Edmund Bacon in 1318. Sir Edmund diverted the course of Gur Beck to provide water for a defensive moat some 12-15 feet wide. In 1427 Gresham Castle was bought by William Paston, but Lord Moleyns of Hungerford claimed half the site.

In 1448 Lord Moleyns led a band of men into Gresham Castle and collected rents from the tenants. John Paston, William's heir, petitioned the king to reclaim his castle, but once more Moleyns returned, this time with a force of 1000 men, who ejected Paston's wife and a dozen servants and garrisoned the castle against attack.

It took a year for the Paston's to reclaim Gresham Castle, by which time it was in very poor condition. Though plans were drawn up to repair the castle, the plans were never put into force and it was left to decay.

Some small amount of water still stands in the moat which makes access to the castle site difficult. The fortifications cover 2378 square metres, with round towers at the corners. The curtain wall that surrounded the site stands up to 6 feet high in places but most of the castle is overgrown with a dense tangle of brambles and trees.

The Batt family bought the manor in 1620 and still own it today. 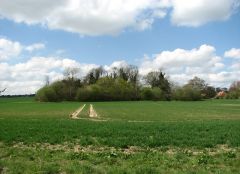 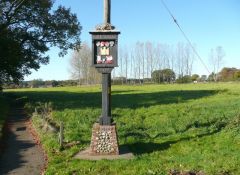 More self catering near Gresham >>

More bed and breakfasts near Gresham >>