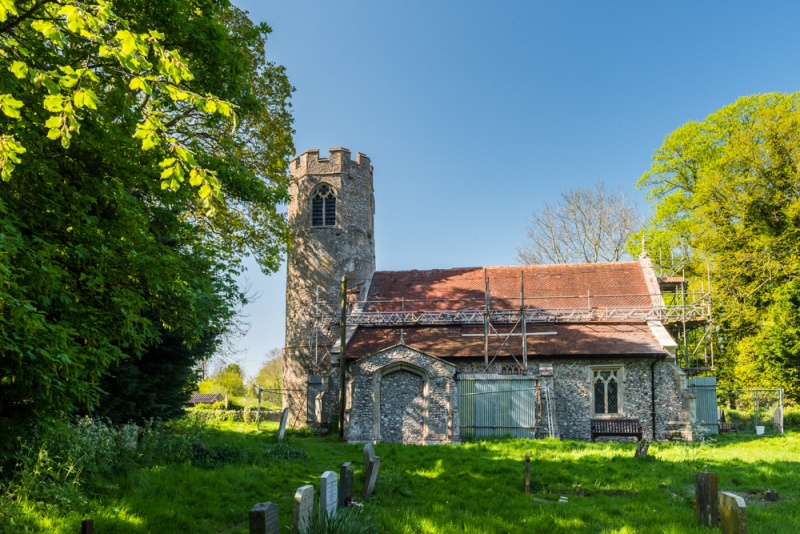 Your first clue to the age of St Peter's church in Matlaske is the round west tower, typical of the late Saxon and early Norman period. There seems to be some doubt as to exactly when the tower was built, but it seems as if the tower and nave were built at the same time during the early to mid 11th century, before the arrival of the Normans.

The lower section of the tower has extremely thick walls, though the walls taper as they rise to an octagonal belfry. The tower arch inside the church is extremely tall and narrow, again typical of late Saxon work.

Above the arch is a large funeral hatchment. These hatchments were posted outside the home of a deceased person, usually for six months or more, and many were then moved inside the parish church for permanent safekeeping. 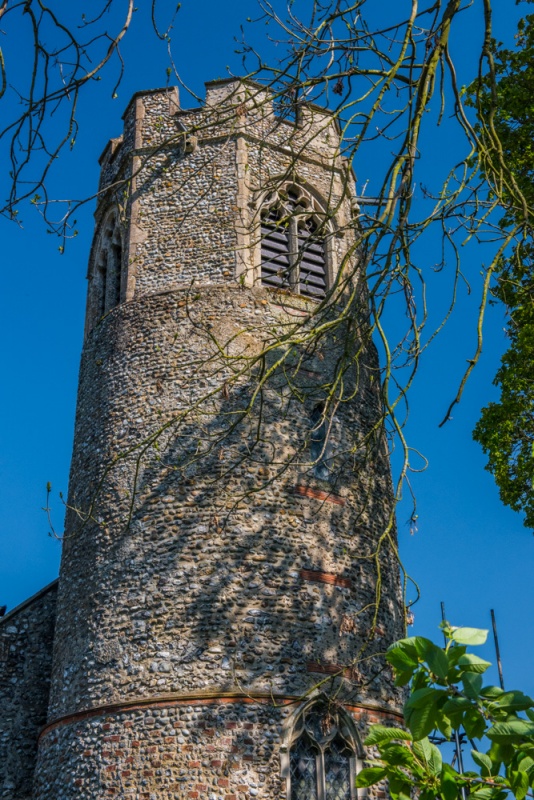 The Saxon round tower

The church is built of coursed flint, typical of Norfolk, and dressed with stone. The south aisle roof dates to 1710, as indicated by a wall plate inscription. There are several very good poppyhead bench ends, dating from a 19th-century restoration, and very good carved corbel heads supporting the timber roof.

Over the south doorway is a painted royal coat of arms on canvas to George III. The octagonal font is 15th century, but extremely plain, with no obvious decoration on any of the bowl faces. In front of the high altar is a very good brass chandelier, often seen in this area of Norfolk.

There are just a few interesting memorials, including a wall tablet to Christopher Dixon, who died in 1727 at the age of 91. Set into the floor are several ledger slabs to members of the Gunton family, including Dennis Gunton (d. 1804) and Henry Gunton (d. 1792).

One dramatic incident in the church's long history occurred on 19 March 1726 when the chancel collapsed during a service. Astonishingly no one was hurt in the collapse, for the walls fell outwards, but the chancel was never repaired, and the church we see today is housed in what remains of the nave.

Some of the fallen chancel stones were used to close off the east end of the nave, and others were used in the churchyard wall. You can see ruins of the chancel walls as you wander around the church exterior.

I came to Matlaske on a sunny day in May, drawn by the chance to see St Mary's church at Barningham Winter, in the grounds of Barningham Hall. When I'd finished, I drove out the Hall drive and spotted the round tower of St Peter's church, and I thought I'd take a look. There were workman doing restoration work on the church walls and roof. I asked if it was alright to go inside and they shrugged, so I was able to explore the church.

You'd never call St Peter's a dramatic building, but you do get a sense of the church's great age. The tower especially draws your eye, and of course the ruins of the medieval chancel. I can't imagine what it must have been like on that morning in 1726 when parishioners were gathered to hear morning service only to have the walls collapse around them. 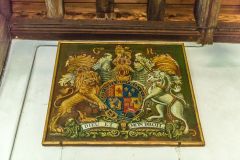 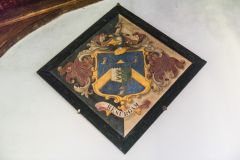