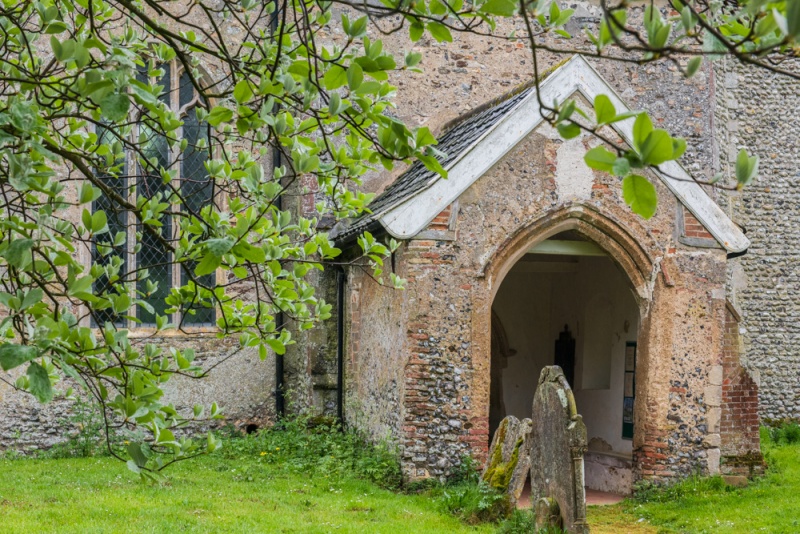 The church of St Bartholomew sits well away from the centre of Hanworth village, as if it has wandered off to a quieter spot to be alone. The church is mainly 14th century, but incorporates Saxon stonework on the north chancel wall, suggesting a much older building.

The nave and south aisles are slightly later than the chancel, and most of the windows are in Perpendicular style, suggesting a 15th-century date. One unusual feature is that the clerestory windows are clustered tightly together, with two windows between each arch.

The striking west tower was added in the 15th century. It is built of local flint, with ornately traceried sound holes. In the porch is a 15th-century holy water stoup, and another stoup of the same date is just inside the south door.

Near the north door is an ancient parish chest with three large locks. Aside from important parish documents it may have held armour, for several Tudor helmets were kept in the church until quite recently.

The font is Norman, with a huge bowl supported on four slender pillars. It predates the present church by at least several centuries. The altar table was installed in 1564, at the height of the Reformation, replacing the old medieval altar stone. The medieval stone was removed to the churchyard, but brought back inside in 1895 and placed on top of the 16th-century table.

Over the chancel arch is a painted royal coat of arms to Queen Anne. There is a ring of five bells in the tower, the oldest three cast in 1612.

The organ was built in 1865 by 'Father' Henry Willis, the most famous organ manufacturer of the Victorian period. 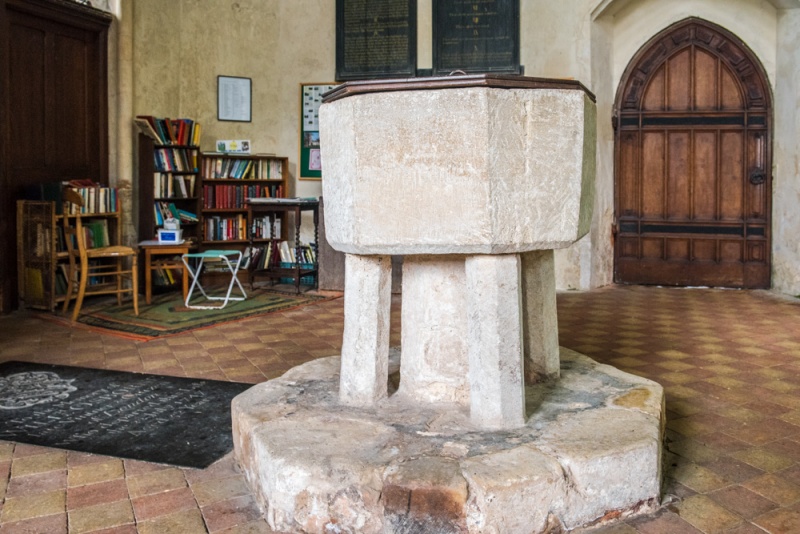 The registers also record the visit of Bishop Redman in 1589. The Bishop was shocked by what he found, and reported that the vicar, one Robert Roo, 'was unlicensed to preach, but did so in a rude, rustic, and drunken manner'.

One touching monument is a memorial urn at the west end of the south aisle. The inscription tells the sad tale of Harriet Charnock, who died in 1766 and the age of just six years. Set into the nave floor is a series of very good 17th-century grave slabs to members of thew Doughty family, lords of the manor at Hanworth for many years. Among the best grave slabs is that of Frances Doughty, who died in 1668. 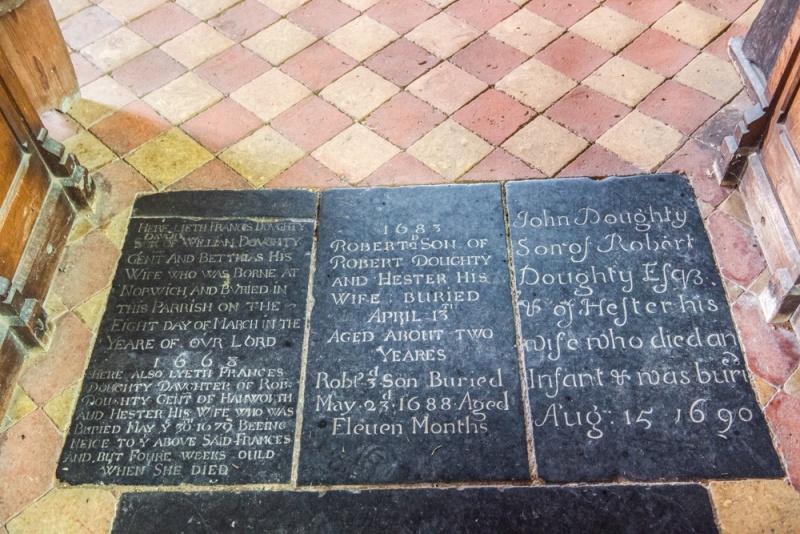 Before the altar is a grave slab to Thomas Sayer, a vicar of Hanworth, who died in 1757. Perhaps the finest memorial in the church is a richly carved slab with an ornate coat of arms to William Osborne, a vintner and citizen of London, who died in 1747.

In the churchyard is the grave of Sgt Kenneth Chalmers, an RAF engineer who died in 1943 during a raid on occupied France.

St Bartholomew's is a lovely country church in a beautiful countryside setting. The church was open when we visited. 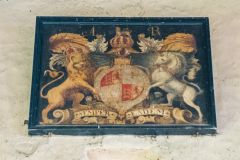