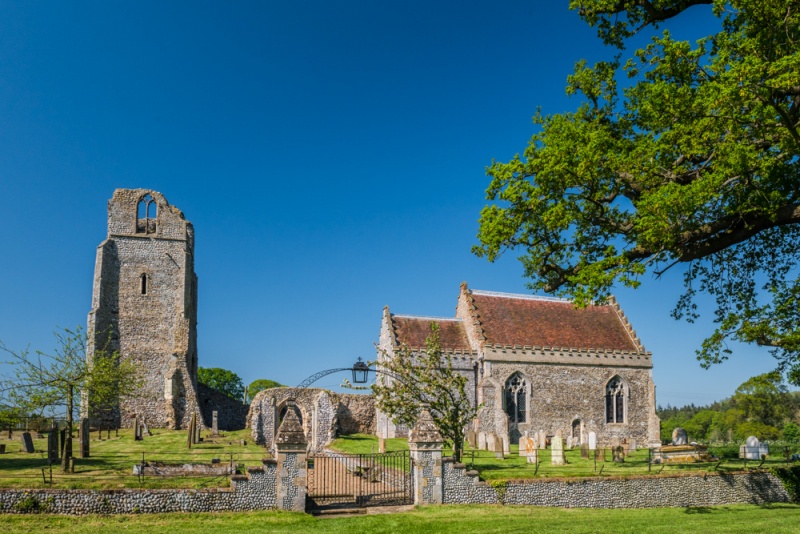 St Mary's church in Barningham Winter has been described as a 'romantic ruin', which is partly true; it is certainly romantic, but only part of the church is ruined. Don't look for Barningham Winter village on a map; you won't find it. The church stands in the grounds of Barningham Hall, just north of Matlaske village.

The Hall was built in 1612 for Sir Edward Paston of the wealthy Paston family, whose letters provide such a wonderful glimpse at medieval life in Norfolk. The 17th-century house was remodelled by Humphry Repton and his son John Repton. The Reptons also laid out the picturesque parkland surrounding the Hall.

In the park, just north of the Hall, stands the 14th century church of St Mary. Or at least, part of the church stands, for part of the medieval tower collapsed in the 17th century and destroyed the nave. Rather remarkably the rest of the tower is still intact, but the nave is no more than crumbling walls. The 14th century chancel now serves as the church, with a small Victorian addition.

The 13th-century Purbeck marble font stands within the shell of the tower, exposed to the elements. The font bowl is very simple; an undecorated octagonal shape, set upon an octagonal stem.

Within the chancel are memorials to the Paston and Mott families of Barningham Hall. Near the entrance is a 15th-century memorial brass to John Wynter, a knight of the Wynter family who owned the Barningham estate from 1361-1612. The Wynter name lives on in the name of the church, 'Barningham Winter'. 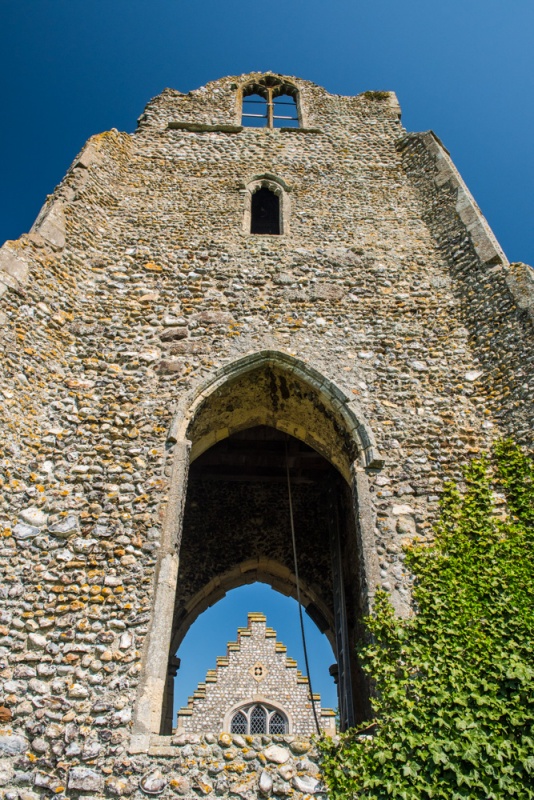 Other windows hold fragments of medieval glass and later painted glass panels brought from Europe. Among the panels are a pair of beautiful 17th-century Flemish roundels dated 1613.

In the chancel is a 14th-century triple sedilia linked by arcading to a piscina of the same date.

On the wall is a poignant black plaque telling the sad tale of Lt. Col. Charles Radcliffe, who went missing in action in 1915 at the Battle of Loos. His widow tried in vain to find his body but what became of him was never discovered. 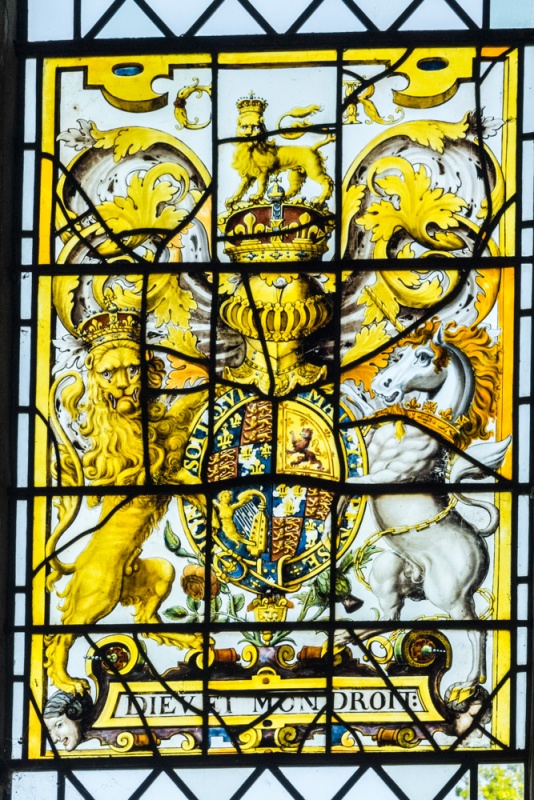 Charles I royal coat of arms in stained glass

I came upon Barningham Winter church by accident. I was driving through Matlaske when I saw a sign for 'Historic Church' that pointed down what was obviously a private estate road.

On the spur of the moment I turned down the estate road and followed it through glorious landscaped parkland, with copses of carefully planted trees. The bulk of Barningham Hall loomed into view in front of me, and I had a few qualms about driving directly in front of the hall. I trusted the sign on the main road and kept on past the hall and the picturesque church came into view ahead of me.

The setting is unforgettable, with the historic parkland on all sides and the manor house just in sight. There is a small parking area in front of the church, and the door is usually open. This really is a wonderful location, and the sight of the ruined tower and nave walls beside the restored chancel is unforgettable. 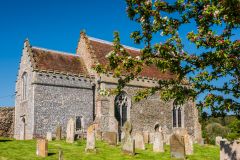 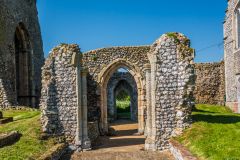 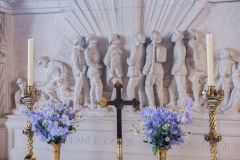 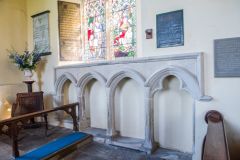