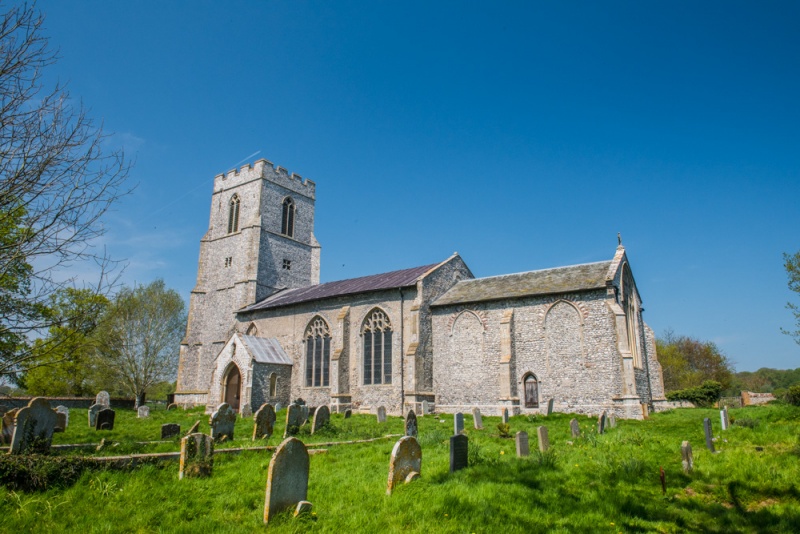 The medieval church of St Margaret stands in an idyllic location within the grounds of the National Trust's Felbrigg Hall. The village grew up around the church, but following a severe outbreak of the plague in the 16th century the village was rebuilt in a new location to the north-east, leaving the church stranded. It now stands amid the carefully landscaped Hall parkland like an atmospheric Gothic folly.

Like so many Norfolk churches St Margaret's is built of flint, dressed with stone. Most of the present building is 15th century. Almost all the original medieval window tracery has been lost because many of the windows were walled up to allow more monuments to be built.

The tower holds a single bell, inscribed with 'T. Newman made mee 1707'. One very unusual feature is a stone wafer oven built into the wall of the tower. 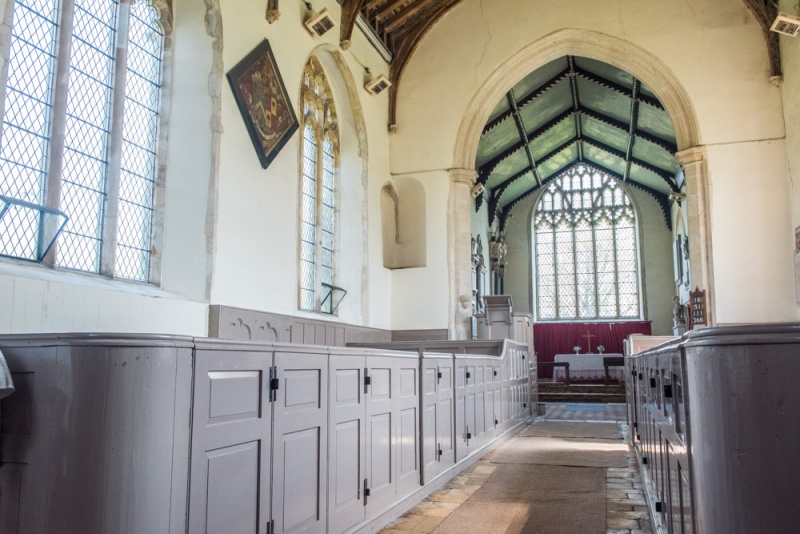 The best historic feature is a collection of medieval memorial brasses. These brasses are in such good condition that they have been used as illustrations for facsimiles at several brass rubbing centres.

In the chancel is an early 15th-century sedilia, or clergy seat. Set between the two central arches is a monument to William Windham (d. 1810), designed by the famed sculptor Joseph Nollekens. An earlier William Windham (d. 1689) is thought to have been carved by Grinling Gibbons.

In front of the sedilia, set into the floor beside the altar, is a 14th century brass to Simon de Felbrigg and his wife Alice, along with their son Roger and his wife Elizabeth. The brass was commissioned around 1380 by Simon de Felbrigg, and shows him in civilian attire, with a sword at his belt. His son Roger, by contrast, is shown in armour and stands atop a lion. Sir Simon must have commissioned the brass when he heard of Roger's death in Prussia. 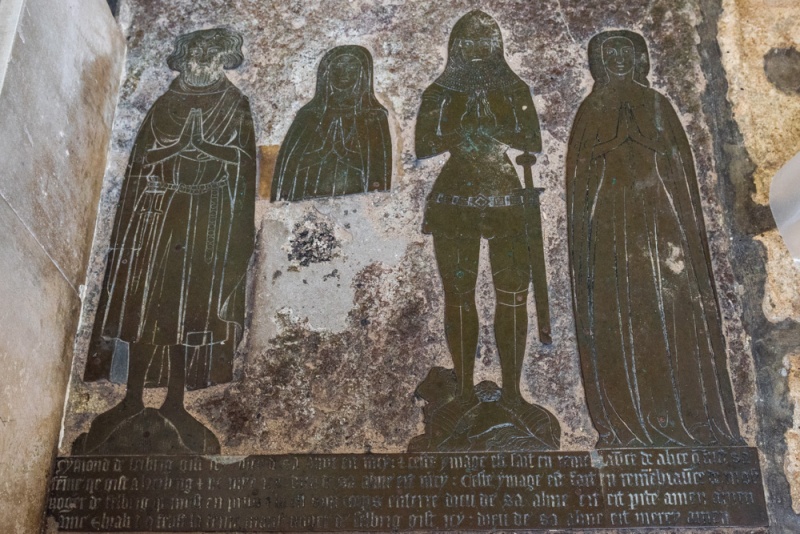 The most impressive brass is set into the floor of the central aisle. It dates from 1416 and shows the same Sir Simon de Felbrigg with his first wife Margaret, a maid of honour to Queen Anne of Bohemia, the wife of Richard II. Sir Simon left space for the date of his own death, but this was never filled in as he was buried in Norwich with his second wife.

He is shown clad in armour this time, clasping a sword and standing on a lion. A lapdog wearing a collar of bells plays about Lady Margaret's feet.

Near the altar is another, smaller brass of a young woman. Her hair is loose, indicating an unmarried woman. The coat of arms and inscription are missing, so we do not know who the brass depicts. Beside the altar is a larger brass to Jane Coningsby, who was born to the Windham family, owners of Felbrigg Hall. She died in 1608 and is shown in stylish Elizabethan costume, with a large ruff and a widow's veil. Her brother Thomas Windham (d. 1599) has his own brass in the aisle.

On the east wall is a worn wall painting, thought to be 14th century. Other historic features include a 14th-century octagonal font with traceried panels and a royal coat of arms to George III. The chancel ceiling dates to 1785, and the nave ceiling retains some of its 15th-century timbers.

Set into the floor is a grave slab with a Latin inscription to Thomas Windham, dated 1652. In the nave are lovely box pews and a funeral hatchment to one of the Windhams of Felbrigg Hall.

St Margaret's is a beautiful country church. The location is superb, but it is the medieval brasses and the later memorials to the owners of the Hall that make this beautiful church worth seeking out. 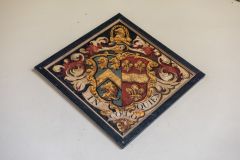 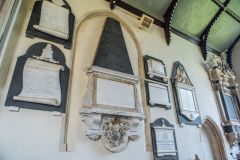 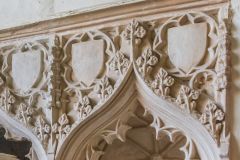 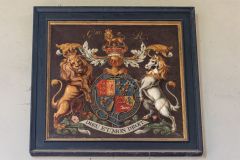 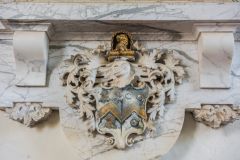