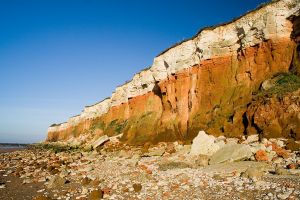 A holiday resort town on the north-west Norfolk Coast, Hunstanton was settled as early as Neolithic times. The original town here grew up at what is now Old Hunstanton. The 'new' Hunstanton grew as a resort in the Victorian period and had a fine amusement pier until 1972 when the pier was destroyed in a storm.

A medieval chapel dedicated to St Edmund stands on the clifftop, near the traditional spot where Edmund is said to have come ashore in AD 854 to claim his kingdom. He was later killed by marauding Danes. The chapel was built sometime before 1272 and was a ruin by the 16th century. Though it is usually called a chapel, it may have been a parish church.

Very little remains beyond a section of wall with a Norman doorway, and foundation walls showing the south wall of the nave and chancel. The chapel stands in Wolf Gardens, named for the wolf that was said to have protected Edmund's head after he was killed by the Danes.

Nearby is an old disused lighthouse, built in 1830. The lighthouse is something of a local icon and stands 4 storeys high with an iron balcony at the light level. The 19th-century lighthouse replaced a much earlier lighthouse, erected in 1665.

The first lighthouse was little more than a wooden tower with an iron basket of burning coals used to provide light. A subsequent rebuilding of the lighthouse in 1776 made use of the world's first parabolic reflector. The lighthouse closed in 1922 and is now rented out as a holiday cottage. 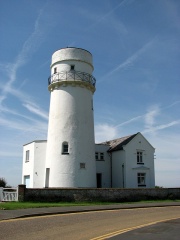 The growth of Hunstanton as a Victorian seaside resort owes everything to Henry Styleman Le Strange. In 1846 Le Strange decided to develop the land to the south of Old Hunstanton as a resort. To shift the focus of the town from old to new he moved a medieval cross to his new development site. You can see the cross on Greevegate.

Le Strange helped fund a railway line from King's Lynn and built a grand hotel at the top of a sloping triangular green. With the aid of his friend, the famous architect William Butterfield, Le Strange designed a model town in Gothic Revival style.

Much of the street layout and architecture of modern Hunstanton is the result of Le Strange's vision though he did not live to reap the rewards for his efforts. He died in 1862 and it was left to his son Hamon to profit from his father's efforts.

St Edmund's church was built in 1865 to a design by F Preedy. The striking exterior is built with a mix of flint and red chalk to create a striped effect. The oldest feature is a 15th-century font in the west porch, brought here from Fressingfield, Suffolk. The stained glass windows, one of which was designed by Sir Ninian Comper, depict scenes from the life of St Edmund.

The long-distance path known as the Peddars Way leads along the coast near Hunstanton, following the course of an old Roman road.

There are wide, sandy beaches to enjoy, and given the town's nickname of 'sunny Hunny', chances are that you really *will* enjoy them! 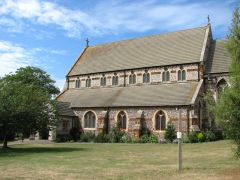 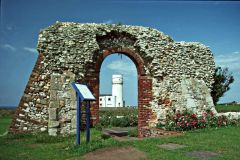 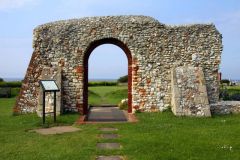 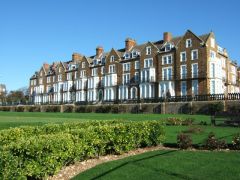 More self catering near Hunstanton >>

More bed and breakfasts near Hunstanton >> 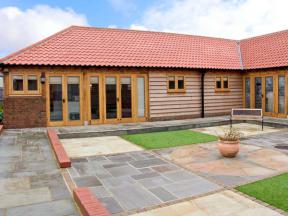 This cottage is situated in the town of Hunstanton in Norfolk and sleeps four people in two bedrooms.
Sleeps 4 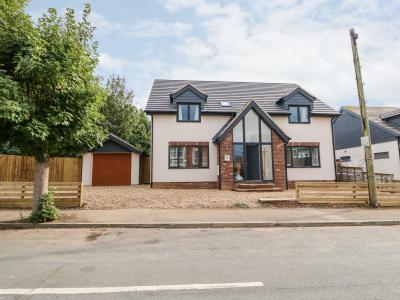 This remarkable cottage rests in Hunstanton in Norfolk, and can sleep ten people in five bedrooms.
Sleeps 10