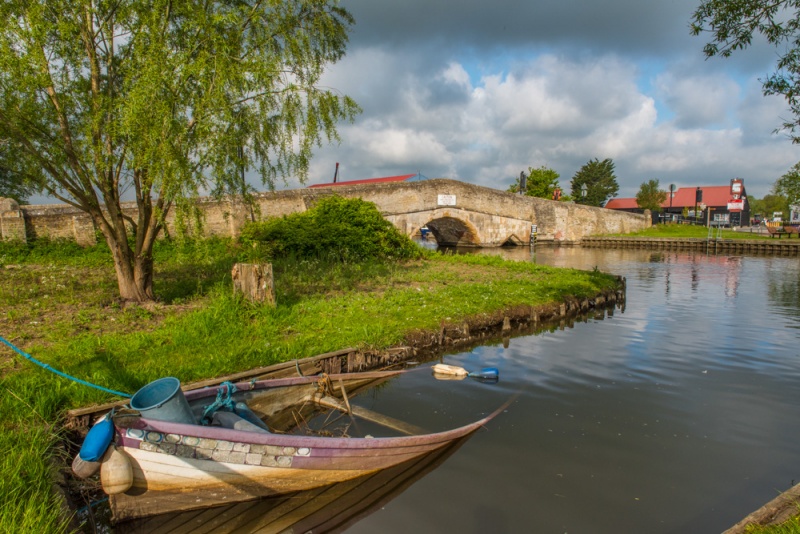 The medieval bridge at Potter Heigham

Potter Heigham is a popular boating centre in the heart of the Norfolk Broads. The medieval bridge of Potter Heigham is a Broads landmark, and the low height (6 ft 9 inches headroom) of the central arch provides a challenge for boats passing through. Many boating holidays start from Potter Heigham.

The bridge was built around 1385 and it still carries road traffic over the River Thurne. Motorists have to wait their turn to go over the humpbacked arch, but it is boating enthusiasts who need the most help. The bridge opening is so narrow that only small, narrow boats can pass through it, and then only at low water.

It is common to see large numbers of boats waiting on either side of the bridge for the water levels to drop low enough to make the bridge passable. Most boaters opt to have a qualified pilot from Phoenix Fleet boatyard, beside the bridge, take the helm for the bridge passage.

An old legend relates to the Potter Heigham bridge. The story is told that in 1742 Evelyn Carew was carried away on her wedding day in a phantom coach driven by skeletons. When the coach reached the bridge it burst into flames. Both Evelyn and her mother Lady Carew were lost.

Near the bridge, on the north side of the river, is Lathams, a popular department store, while the area south of Bridge Road is taken up by large boat hire companies and boatyards.

The parish church of St Nicholas dates to the 12th century. The striking tower has a round 12th-century base and an octagonal 14th century top. The interior features 14th-century wall paintings and a very unusual red brick font dating to the 15th century.

As far as I know, there are only three fonts made of brick in England and Wales, making the Potter Heigham example exceptionally rare. Perhaps the most important historic feature is the superb 15th-century hammerbeam roof.

Author Arthur Ransome used Potter Heigham as a setting for several of his popular children's books, including Coot Club (1934) and The Big Six (1940). We read the books to our children, and when we had the chance to visit Potter Heigham as a family it was a big thrill to see the places that Ransome describes so vividly. 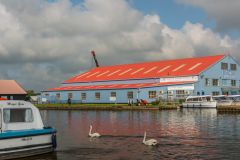 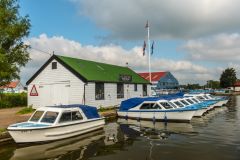 More self catering near Potter Heigham >>

This detached cottage rests near Potter Heigham and can sleep six people in three bedrooms.
Sleeps 6