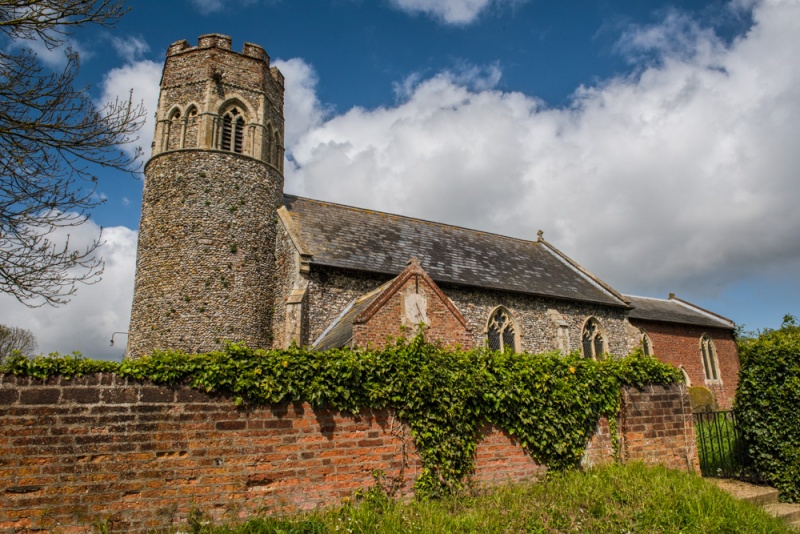 The hamlet of Repps (not to be confused with the larger North Repps or South Repps) lies on the east bank of the River Thurne, south of Bastwick. The villages are often combined into one name, Repps with Bastwick'.

The medieval church of St Peter serves both villages but is located east of Repps, and well south of Bastwick, in an area of flat farm fields.

The church is probably 12th century, but the round west tower has Saxon stonework in its lower stages. The belfry stage is 13th century, and the top battlemented stage was added in the 15th century. The tower holds a ring of three early 17th-century bells. 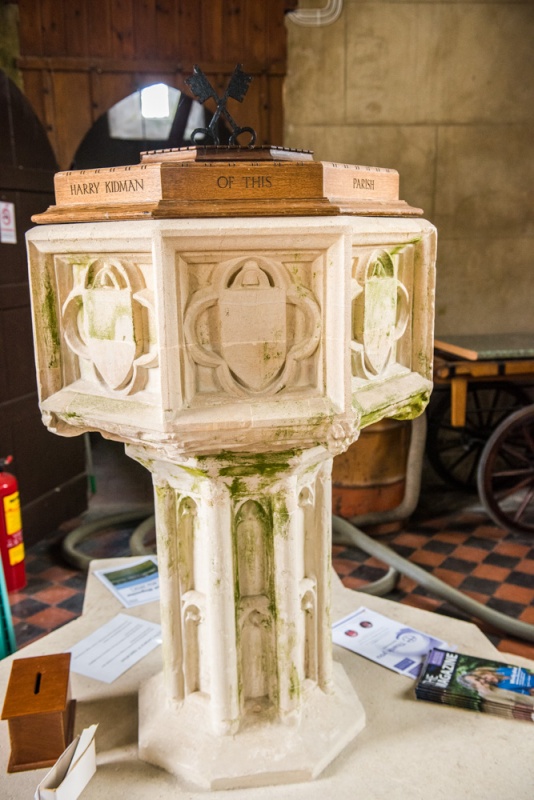 The nave is 14th century, and the original chancel was 15th century, but this was pulled down in the 18th century and rebuilt in brick, though it still stands on the medieval foundations. The south porch is also built of brick, but is earlier than the chancel, built in the 17th century.

Things get even more confusing inside the church, which was given a very thorough restoration in the 1890s. Some remnant of the medieval church were spared by the Victorians, most obviously a very nice octagonal 15th-century font.

Unlike many other Perpendicular fonts in Norfolk churches, the carving is quite plain. Aside from the font, the only real medieval feature is a piece of a 16th-century screen. On the wall is a plaque to POWs in the Far East. 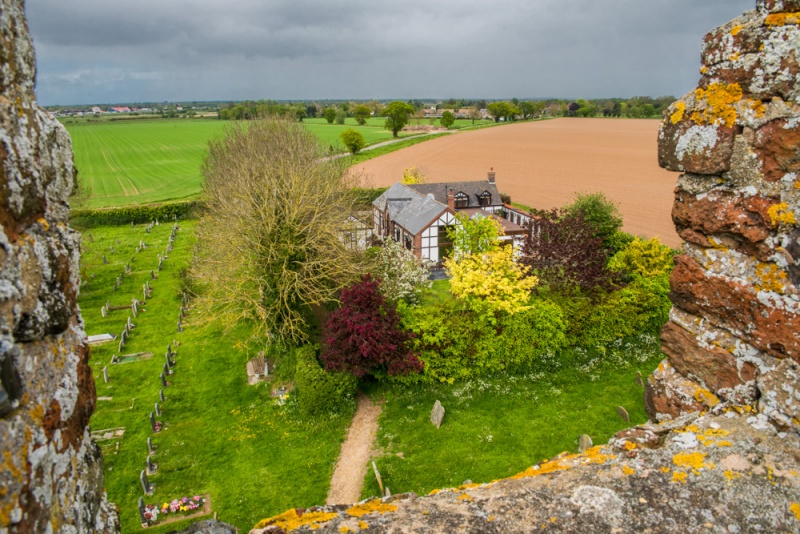 I had no intention of visiting St Peter's church. In fact, I wasn't even aware it existed. I was driving north from Thurne after photographing the windmill there, and heading for my holiday cottage on the edge of the Norfolk Broads. My route happened to lead me through the flat countryside between Thurne and the hamlet of Repps, and as the road twisted this way and that past farm fields I could see the intriguing shape of a round tower across the fields.

On the spur of the moment, I turned the car towards the tower and found a convenient layby near the church to park. When I entered the church I found a friendly man with cleaning equipment hard at work scouring the church interior and banging away mysteriously under the tower.

We chatted for a moment and he asked if I was interested in climbing up the tower to the parapet for views over the surrounding countryside. Naturally, I jumped sat the chance, though little did I know that the climb did not involve stairs but instead a series of ladders leading up through the tower interior in very dark, unlit conditions. It was a relief to emerge, still in one piece, at the top of the tower, where my guide proudly pointed out all the local landmarks and neighbouring churches I could spot in the distance.

After photographing for as long as I dared without abusing my guide's patience we descended once more, and I had a chance to explore the church itself. The most obvious feature of historic interest interest is the octagonal 15th century font, carved with blank heraldic panels inside quatrefoils on each of the bowl faces, and with double trefoil niches on the stem.

Set into the floor is a worn grave slab to Mary and Thomas Westgate. Mary died in 1781 at the age of 67, but Thomas lived until 1803 and died at the age of 90. A much older memorial is a small brass plaque with Latin lettering. My Latin isn't up to a translation, and I've been unable to find any information about the brass, but to my untrained eye it appears to be 16th century.

Over the brick porch entrance is a very worn sundial, its face almost obliterated by time.

I loved exploring St Andrew's church, and I'm so pleased that I made time to visit. My thanks goes out to my unknown friendly guide who offered me the chance to climb to the top of the tower. 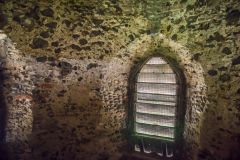 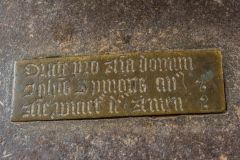 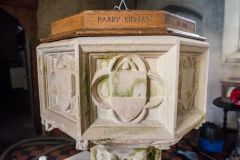 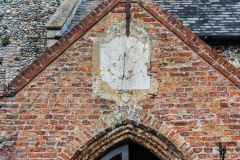