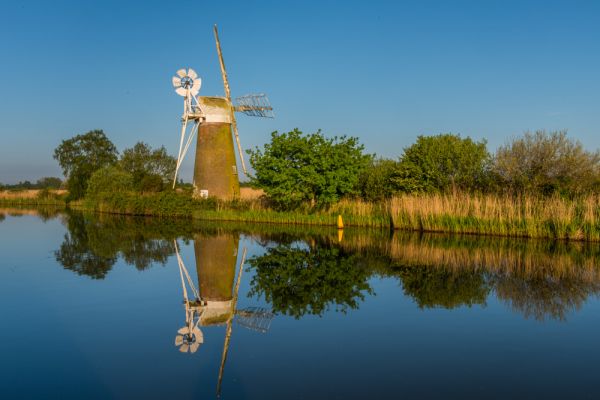 The 19th-century drainage mill at Turf Fen is one of the Norfolk Broad's most iconic sights, yet paradoxically, it is one of the least accessible historic buildings in the Broads. Though it is easy enough to view, actually accessing the mill is impossible except by boat.

The mill stands on the west bank of the River Ant, a short distance from the How Hill outdoor education centre. How Hill is easily accessed by a signposted minor road north of Ludham, but the mill is on the far bank, and there are no footpaths on the west bank.

The mill was built sometime around 1875 (some sources say 1880) to drain Horning marsh into the river Ant and make the fields on the west bank of the river suitable for grazing livestock. It was built by William Rust, a millwright from Great Yarmouth. Rust was also responsible for the drainage mill at Potter Heigham, erected at the same time.

The mill stands 31 feet high and has a tower of brick, divided internally into two floors, with a wooden main shaft. It is topped with a boat-shaped weatherboarded cap, with four double shuttered sails. Each sail is divided into seven bays. The mill direction is aided by a six-bladed fantail. The sails drive a unique double scoop wheel, which could be set to a low or high gear. 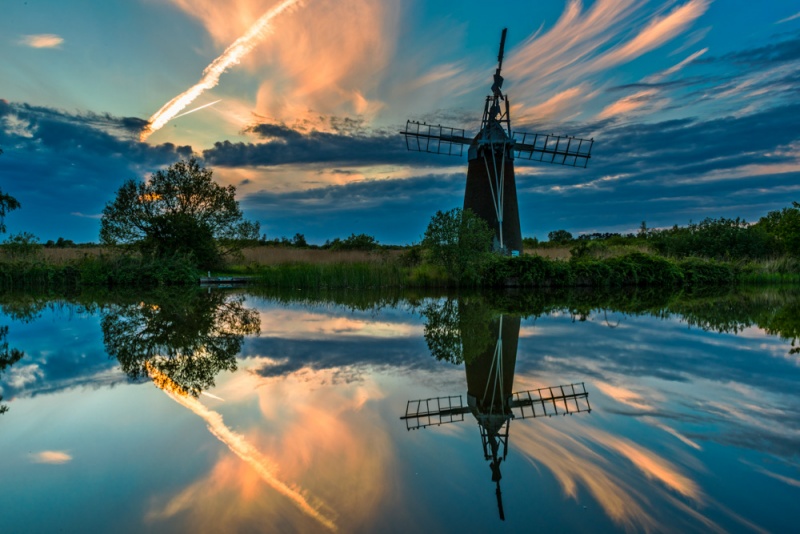 Turf Fen mill went out of service in 1920 when the fields were no longer used to graze livestock. In 1976 the mill was taken over by the Norfolk Windmills Trust, who began a restoration project. The mill was fitted with a new cap and sails, and restoration was completed in 1986. In 2007 trainee millwrights fitted new wooden paddles to the scoop wheel.

The easiest way to view the mill is to follow the footpath beside the mooring on the riverside, south from Toad Hole Cottage Museum and the How Hill centre. The mill is easily visible from the path, and you can get an unobstructed view of the back of the mill from the east bank at any time. 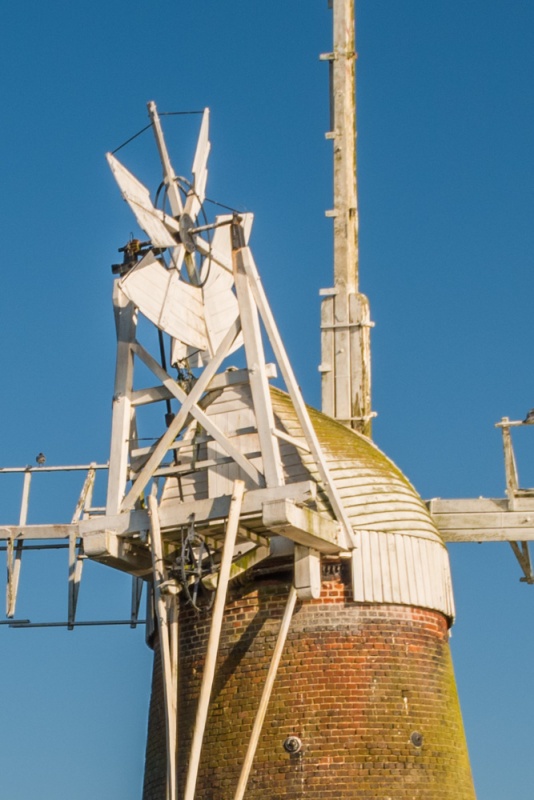 The fantail and cap

I have spent many long hours standing on the river bank photographing the mill, and it is one of my favourite places on the Norfolk Broads. Swans swim along the peaceful River Ant, and once in a while a boat drifts slowly past, but for the most part it is a blessedly quiet and incredibly atmospheric corner of the Broads.

A short walk north along the river bank from the Turf Fen site is Boardman Mill, another drainage mill, this time on the east bank and easy to access. By contrast to the Turf Fen Mill, Boardman's Mill is an open framed timber trestle design, built in 1897.

Beside the river is a thatched boathouse, and a short stroll away is Toad Hole Cottage Museum, a restored 19th-century marshman's cottage restored to show how it would have looked in the Victorian period.

If you're arriving by car the easiest place to park is at the How Hill parking lot. Just follow the trail across the wide lawn to Toad Hole, and beyond to the riverside mooring. Turn left (south) and you will see Turf Fen Mill in the distance ahead of you.

Another, longer way to reach the mill is to walk along the footpath from Ludham Bridge. The path follows the course of the River Ant, along the east bank, for over a mile. Its a very scenic walk, but the trail was overgrown in places when we tried it in August. 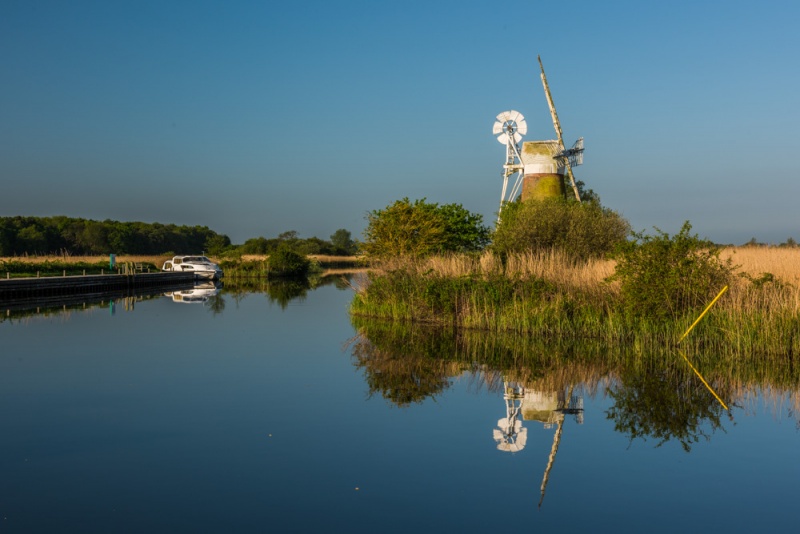 The mill and the River Ant