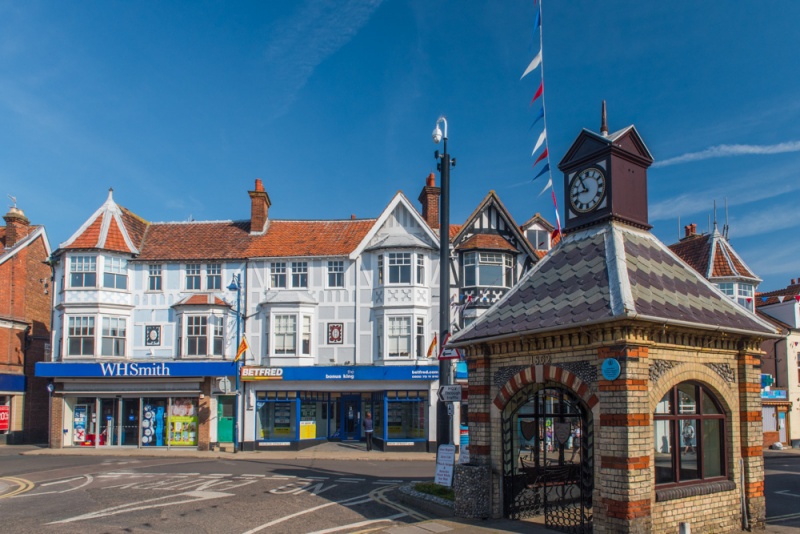 The Victorian water supply and High Street shops in Sheringham

Sheringham is a popular market town on the North Norfolk Coast, just to the east of Cromer. The town is blessed with a long, sandy beach and traditional resort facilities, making it a popular destination for seaside holidays. 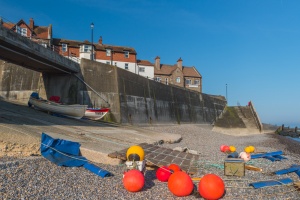 There were traditionally two Sheringhams, Upper and Lower, with the Upper community further inland focussed on farming and the Lower community along the seafront focussed on fishing. In the late 19th century, Sheringham was a major centre for crab and lobster fishing, supplying London markets with the help of the Midland and North Norfolk Railway.

The prosperity of the late Victorian fishery explains the 19th-century ambience close to the seafront, with most of the shops and dwellings dating to that period. On the High Street is a picturesque Victorian water supply, erected in 1862 on the site of the town's stocks and pillory.

The North Norfolk Railway is now a heritage line, running regular steam train journeys between Sheringham and Holt on what is known as 'The Poppy Line'. In the opposite direction, the line to Cromer and Norwich is known as The Bittern Line.

Sheringham Museum on Station Street is located in a set of old fisherman's cottages and has displays covering the history of Sheringham and area. Included is the story of Sheringham's experience of WWI when the town was the first place in Britain to be hit by bombs. There are old lifeboats on display. Sheringham is supposedly the only place in the world to have four of its original lifeboats. The museum owns 3 of these, with the oldest being JC Madge, launched in 1904. 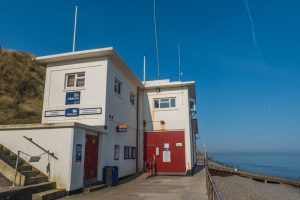 The Anglican parish church of All Saints has a curious medieval carving of a mermaid on the armrest of a pew. This relates to an old legend that tells how a mermaid was so anxious to visit the church that she snuck past the beadle to hear a service. Another historic church is the Roman Catholic Church of St Joseph, designed by Sir Giles Gilbert Scott in 1902.

A seaside promenade runs along the shore, with an RNLI lifeboat station at the western end, and dramatic high cliffs beyond. Along the shore is Fishermans Slope, where fishing boats were traditionally hauled up on shore by a tractor or a winch.

The picturesque Slope has recently been given a makeover, with a concrete pedestrian walkway above the boat ramp, offering excellent views over the shore below. The promenade has been decorated in places with vivid paintings portraying traditional scenes from daily life in the fishing port.

Just inland from the town is Sheringham Park, with the stately home of Sheringham Hall set amid landscaped parkland laid out by Humphry Repton in 1812. Repton, widely regarded as one of the greatest English landscape gardeners, designed a picturesque landscape with carefully contrived viewpoints focussed on features in the landscape like church towers, trees, and follies.

Three miles away is the stately home of Felbrigg Hall, a 17th-century mansion set in superb gardens. 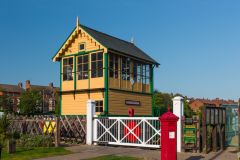 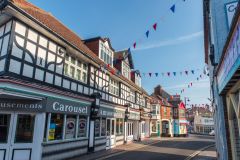 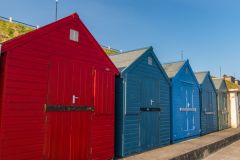 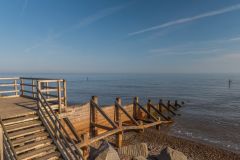 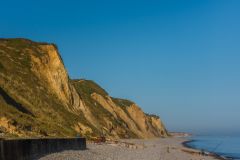 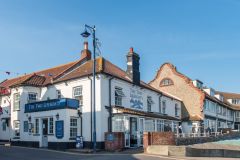 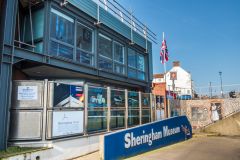 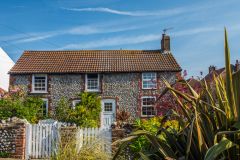 More self catering near Sheringham >>

More bed and breakfasts near Sheringham >>

This semi-detached cottage is in the village of Sheringham near to Cromer and can sleep four people in two bedrooms.
Sleeps 4 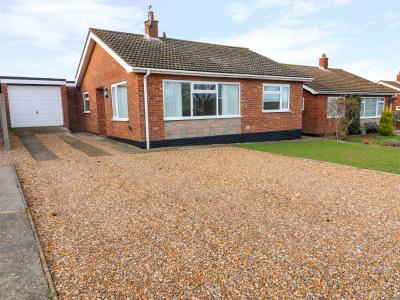 This single-storey cottage sits on the edge of Sheringham in Norfolk and can sleep six people across three bedrooms.
Sleeps 6