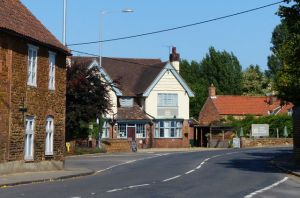 A seaside village in north-west Norfolk, Snettisham has a wide, sandy beach. Nearby is an extensive RSPB reserve, providing excellent bird-watching opportunities. At high tide, tens of thousands of wading birds take flight as the incoming tide overwhelms the mudflats.

The reserve is home to hundreds of thousands of birds in autumn and winter, with safe habitat provided by large lagoons. Regular species include godwit, curlew, peregrine falcon, plover, and oystercatcher. There is a circular trail around the reserve, with 3 bird hides for the public to observe the native birds up close.

St Mary's parish church is the most intriguing historic building in Snettisham, with a lovely spire rising high above the surrounding countryside, and a stunning west window with lovely tracery. The spire was such a striking landmark that sailors navigating The Wash used it as a landmark. In 1915 Snettisham church was the first in Britain to be hit by bombs.

The church dates mainly to the 14th century and is a superlative example of Decorated Gothic style. The pulpit is a mix of Victorian and medieval woodwork.

The long-distance Peddars Way footpath runs close by the village, and the royal home of Sandringham House is only three miles away. There are miles of public footpaths in and around the village, making Snettisham an appealing centre for walkers.

One of the most interesting historic buildings is the Elizabethan Hall, dating to the 17th century. The Hall was home to the Strickland family for many years before serving as a nursing home and private dwelling. The local pub is the Rose and Crown, which dates to the 16th century.

The 'hoard' is not a single discovery but several finds of Iron Age and Romano-British jewellery found in the Snettisham area from 1948-1973. The first finds of mainly Iron Age precious metal objects included over 170 gold torcs. Then in 1985, a collection of later Romano-British jewellery was found buried in a clay pot dating from around AD 155. Most of these gold objects are now in the British Museum in London. 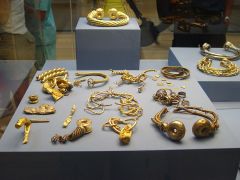 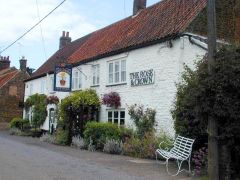 More self catering near Snettisham >>

More bed and breakfasts near Snettisham >> 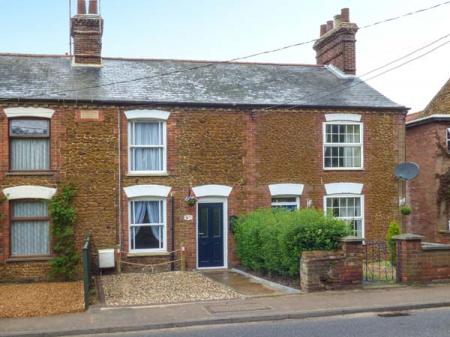 This terraced cottage is in the village of Snettisham near to Heacham and can sleep four people in two bedrooms.
Sleeps 4

This terraced cottage is situated in the village of Snettisham near Heacham, and can sleep three people in two bedrooms.
Sleeps 4