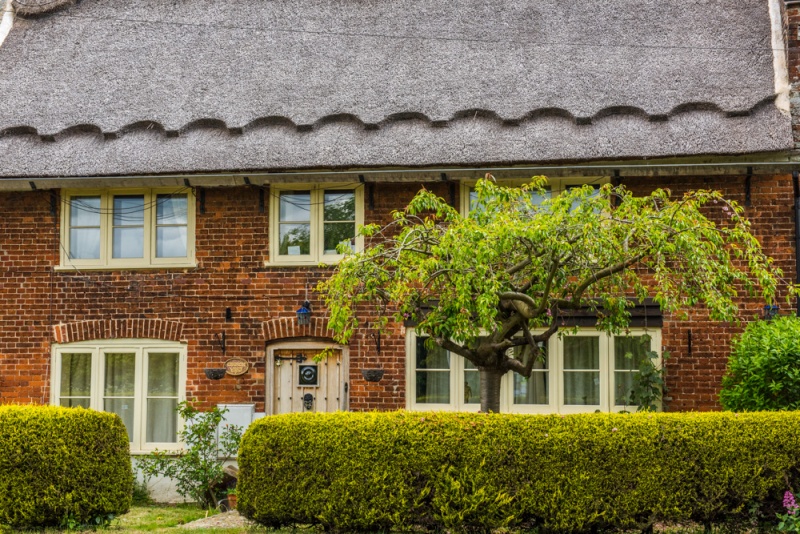 A lovely village in north-east Norfolk, Worstead is famous for the heavy cloth called 'worsted' that was woven here since the Middle Ages. An influx of weavers from Flanders in the 12th century led to a burgeoning industry in cloth production, and Worstead owes its prosperity to this industry. One of the wonderful painted
screens in Worstead church

The weavers came at the invitation of Edward III, who married Philippa of Hainault, a Flemish princess. Many of the larger houses used by medieval weavers still stand in the town, and memorial brasses to several of the more prosperous weavers can be seen in St Mary's church. Look for the brass to Thomas Whatt, who died in 1506.

The church is a superb 14th-century building, full of historic and architectural interest. It is quite splendid, a testament to the wealth of the local weavers who built it. There is a lovely painted medieval rood screen which is rightly famous, though the vivid painting has been retouched.

The Worstead wool production and weaving were so important that in 1497 the House of Lords passed the Taking of Apprentices for Worsteads in the County of Norfolk Act, to regulate the trade. The act is the oldest kept in the House of Lords Record Office.

Worsted cloth is made from long-staple wool made from well-twisted yarn but is much stronger, finer, and durable than woollen wool, which tends to be used for knitted garments. By contrast, Worsted cloth is used to make tailored garments such as suits. Though the village gave its name to the worsted cloth, there has been no cloth production here since the last weaver died in 1882.

Worstead was mentioned in the Domesday Book when it was called Ordested. Cnut gave the Worstead estate to the Abbey of St Benet, near Horning and the abbey held the manor throughout the medieval period. 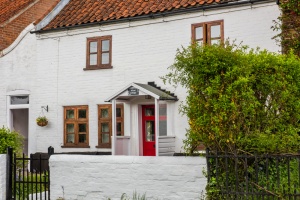 We've mentioned the church already, but there are a wealth of historic buildings surrounding the churchyard. The parish council has published a very useful Heritage Trail leaflet, available locally, and the leaflet information is reproduced on a sign just outside the churchyard.

To the north of the church is the Manor House, which began as a 14th-century hall. The east range has a frontage from 1690 but that just hides the ancient timbers behind. The upper floor is a weaving loft added in the 15th century.

Across from the Manor House is Geoffrey the Dyer House, named for Geoffrey Litster, a cloth dyer, who led the Peasant's Revolt of 1381 in North Norfolk. The Revolt was a mass movement of the lower classes who complained about low wages and mistreatment by their lords. Thousands of men and women marched on London, where they were fobbed off by the boy-king Richard II.

After the rebels dispersed, the king savagely dealt with the leaders. There are two ranges; the east-west range includes three 18th century weaver's cottages, but the north-south range dates to at least the 16th century and probably has a much older core.

Opposite the church to the east are three historic properties. Norwich House is at least 15th century, for it includes stones from the rebuilding of St Mary's chancel in 1484. Beside it is The Thatched House, dating to the late 17th century. The huge chimney stack suggests that the building is actually much earlier. Next is St Andrew's Cottage. Above ground, it is a pretty 17th-century house, but below ground is an early 15th-century vaulted undercroft used to store wool.

Beside Church Cottage is The White Lady pub. The pub dates to 1825 and replaced an old inn close to the east end of the church. The old inn was torn down because drunken weavers were disturbing church services. The new pub was built over medieval cellars used for storing wool in cool conditions.

The pub was renamed the White Lady after the old story that a ghostly lady appears in the church on New Year's Eve. According to legend if anyone sees the White Lady they will suffer an untimely death. Another version of the story casts the white Lady in a more benevolent light; for it is said that the spectre is a healer, who appears when there is illness.

NB. I've visited Worstead and its wonderful church several times, and never seen the White Lady or had any inkling of an unnatural presence. Then again, I've not been there on New Year's Eve!

At the northeast edge of the village is Church View House, formerly the King's Head pub (1774-1970).

These are just a few of the historic buildings in Worstead. It is a truly lovely place to explore, full of history, and well worth the time to visit. 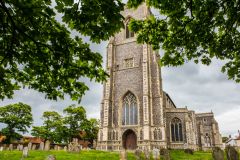 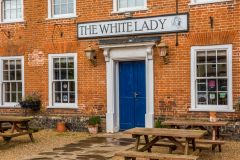 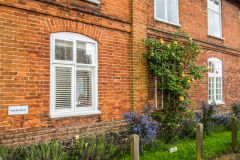 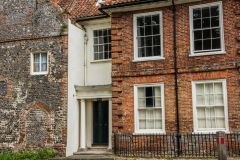 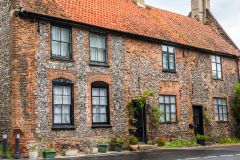 More self catering near Worstead >>

More bed and breakfasts near Worstead >>