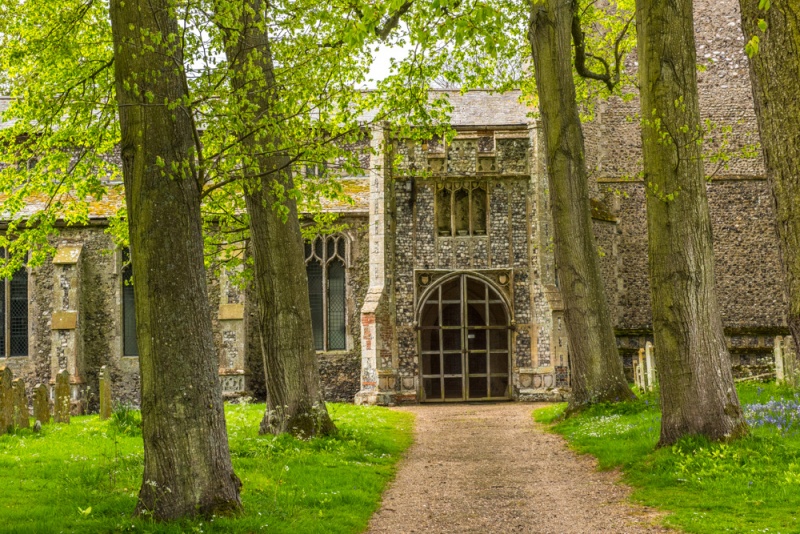 St Michael and All Angels stands almost alone, with just a few lonely houses for neighbours and about 15 minutes on foot from Barton Staithe and the eponymous Broad.

The church dates to the 14th century, and boasts a striking 15th-century tower that rises in four stages to a parapet. The stage below the belfry chamber is pierced by ornately traceried sound holes.

Despite the name, they are not made to carry the sound of bells, but act as ventilation ducts. The bell sound emerges from belfry openings at the top of the tower. There are six bells, the oldest of which was cast in 1535 and was brought here from the church in Potter Heigham. There is also an original bell cast in 1615 for this church.

The tower was erected around AD 1400 and features figures of the four evangelists acting as pinnacles at each corner. Diagonal buttresses rise the whole height of the tower. The west tower door still boasts its original finely carved tracery panels, and around the base of the tower are two courses of traditional Anglian chequered flintwork.

The 14th century south porch (now the vestry) has a mass dial on the south-east quoin. The main entrance is through an imposing Perpendicular porch on the north side of the nave. Around the base of the porch are shields interspersed with small carved faces. The porch shelters a doorway carved around AD 1300.

The nave arcades are also from 1300, but large 15th-century windows have been added. The font is also from 1300 and is carved with lancet patterns. The wooden font cover was made locally to celebrate the coronation of Elizabeth I in 1953. It incorporates 17th-century panels that were part of a Victorian vestry screen. Parts of this screen are now under the tower arch. 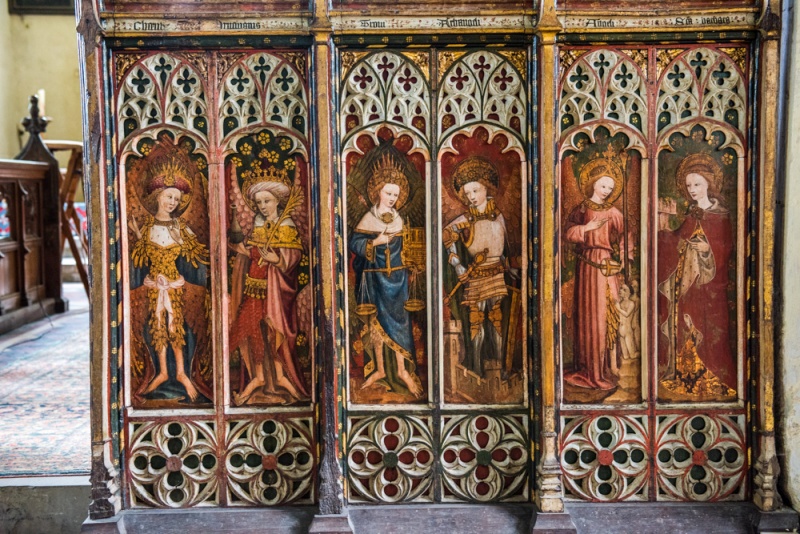 The west window glass depicts the Baptism of Christ and dates to 1871. In the north-east aisle window is a panel of medieval glass, including a head of the Virgin Mary dated to around 1350 and a 15th century crowned head of Christ.

All these historic features are fascinating, but what really makes a visit to Barton Turf worthwhile is the superb 15th century painted screen separating the nave and chancel. The screen retains much of its original colour, and rib vaults that supported the rood loft.

The painted panels probably date to around 1450, and depict the hierarchy of nine orders of angels. Thankfully each angel has its name painted on the rail above its likeness. On the north end are St Apollonia and St Sitha, and at the south end is St Barbara. Another four panels stand between the south aisle and the south-east chapel. These show four saintly kings; St Olave of Denmark, Edward the Confessor, St Edmund, and Henry VI.

In the chancel is a pillar piscina, and the chancel pews have medieval bench ends. The 'barley-twist' supports for the communion rail were brought here from a local stately home.

Set into the south-east chapel floor is a brass to Thomas Amys and his wife, dated 1445. The inscription tells us that the Amys couple 'dede make this Chapil of Seint Thomas' (i.e. paid for the chapel, which was dedicated to St Thomas). On the chapel wall is a memorial to Anthony Norris (d. 1786) and his son John (d. 1762). On the east wall is a memorial to Anthony's wife Sarah, who died in 1787.

St Michael's is a delightful country church in a beautiful rural Broadland setting. The combination of the medieval screen and ancient woodwork make it a wonderful church to explore. 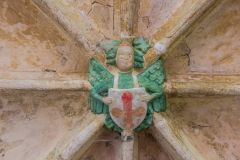 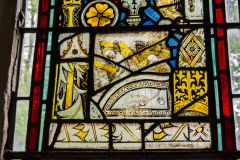 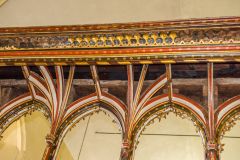 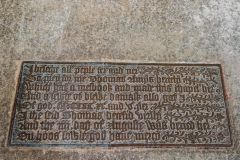 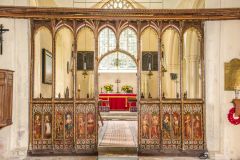