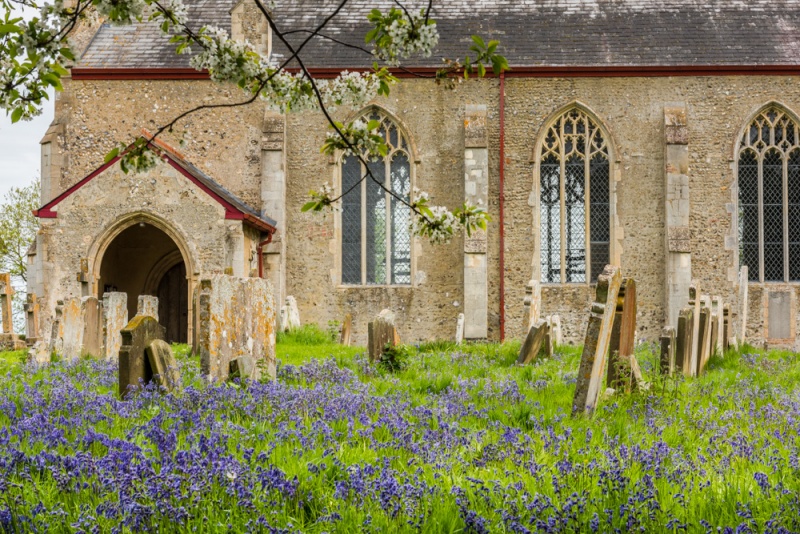 There has been a church at Smallburgh since at least the 12th century, but the present building is entirely a product of the 15th century. The medieval west tower collapsed in 1677 and was replaced with a smaller tower, which was itself replaced in 1902 with a peculiar, truncated double bellcote over the west gable.

The collapse of the tower damaged the 14th-century font, which had to be recut.

You enter through a south porch, inside which is part of a medieval grave slab, cut lengthwise. The other half of the grave slab is under the north wall. The handy church guide speculates that the slab may commemorate a 13th-century benefactor of the church, who was buried in the north-east corner of the nave. The door itself is 15th century.

One of the first things that catch your eye are the colourfully painted roof timbers of the nave, like a kaleidoscope of red, cream, and black patterns. The roof was painted under the direction of the wife of Rector James Milne, who served for the parish over 30 years (1898-1929). Running around the wall plate is the text of the Te Deum canticle. 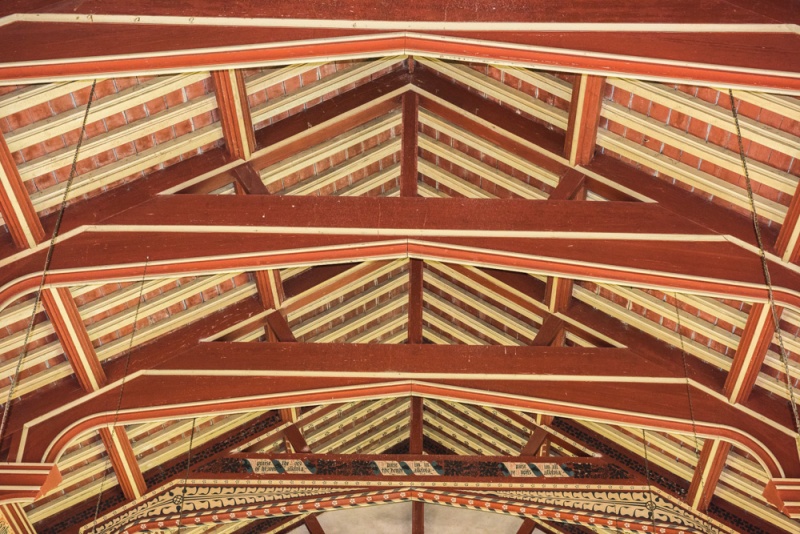 By contrast with the painted roof is the original 15th-century screen, now missing its upper part. The base panels are in very good condition and boast eight painted panels depicting saints. The saints have been literally 'de-faced' during the Reformation when iconoclasts destroyed 'Papist' images. Some of the saints can be determined by their symbols, such as St Giles with a hind being slain by an arrow, St Laurence with a gridiron, and St George slaying a dragon, but several are unknown, and may represent Bishops or the Latin Doctors.

Above the pulpit are more painted panels from the screen, depicting St Peter, to whom the church is dedicated, and a pair of figures who cannot be identified.

In the chancel is a 14th-century sedilia and piscina, and there is a second piscina in the south-east corner of the nave. The octagonal font is probably 14th century.

Under the nave flor is a 1904 coke furnace which once heated the church. The stove was crafted by the Gidney company of Dereham and you can see the damper and firebox beside the south door. 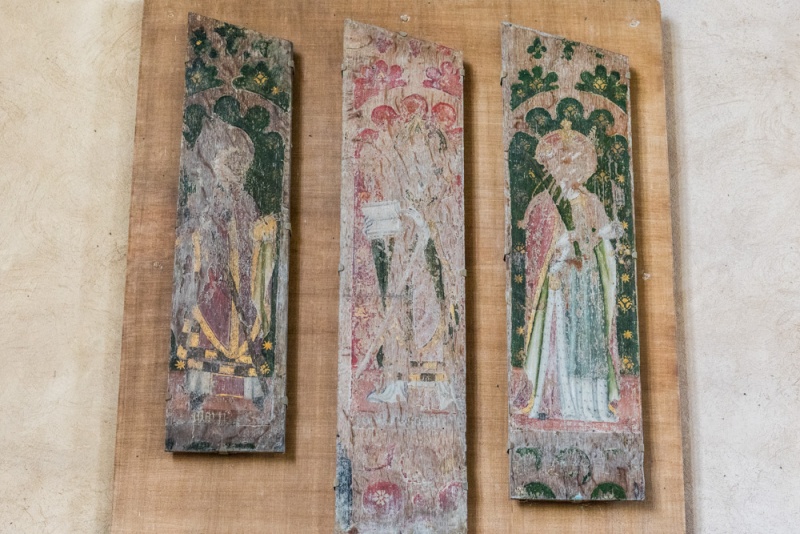 There are several very good wall tablets in the chancel, including an ornate marble tablet to Rev. Richard Oram, who served as rector for 50 years and died in 1762. The Oram memorial was sculpted by Thomas Rawlins of Norwich, one of the best-known sculptors of his day. The inscription is a rather florid and completely wonderful example of 18th-century sentiment. It reads:

Reader,
Learn from Him the genuine effects
of Virtue and true Religion even in THIS WORLD.
Temperance
was recompensed with an enlarged Portion of Health & Years.
Piety and Devotion
Secured to Him that heart-felt Satisfaction,
which Themselves can only inspire.
Integrity and Charity
Engaged the Confidence and affection of all who knew Him.
But look farther and with Him expect
the certain Rewards of ETERNITY.
For, content to have been obscurely good,
and exalted with every Christian Hope
He departed this Life March 5th 1762, Aged 80 Years.
Lamented by his Friends; Unknown to an Enemy.
Let my last End be like His!

Beside the Oram memorial is a poignant tablet to a 2-year-old child.

In the south aisle is an elegant wall monument to John Postle (d. 1855). The epitaph tells us that '... His knowledge of the law, his sound judgement, his unvarying politeness to his coadjutors, and his kind consideration for the poor deservedly obtained for him the approbation of all classes'.

Set into the aisle floor are grave slabs to other members of the Postle family, and upon the south chancel wall is a slate monument to Robert Bono (d. 1753). 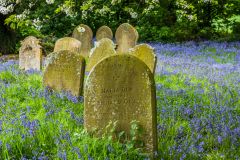 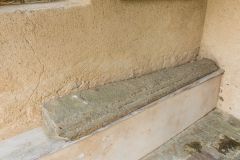