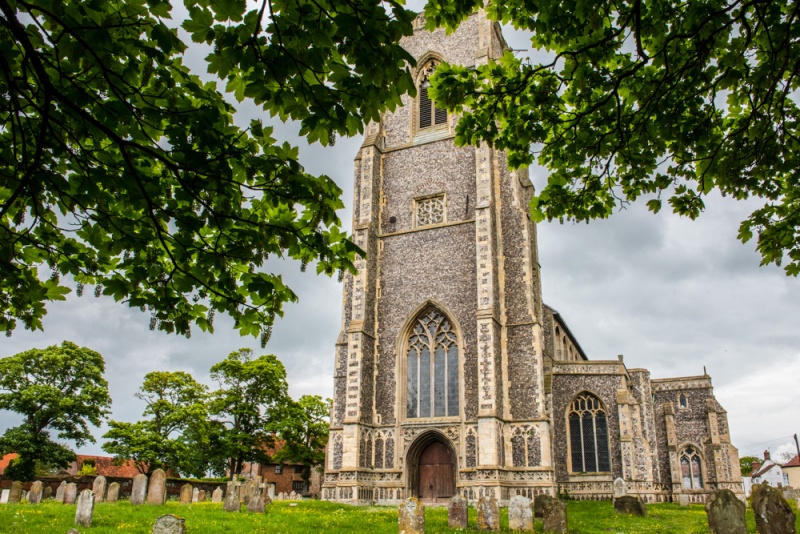 If ever a church illustrates the wealth of the Norfolk wool trade in the medieval period it is St Mary the Virgin in the pretty village of Worstead, the village that gave its name to the cloth. The church was begun on the proceeds of the wool trade in the 14th century, and it quite literally towers over the historic houses that line the streets of this small village.

St Mary's is easily one of the most impressive medieval churches in Norfolk, and a testament to the wealth the wool trade brought to the region. Cloth was made locally as early as the 13th century, but an influx of Flemish weavers in the following century made Worstead a centre of the wool trade and a major producer of woollen cloth.

Though the building was begun in the early 14th century and remodelled later that century after the devastating effects of the Black Death had begun to wane, the church we see today is a product of the 15th century, when Perpendicular Gothic was the fashion. The one exception is the chancel with its huge Decorated east window.

The 15th-century additions included a superb hammer-beam roof, supported on wall corbels. The corbels are decorated with coats of arms to church patrons, including the families of Rous, Stapleton, Thurlow, and Wharton, plus St Benet's Abbey and Norwich Cathedral.

The roof is stunning, but the feature that draws the most attention is the late medieval screen, inserted in the early 16th century. The screen is beautifully painted with 16 figures, among them the rare figure of St William of Norwich. 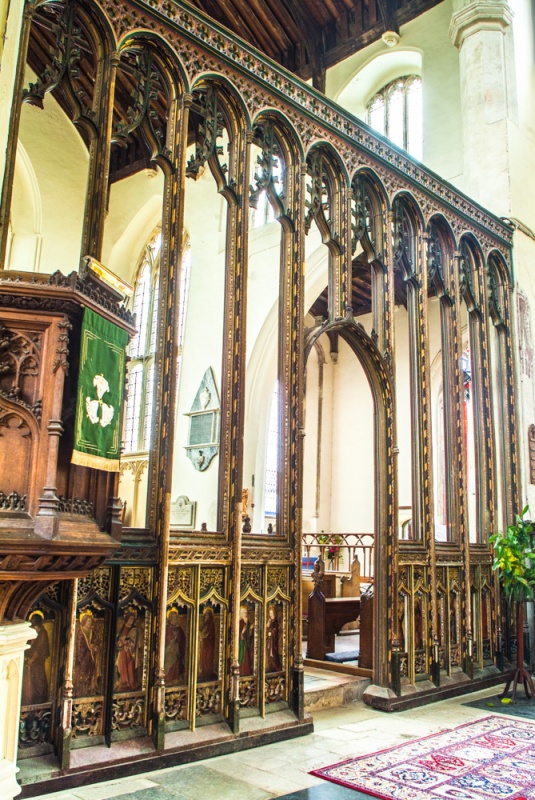 William's cult was controversial, in that it involved the first accusations of ritual murder by Jews in medieval Britain. William of Norwich (1132-1144) was a young boy, an apprentice tanner, whose work brought him into contact with the small Jewish community in Norwich. His body was found on Mousehold Heath, outside Norwich, apparently murdered.

The local residents accused the Jewish population of Norwich of murdering William in a form of ritual sacrifice, a tale that was embellished over time. Jews of Norwich were called to a trial by ordeal at an ecclesiastical court but were spared because the court had no jurisdiction over non-Christians.

Miracles were attributed to St William, and a minor cult grew up around him and images of the boy saint were painted for several churches close to Norwich, including Worstead.

Another unusual painting on the screen is St Wilgefortis, or Uncumber, a reputed princess of Portugal, who vowed celibacy and grew a beard to keep unwanted suitors away.

Though the superb chancel screen gets most of the attention, it is not the oldest screen in the church. Flanking the central screen are parclose screens at the east end of the north and south aisles. These two screens are at least a century earlier than the large chancel screen. They boast quite incredible fan vaulting and beautifully detailed paintings of robed figures in the base panels. 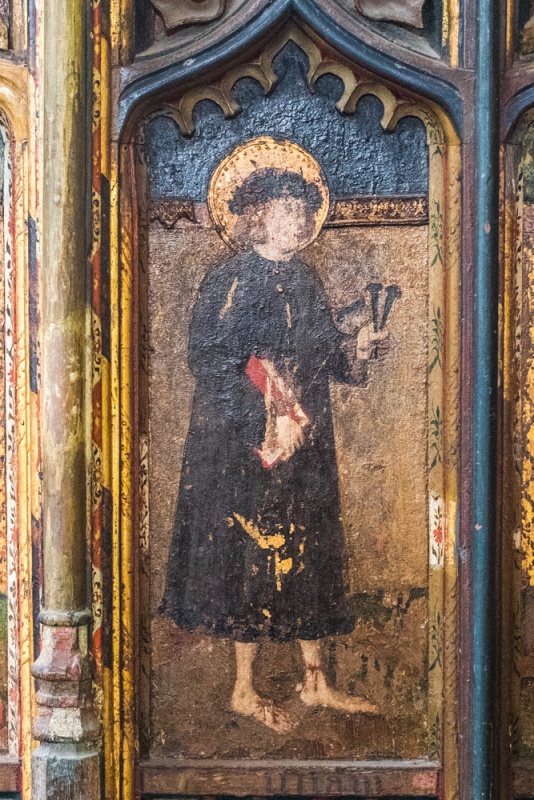 St William of Norwich on the screen base

So stunning are the screens that it is easy to miss some of the other historic features inside St Mary's. The font is late 15th century, set upon a raised dais of steps. Each step is carved, with the carving detail becoming more ornate with each step. The font is topped with a richly detailed wooden cover, rising in a complex arrangement of flying buttresses and struts, suspended from the tower.

At the tower arch is another screen, in the same style as the parclose screens. The paintings on the screen base are modern, depicting Biblical virtues. The design is modelled after stained glass windows in New College, Oxford.

Over the north door are three funeral hatchments to Sir Berney Brograve (d. 1796) and his wives, both named Jane. Over the south door is a hatchment for Robert Berney (d. 1828). There are three wall monuments to members of the Berney family throughout the church.

The most interesting historic memorial is a monumental brass to John Yop, Rector (d. 1404). In the centre aisle is a brass to an unnamed civilian, dated to around 1502. Near the screen is a later brass to John Albastyr (d. 1520). Albastyr and his wife Alice gave money for the chancel screen in 1512. An inscription detailing their gift runs across the central beam of the screen.

A persistent legend says that the church is haunted by the spirit of a 'white lady'. Unlike many ghost stories, the white lady is a kindly spirit, and a healer who is said to appear when there is an illness. Visitors to the church have reported being healed from ailments.

Another version of the tale does not portray the spirit in such a kindly light; in this version she is said to appear on Christmas Eve, and if anyone sees her they will suffer premature death. The ghost of Worstead legend lives on in the name of the pub just outside the churchyard, which used to be called The New Inn, but has been renamed The White Lady in honour of Worstead church's resident spirit.

I've been fortunate enough to visit Worstead twice, and each time I've come away shaking my head in awe at the church and its historic treasures. St Mary's is truly among the great medieval churches, not just of Norfolk, but of England. 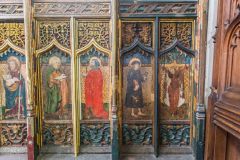 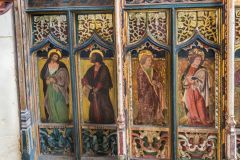 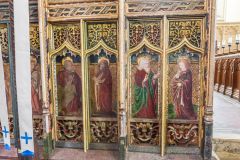 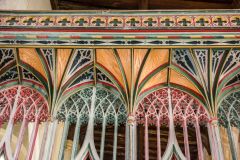 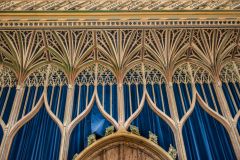 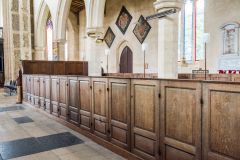